After the Armistice ended World War I in November 1918, the United States government announced plans for a victory bond drive. The Ohio War Savings Committee offered a contest for all Ohio counties, with the county that raised the most money receiving this monument. Morrow County was the winner

Known at the time as the "Victory Shaft" this memorial stands in the center of the town. 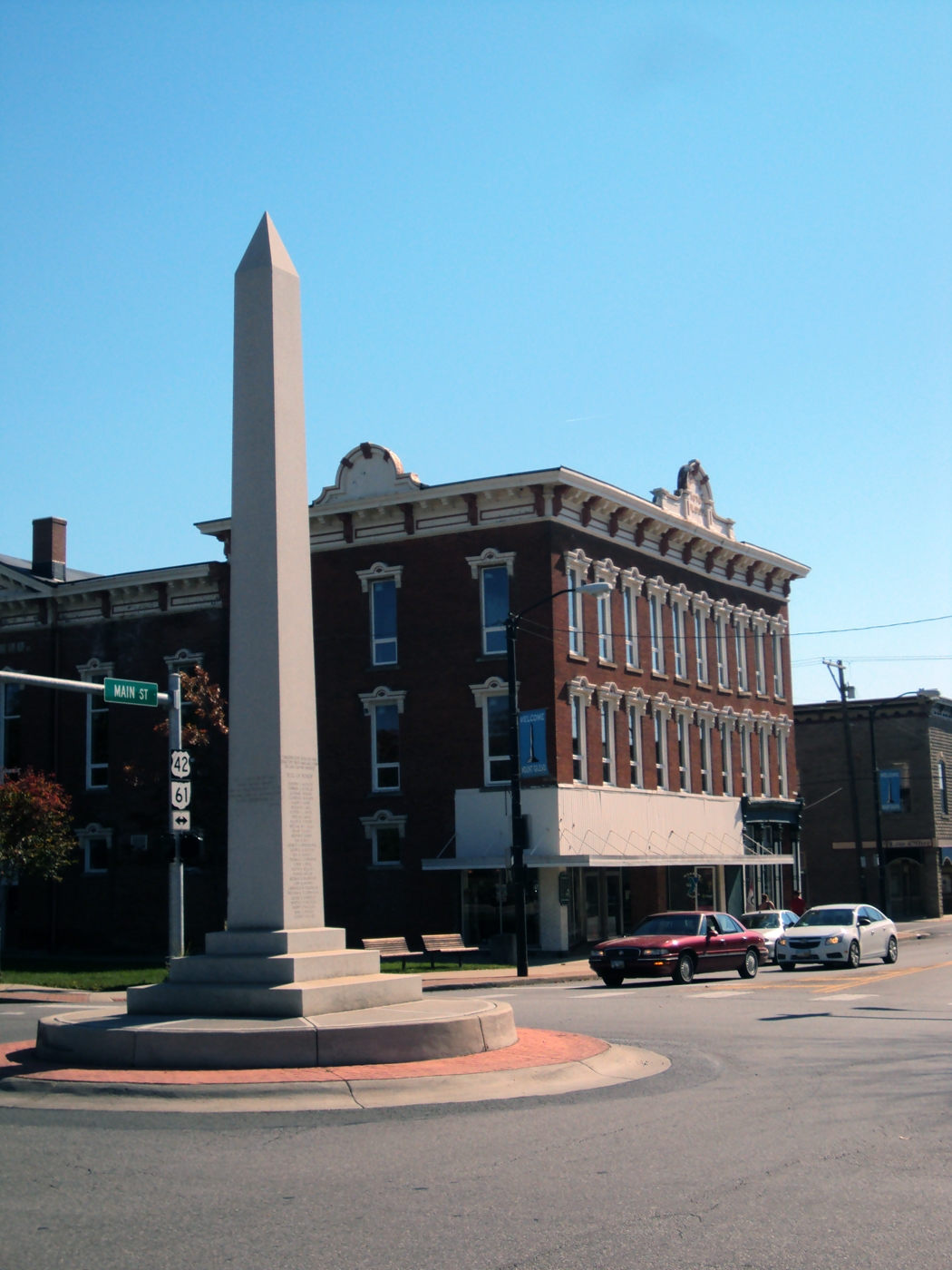 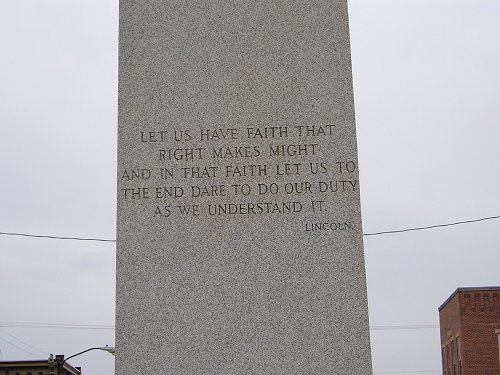 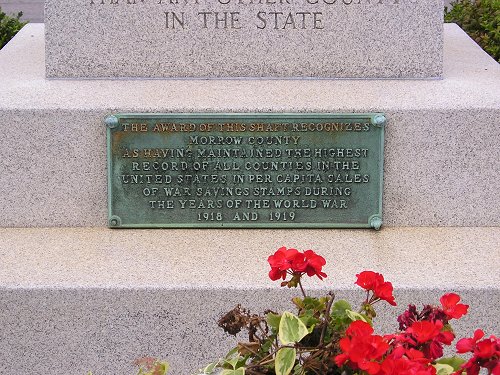 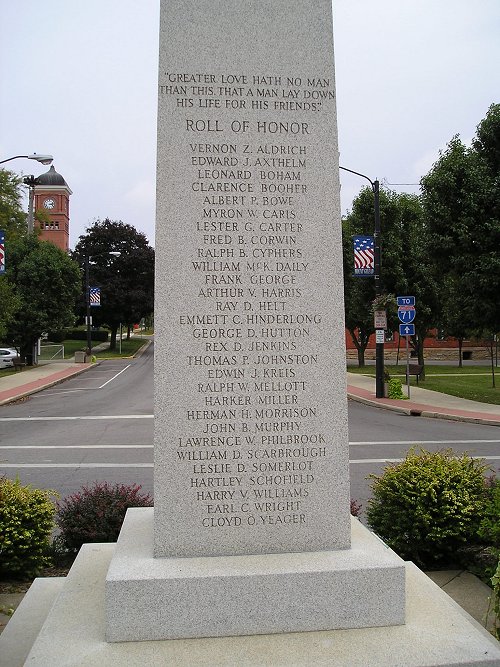 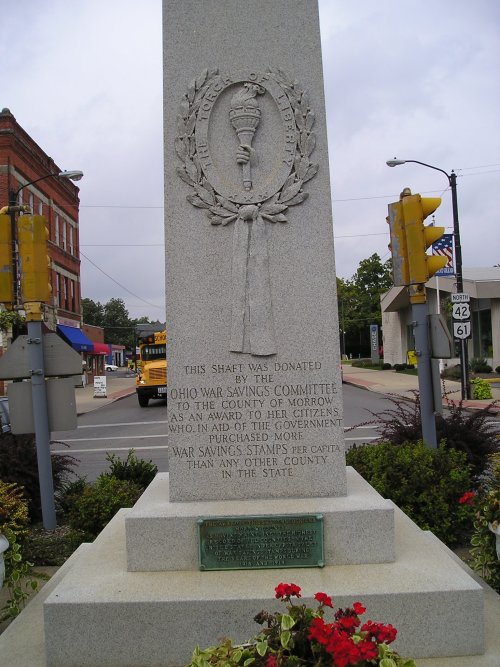 Over 10,000 people attended the dedication of the "Victory Shaft" monument which recognized the county's fundraising efforts as well as the military service of Morrow County residents during what was then known as The Great War (today the conflict is known as World War I). Addresses were delivered by United States Senator (and future President) Warren G.Harding, as well as WIlliam G. Sharpe, the former ambassador to France, and Harry P.Wolfe, state director of the Ohio War Savings Committee.

The memorial was awarded to Morrow County and placed near the center of the Mount Gilead, the county sear. Although this small town of less than 3,000 people did not raise the most money, the contest was judged on a per capita basis, making it possible for smaller counties to win the contest. The monument has the following inscription on all four sides:
"Dedicated in honor of all Morrow County men and women who wore the uniform of their country and served under the colors during the World War of 1917-1918 and to the memory of those who relinquished all that liberty might not perish."

The monument also has a quote by President Abraham Lincoln: “Let us have faith that right makes might and in that faith let us to the end dare to do our duty as we understand it.