The US Army Air Corps announced the creation of this training base on June 26, 1941-six months before Pearl Harbor. On August 12, 1941, Recognizing the economic boost of a pilot training facility, Columbus city officials entered into a lease agreement that allowed the War Department to operate the base for one dollar per year.

Entry to the base 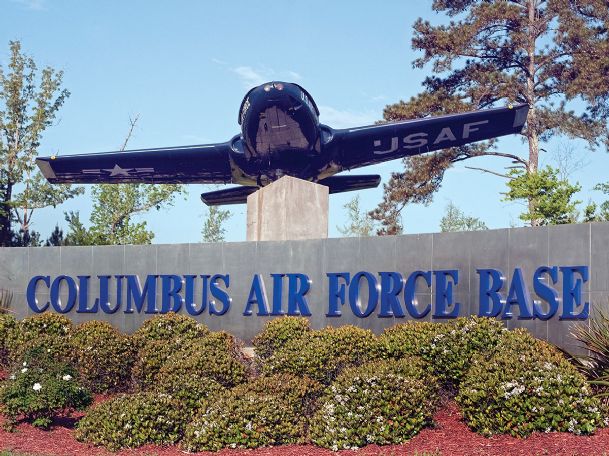 Visit of the NASA shuttle Atlantis in 2009 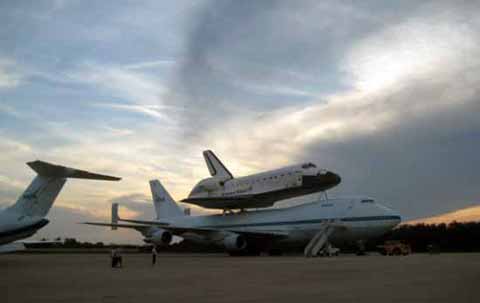 The new pilot training base was home to the Columbus Army Flying School. The first twenty-five pilots came from Barksdale Field in Louisiana. These 25 men had already completed some training, and they graduated from the Columbus Army Flying School in less than a month. The size of the next training courses increased steadily as the United States entered World War II. A total of 7,766 students came to Columbus for training during the course of the war, and 7,412 of these men graduated, received their wings, and were assigned to active duty.

Throughout the war, the Columbus Army Flying School designed and improved two major training protocols that were adopted throughout the US Army Air Force. The first training protocol was the Flying Evaluation Board or the FEB. This board would establish tough new principles to evaluate an instructor's aptitude. The second was the "full panel" attitude system of instrument flying, which is attributed with modernizing training in blind flying. Along with the three instruments already used, pilots were shown how to use two gyro instruments, the rate-of-climb indicator, the clock and the magnetic compass.

As the war ended in 1945, the Columbus Army Flying School was home to 2,300 enlisted men, 300 officers, and an average of 250 pilot cadets per class. In 1946, the military ordered that this training base become inactive. The training base was abandoned for the next four years but was once again brought into action when the United States entered the war against communist forces in Korea. By this time, pilot licensing requirements had increased and the Air Force had become an independent branch of the military.

The Air Forces Air Training Command operated the base as a pilot training school during the Korean War and throughout the early Cold War. Columbus city officials decided to deed an additional 3,600 acres to the base so that a northwest-southeast runway could be built, along with a 480‑unit family housing project.

The base has become one of the leading pilot training centers, with about half the pilots in the Air Force active attending basic and primary flight training at CAFB. As a result, CAFB is home to one of the busiest military air traffic control facility in the world.