Standing towards the left side of Church Square Park in Hoboken is a bronze sculpture— created in 1891—honoring the volunteer fire fighters that served and died before the work became a profession that same year. It was designed by sculptor Caspar Buberi, who was known for many Civil War monuments. The eight foot statue rests on a tall granite pedestal and it depicts a volunteer fireman carrying a lantern in his right hand and a small child in his left. The statue reflects a time in the country when fire fighting a paid profession. It was listed on the National Register of Historic Places in 1986. 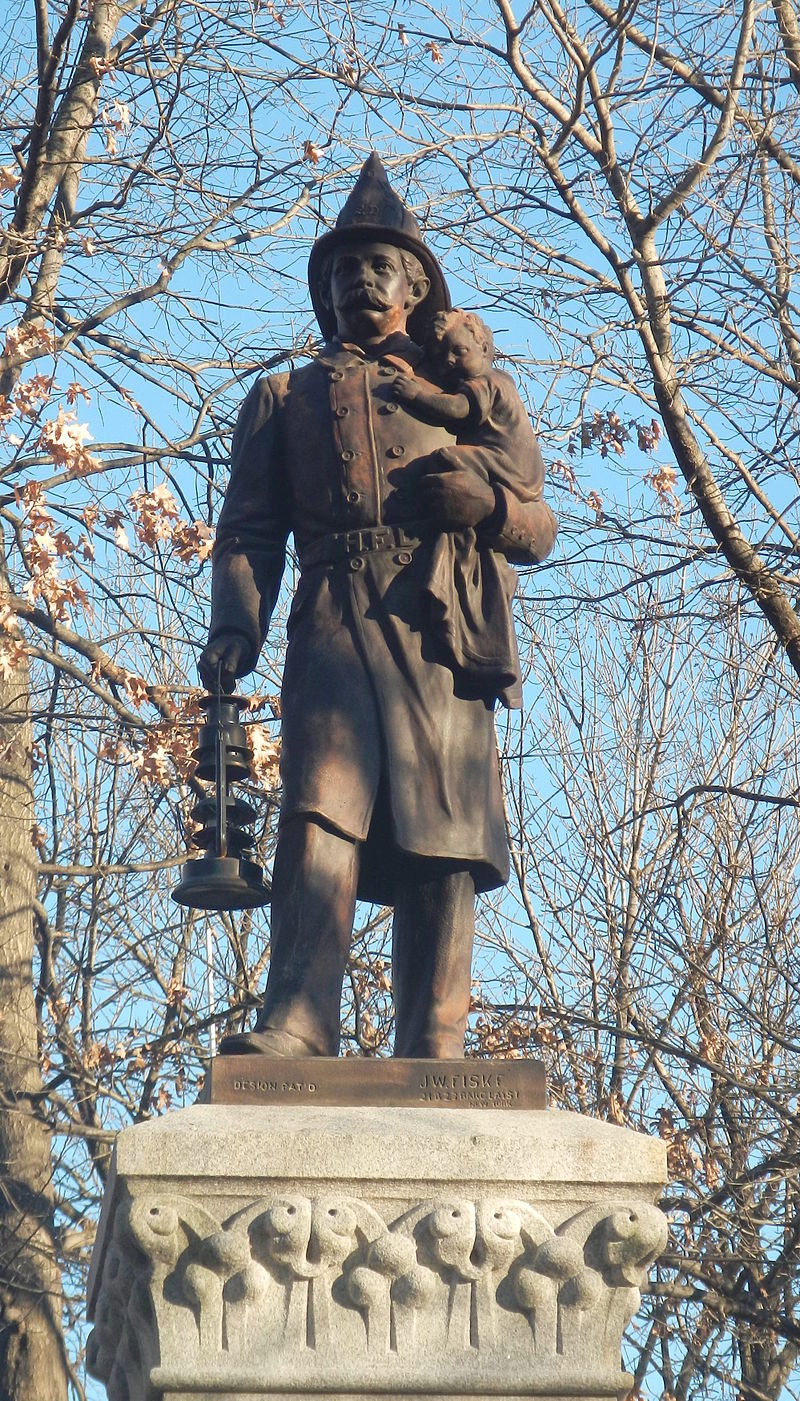