This historic marker commemorates the life of Andrew Lewis, an early leader of rebel forces during the American Revolution and a close friend of George Washington. Lewis was present during Washington's first campaign--a frontier expedition by the British colonists that failed to dislodge the French. He later led many military and diplomatic expeditions that sought to acquire and maintain territory from area tribes. An early leader of Patriot soldiers against the British in the Revolutionary War, Lewis later resigned his commission but continued to serve the war effort. 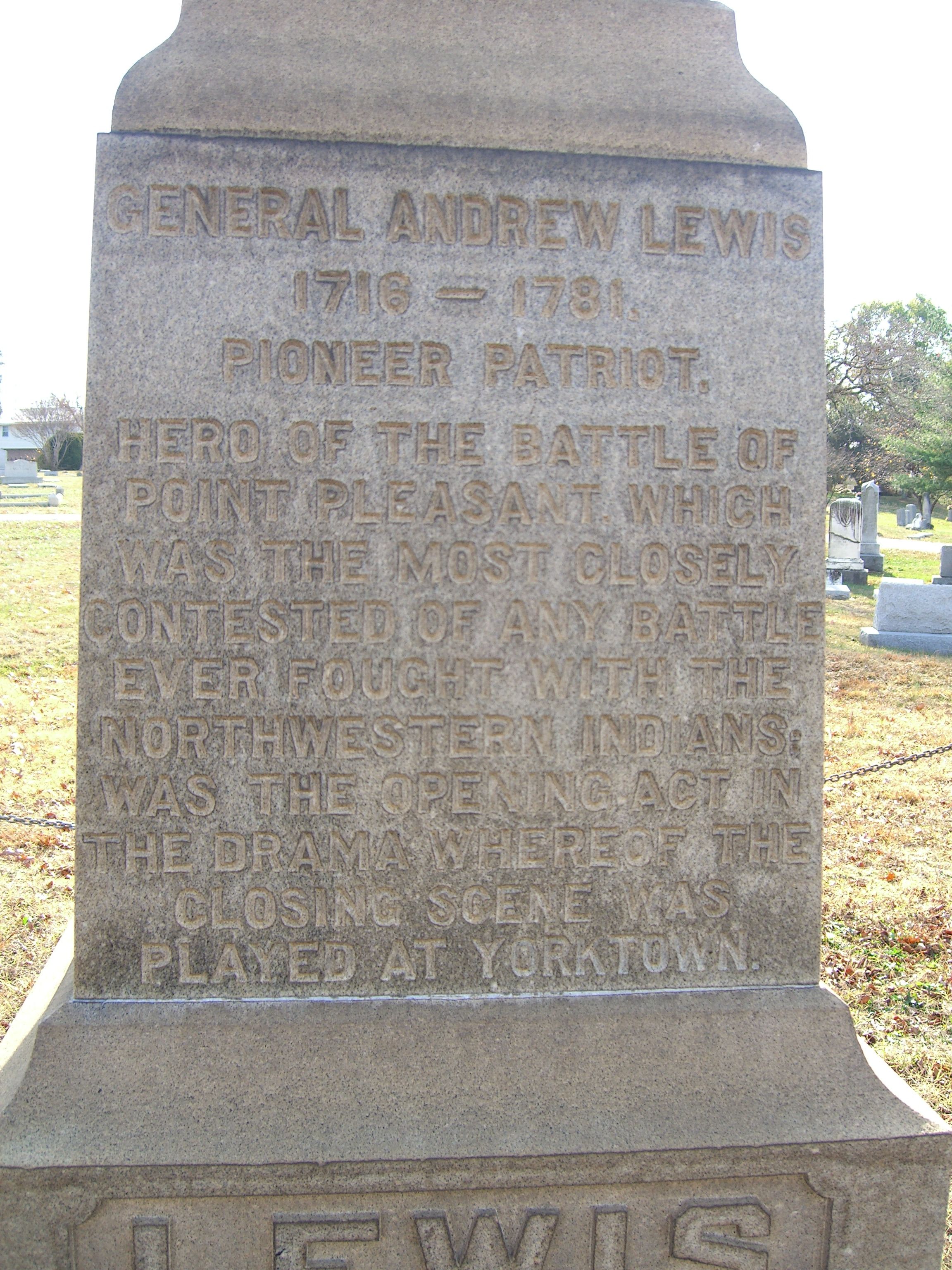 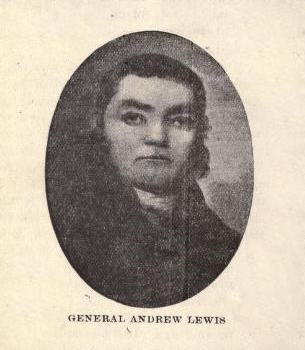 Andrew Lewis served with George Washington at the onset of the French and Indian War during the failed attack on Fort Duquesne. While with Washington at the hastily-constructed Fort Necessity, Lewis and Washington created a friendship that would lead the two men to work together in a number of land ventures. Lewis later received an independent command to pursue and attack members of the Shawnee tribes following a series of attacks on the frontier. Known as the Sandy Creek Expedition, this experience led Lewis to learn how to work with Native Americans rather than blundering into future attacks within the frontier. Lewis was later be captured by the French in 1758 and shipped to Montreal. His friend Washington thought him dead and wrote:

"Major Lewis is a great loss to the Regiment, & Colony we have the Honr to serve; he opposd that Expedition to the utmost, unavailingly, but went chearfully upon it after his Sentiments were known, he desird his Friends however to remember (as he went out) that he had opposd it, foreseeing I imagine the Disaster that woud happened"1

Lewis was released and later became a member of Virginia's House of Burgesses. He also worked as a diplomat between the colonial government and Native Americans and was a signer of the Treaty of Fort Stanwix. Lewis led a detachment of troops during Lord Dunmore's War and defeated Chief Cornstalk at Point Pleasant in 1774. These victories over area Native American tribes ended the likelihood of a serious threat to the Virginia Colony's control of the area.

Contrary to the marker3 in Salem and the marker once at Point Pleasant, this was not the first action of the American Revolution. This was a colonial action fought at the behest of the royal governor. As the American Revolution drew near, Lord Dunmore dissolved the House of Burgesses. The action increased the anger of colonists, and Lewis was among the rebel leaders who who created a provisional government.

Owing to his experience, Lewis was made a brigadier general of the Continental Army in March of 1776 and worked to recruit and train soldiers in Virginia. On July 9, 1776, Lewis led an attack on Gwynn's Island and forced Dunmore to leave the colony. Despite his success, Andrew Lewis believed that he had been overlooked for promotion. Lewis resigned his commission in protest in 1777. General Washington tried to dissuade him from doing so, but without success. The two men remained friends and Lewis still supported the Revolution by funneling materials to the Continental Army throughout the war. Lewis was active in Virginia's legislature until his death of fever in 1782. He was buried at his estate in what is now Salem, Virginia and he was later reinterned at East Hill Cemetery.

Inscription on the Marker:

Hero of the battle of Point Pleasant which was the most closely contested of any battle ever fought with the Northwest Indians: was the opening act in the drama whereof the closing scene was played at Yorktown."