The Keep Homestead Museum provides visitors with an interesting look into the lives of a family—the Keep family—during the 19th and 20th centuries. Many of the family's items are displayed in the house's thirteen rooms. These include diaries, income and purchase records (the property was a farm), shell and button collections, needlework, quilts and paintings. The last member of the family, Myra Keep Lovell Moulton, and other members of the family were avid needlework artists and Myra was also a painter; she also collected the buttons. She and her father shared an interest in collecting shells. An interesting feature of the house is that it has two kitchens; the newer one was added when Myra's mother, Pearl, moved into the house (where he lived with his parents) and allegedly said she did not want to share a kitchen with his mother. The property also features nature trails and a sculptor garden. 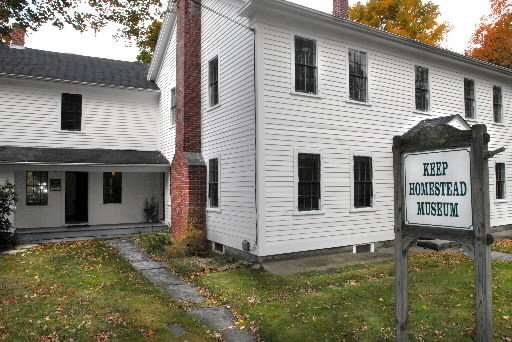 Myra married twice, the first time to a minister named Charles Lovell and the second to a man named Ralph Moulton.