Located in Bridgestone Arena, which is the home of the Nashville Predators, the Tennessee Sports Hall of Fame “enshrines and honors athletes, teams, coaches, sports writers and sports administrators who have made an impact on the history of sports in Tennessee.” The hall packs its modest space with interactive displays, interpretive exhibits, various uniforms, and copious amounts of memorabilia, much of it autographed by famous Tennessee sports figures. It also contains plaques dedicated to all of its over 450 inductees.

Running back Eddie George stands at the entrance to the Hall of Fame. 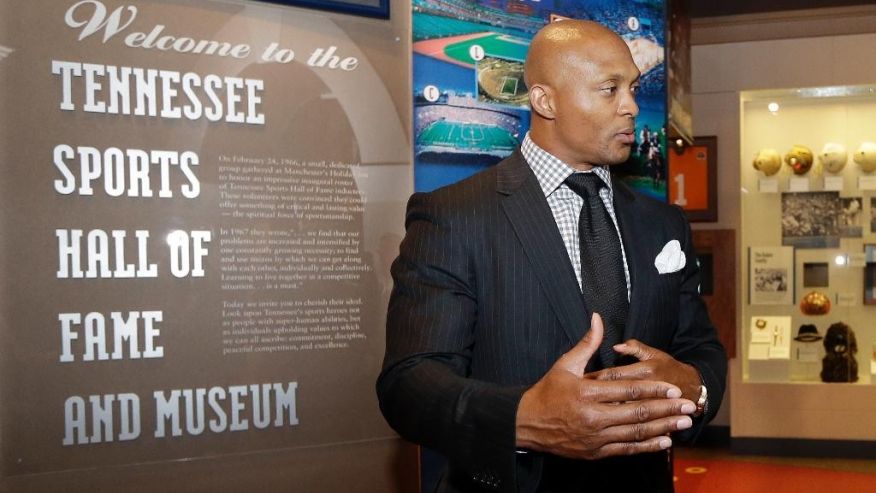 Pat Summit stands in front of the exhibit in her honor. 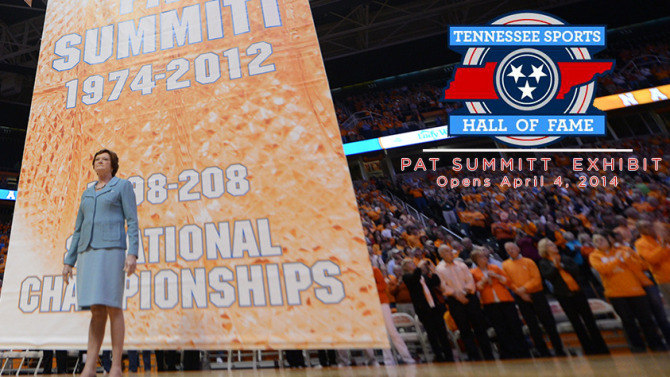 NFL jerseys on display within the Hall of Fame. 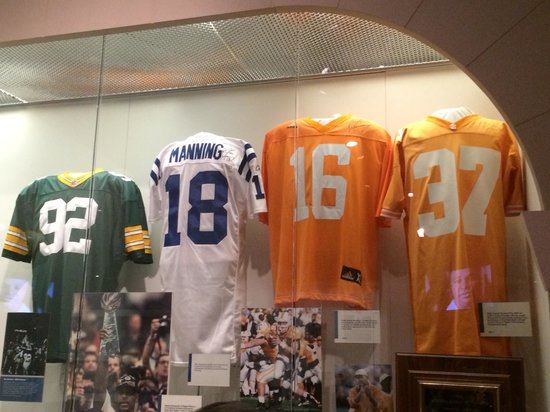 Founded by the Middle Tennessee Sportswriters and Broadcasters Association, the hall inducted its inaugural class in 1966 at the Manchester Holiday Inn. Finally, in 1994, the state legislature unanimously passed legislation and allocated funding to officially create the hall.  Space was then set aside for the hall within Bridgestone Arena which was completed in 1996.

The hall rotates exhibits devoted to its more noteworthy inductees, such as the one dedicated to Pat Summit, the legendary coach of the University of Tennessee’s women’s basketball team from 1974-2012. Summit’s achievements are unparalleled. She earned an Olympic silver medal as a player in 1976 and gold as a coach in 1984. With 1,098 wins she has the most of any NCAA coach and over the course of her 38 years as a coach never had a losing season. She also was named the Naismith Coach of the Century in 2000 and was awarded the Presidential Medal of Freedom and the Arthur Ashe Courage Award in 2012.

Other inductees include former Tennessee Titan quarterback Steve McNair, NBA great Bernard King, baseball player and sportscaster Tim McCarver, and standout University of Tennessee Track and field athlete Chandra Cheeseborough who earned two gold medals and a silver at the 1984 Olympics. The hall also sponsors an outreach program, youth development and education opportunities and the annual Champion Within Luncheon which honors local athletes who possess outstanding character, courage and drive as they have overcome various obstacles to achieve greatness.