When Julian Saenger invested $2.5 million to construct this atmospheric movie theater and performing arts venue in 1927, its grandeur defied belief. The theater has survived the ebbs and flows of consumer preferences that saw the decline and even the closure of many downtown venues, as well as the destruction of Hurricane Katrina in 2005. The theater reopened in 2013, grander than ever, thanks to a $53 million restoration campaign. Today, the theater hosts a variety of touring Broadway shows, national musical acts, and local events and performances. The Saenger was added the National Register of Historic Places in 1977.

The theater's new marquee is a faithful recreation of the marquee that appeared on the building's facade shortly after it opened. 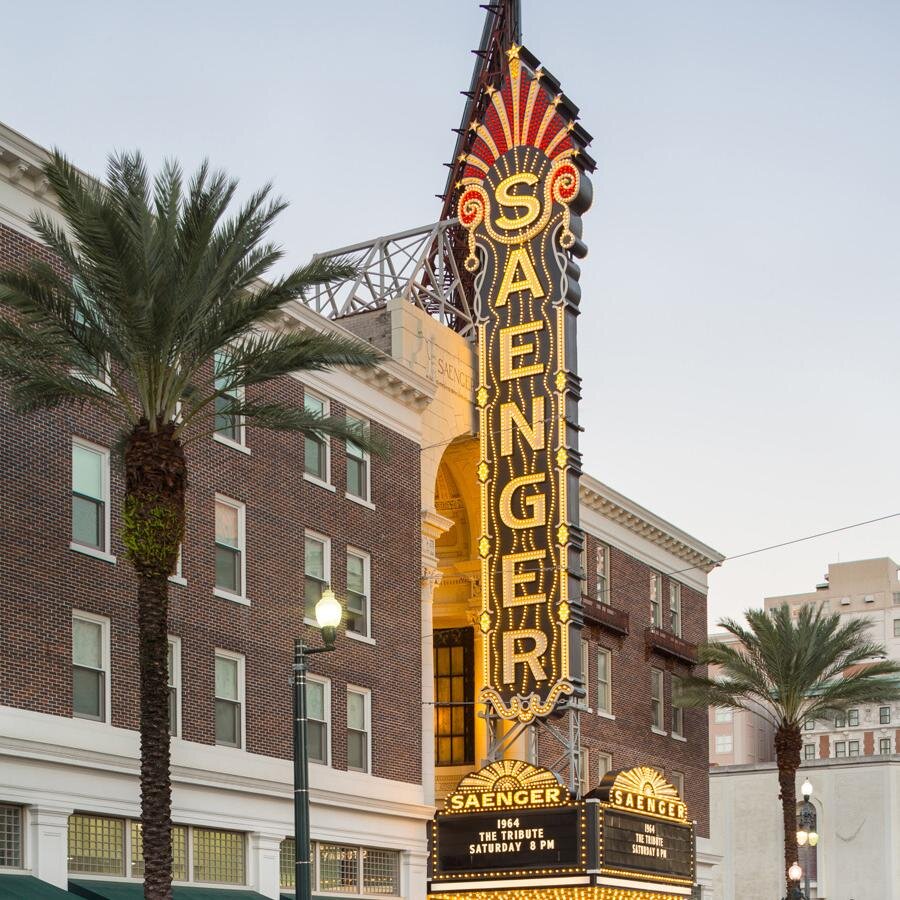 The restored interior demonstrates the grandeur of this historic atmospheric theater. 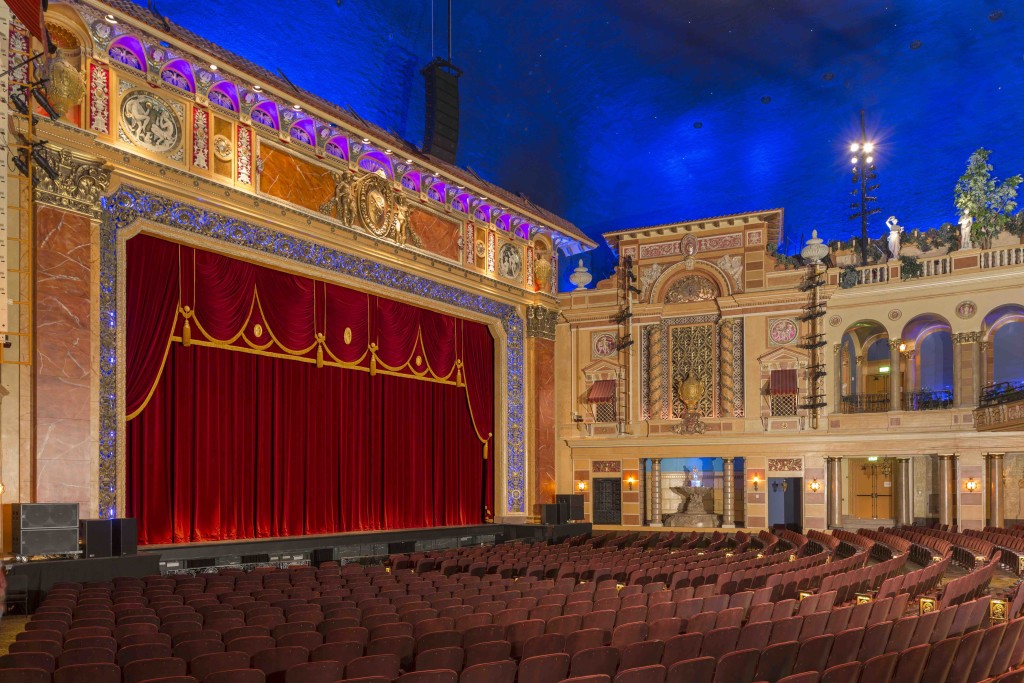 The Saenger's Robert Morton Theatre Organ that is original to the building. 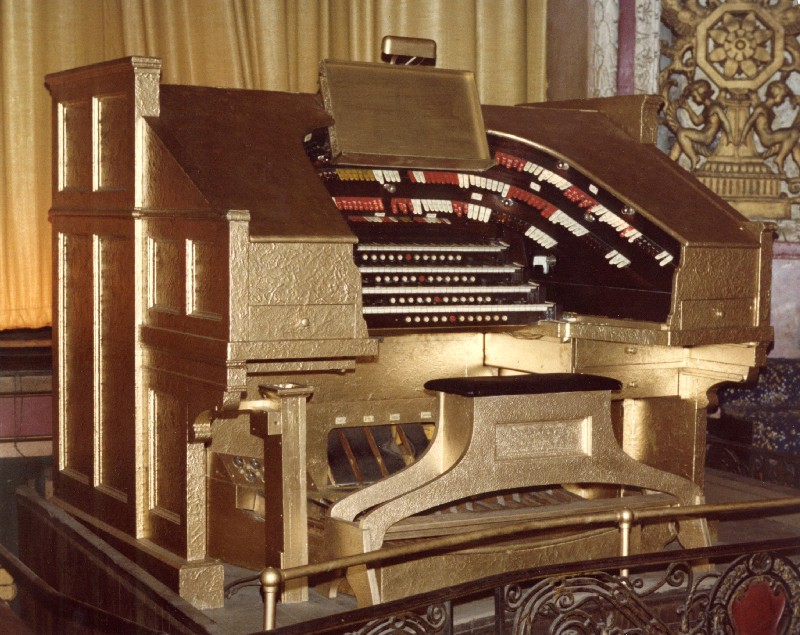 A worker restores the gilding to one of the ceilings in the Saenger, by hand. 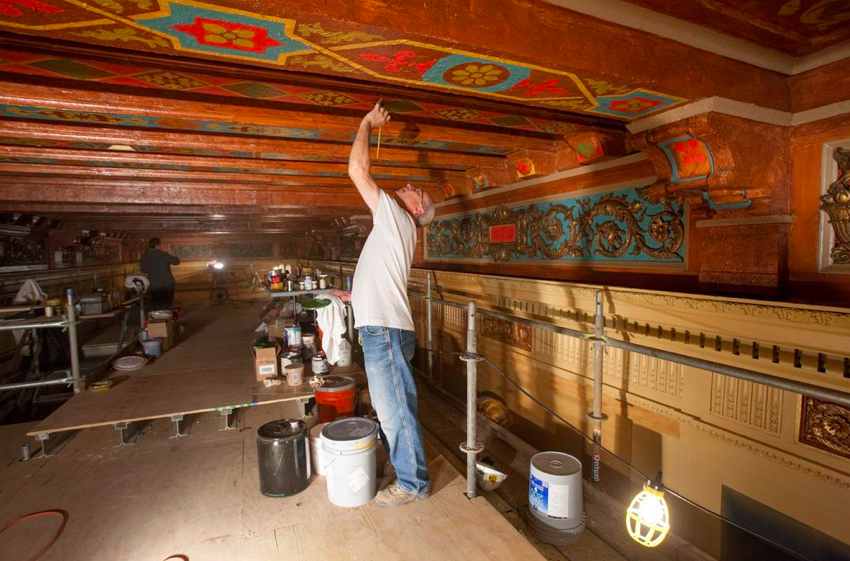 The Saenger's atrium entrance way as it looked in the 1930s... 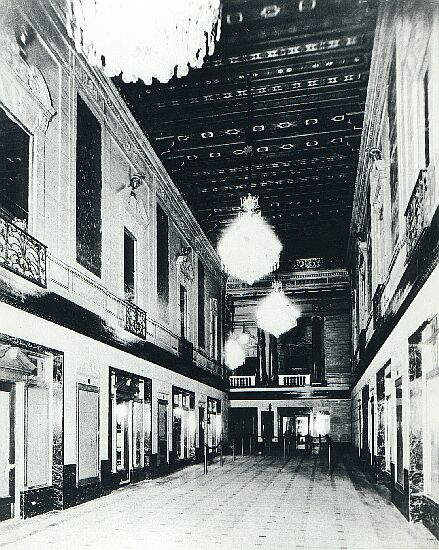 ...And the restored entranceway as it exists today. 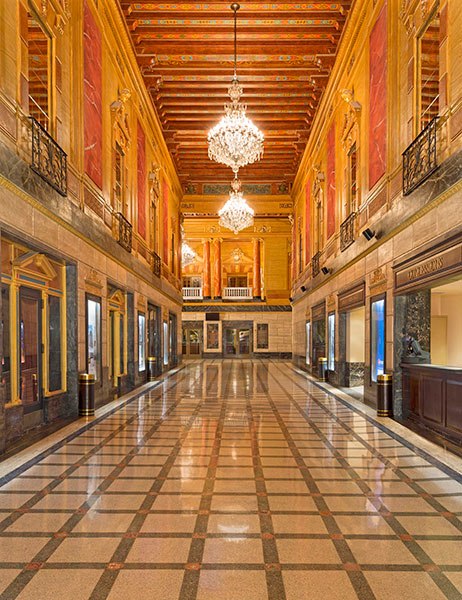 New Orleans’ Saenger Theatre was once the flagship of the Saenger Theatre line when it opened in 1927.  The 4,000-seat theatre took three years to build and was initially used for silent movies and stage shows.  It was designed by architect Emile Weil who modeled its interior from an Italian Baroque courtyard.  The Saenger employed various special effects such as a ceiling that featured lights in the shape of stellar constellations, moving clouds and simulated sunrises and sunsets.

The Saenger was sold to Paramount Publix, for $10 million, in 1929 and managed to operate through the Great Depression, switching to all “talkies” in 1933.  It was then divided into two separate theaters in 1964.  It was shortly after this time that it suffered from neglect and fell into disrepair.  It was sold again, in 1978, to E.B. Breazeale for just over $1 million, a tenth of what it sold for in 1929.  Breazeale then conducted a $3 million renovation, converting the theater into a performing arts center.  It reopened in 1980 with Johnny Carson as its feature and its seating capacity reduced to just over 2,700.  The rock band Styx used the Saenger to record its double live album, Caught in the Act, in 1983.

In 1985 the Saenger Theatre Partnership purchased the venue from Breazeale and started its Summer Classic Movie Series which continues to this day.  Unfortunately, the Saenger suffered significant water damage from Hurricane Katrina in 2005.  The water line rose to a foot above stage level.  In 2009, ownership was turned over to the Canal Street Development Corporation, but control still rested with the Saenger Partnership through a 52-year leasing agreement.  That same year, the Saenger closed once again for a $53 million restoration.

It was finally restored to its original 1927 glory, to include its color scheme, hardware, lighting and windows.  The restoration also included the construction of an ornate atrium arcade entrance off Canal Street, expansion of the stage, and the installation of central air conditioning.  The scheduled reopening was delayed until September of 2013, with Jerry Seinfeld as the headliner.

The sounds of the Saenger’s original, 2,000 pipe, Robert Morton Theatre Organ can still be heard on occasion.  It is one of the few Robert Morton organs that still operates from its original placement in the country.  Today, the Saenger is one of the premier live-event venues in New Orleans and regularly features Broadway level shows, such as Wicked, The Lion King, and Hamilton.  It also hosts some of the best known stand-up comedians, to include Dave Chapelle, Chris Tucker, and Chris Rock.