In the first half of the 19th century, Providence witnessed a series of violent episodes that culminated in two major riots between African Americans and whites. Two significant race riots, Hard Scrabble (1824) and Snow Town (1831), led to injuries and property destruction in several Providence neighborhoods that are near the present Rhode Island state capital. Both riots involved white residents attacking African American neighborhoods. The riots reveal both the extent to which white and black Rhode Islanders lived near one another in the large industrial cities of the North, as well as the ways in which white Northerners used violence to keep free people of color "in their place"-a phrase that reflects the desire to limit black social and economic advancement as well as maintain physical and social segregation. After the Snow Town Riot, citizens reflected briefly upon the injustice perpetrated on black families, but also maintained that these events had spiraled out of control simply because of the actions of a small number of unsavory individuals on both sides of the color line. 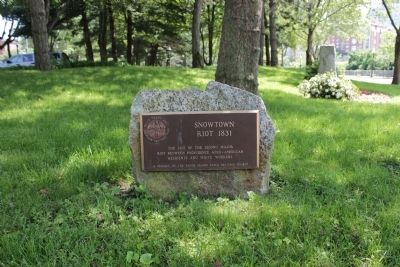 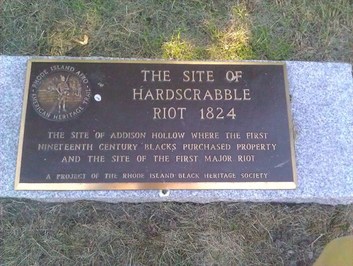 Broadside ridiculing victims of the 1824 Hard Scrabble riot and promising similar treatment to other African Americans settling in the city. 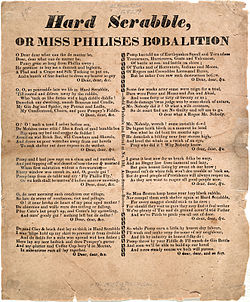 Attacks by white rioters on African Americans occurred in many parts of the country. This is a contemporary depiction of the 1863 New York Draft Riot that occurred four decades after Providence’s Hard Scrabble riot. Photo from authentichistory.com 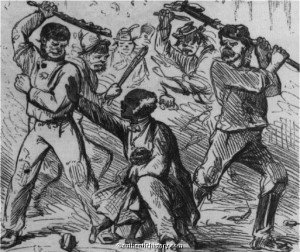 The Providence Town Council offered a reward for information leading to the conviction of the men whose violent deeds led to the Snow Town Riot. 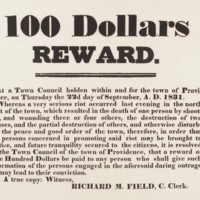 History of the Hard Scrabble and Snow Town Race Riots

Joseph Tillinghast, the defense attorney for the white attackers in the subsequent trial, stated that the reason the accused caused such destruction was that they had been pushed to extreme measures to protect “the morals of the community.”

Years later, in 1831, another race riot broke out after an African American man shot a white sailor who was throwing stones at the African American man’s home. The shooting occurred in Snow Town, an integrated, working-class part of town. In retaliation for the shooting, mobs attacked the homes of black residents. The local militia was called to disperse the violent mob. Between the actions of the militia and the attempts by African American men to defend their homes, four white rioters were killed during the Snow Town Riot.

The reaction to Snow Town was much different, and journalists, leading citizens, and politicians asked for stronger protections against rioters to maintain order in Providence.