Opened in October of 1928 as Loew’s State Movie Palace and nearly demolished after hurricane damage in the 1930s and 1950s, the restored building at 220 Weybosset Street now serves as the Providence Performing Arts Center (PPAC). Since 1975, it has been listed on the National Register of Historic Places for its architecture and for its significance in social and entertainment history. The 3,100-seat PPAC now offers a wide variety of entertainment, including Broadway shows; orchestral, opera, and rock performances; stand-up comedy; cinema; and children's shows. It is the second-largest theater of its kind in the United States. 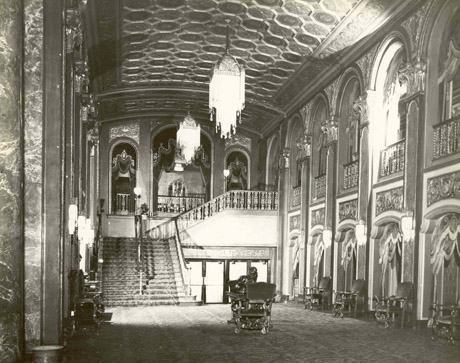 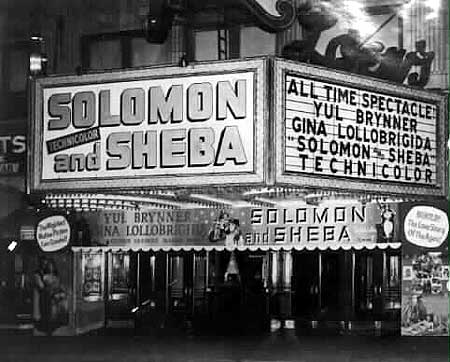 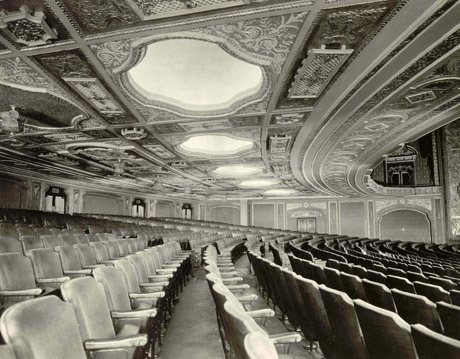 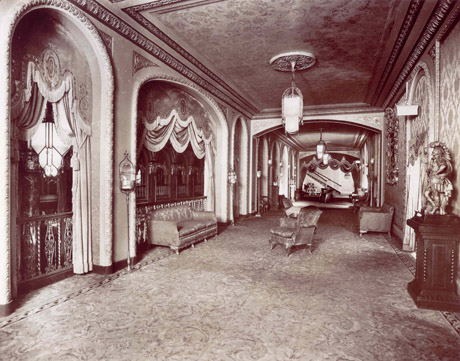 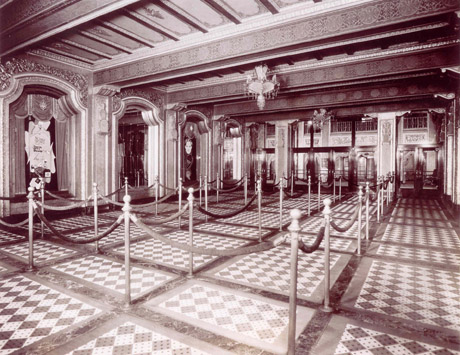 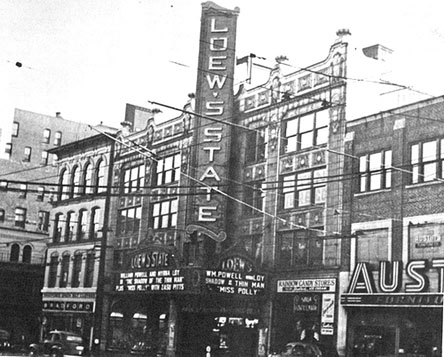 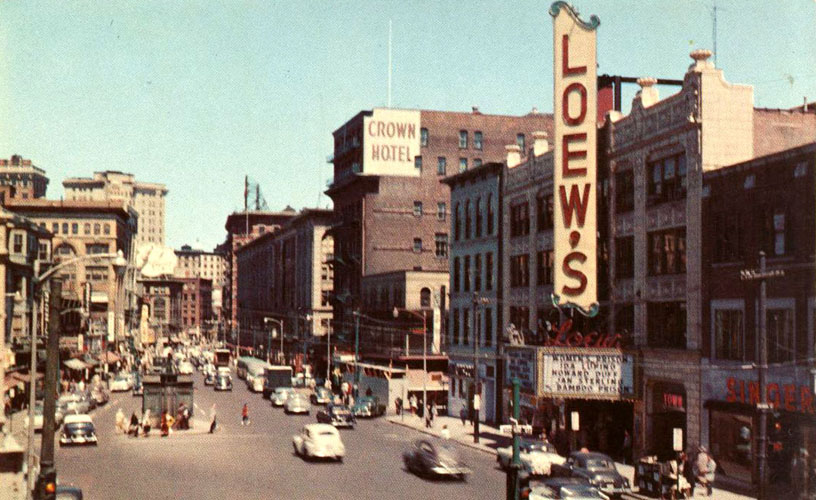 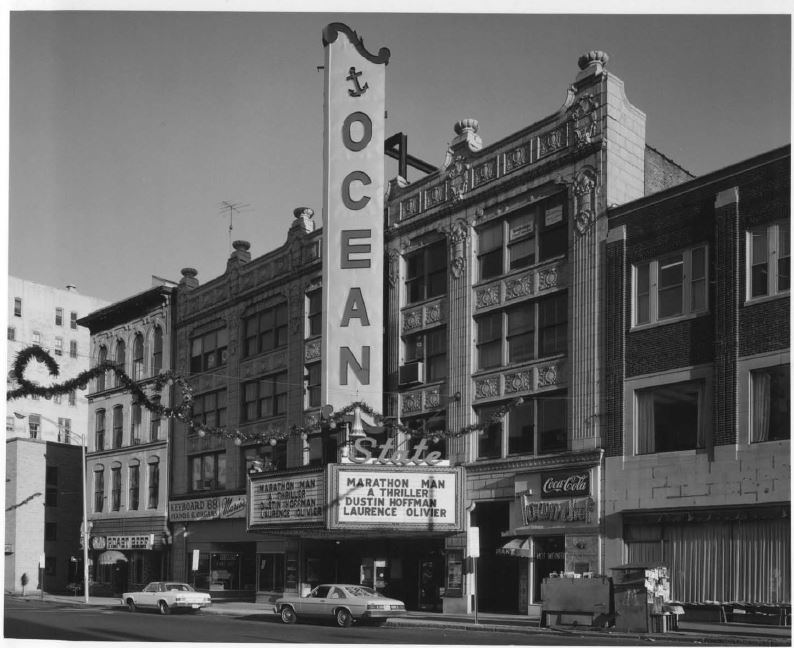 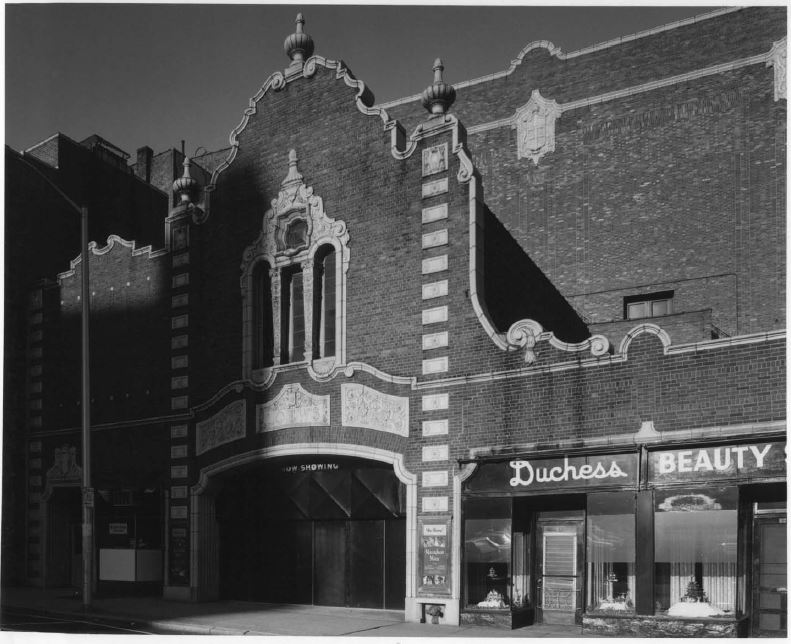 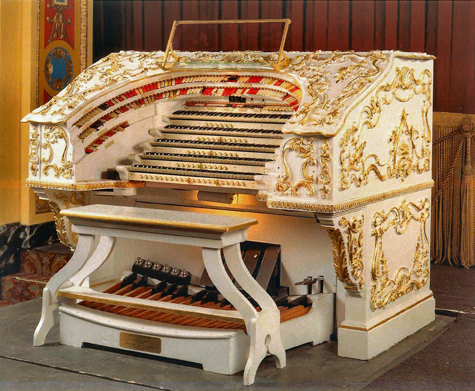 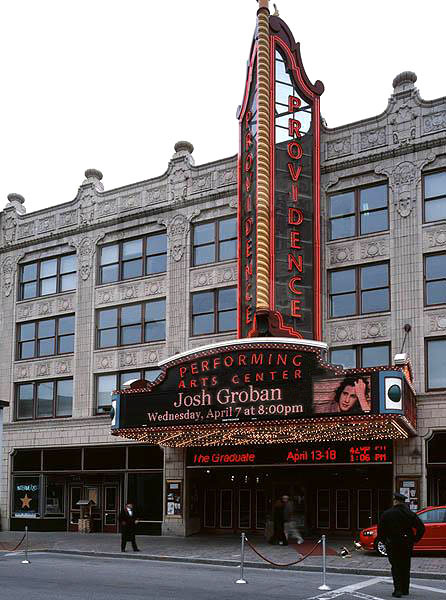 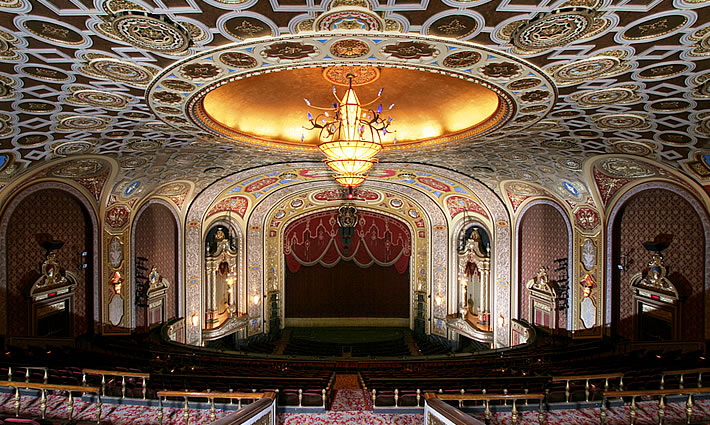 Detail of the PPAC auditorium (image from Rhode Island Rocks) 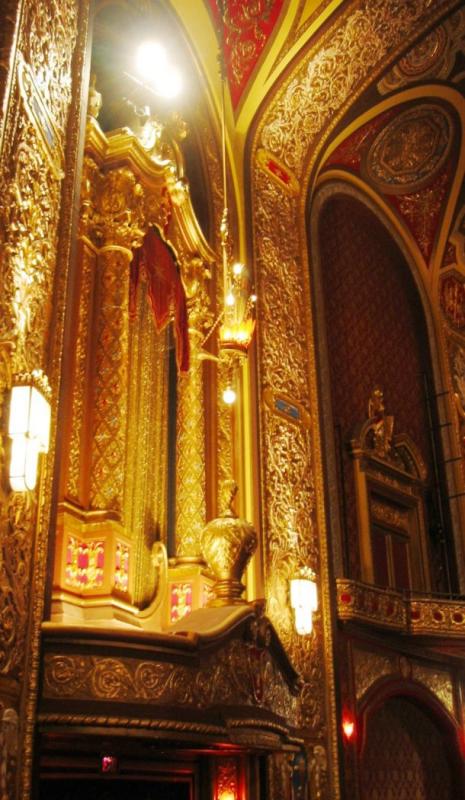 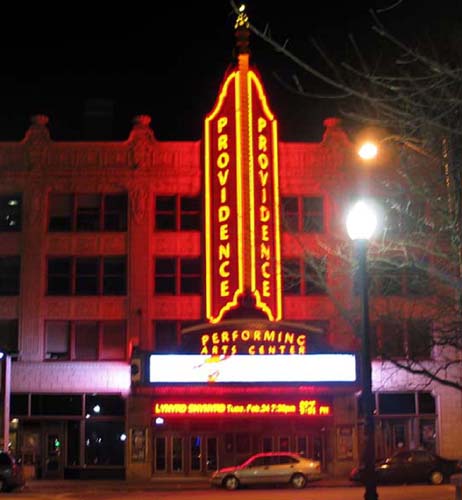 Designed by George L. and C. W. Rapp, whose Chicago firm was renowned for theatre architecture, Loew's State Movie Palace opened at 8 p.m. on October 6, 1928. Fouteen thousand people attended the opening ceremonies, including the governor and the mayor. A $90,000 Robert Morton organ, played by Joe Stoves, accompanied the film "Excess Baggage" starring William Haines. The complex included not only a theater seating over 3,000, but also offices and stores, with multiple buildings occupying almost an entire city block (fourteen of these buildings no longer exist). In keeping with Rapp and Rapp's style, Loew's of Providence was characterized by Baroque and Rococo elements and the use of opulent materials such as bronze, marble, crystal, and gilt, and cost a total of $2.5 million to construct. It quickly acquired the epithet "the Jewel of Weybosset Street".

Maurice Cook was the organist for Loew's from 1930-1940, after which he retired. By 1948, the theatre's inclusion of community singing with organ accompaniment was almost unique. In the 1950s and '60s, Loew's maintained its earlier success by offering live concerts, but damage from Hurricane Carol in 1954 led to the removal of the original organ--the last theatre organ still in use at the time.

Even until 1965, Loew's was still operating at a profit, though it had been up for sale for around five years. In 1970, demolition was considered, but the following year it was purchased and re-opened as the Palace Theatre on August 27. Live entertainment including boxing and rock concerts were offered, as well as movies. The theatre closed again in 1975 for renovation and historically accurate restoration (including the purchase of a new Opus 1587 Wurlitzer organ), reopening as the Ocean State Theatre on Wednesday, June 23, 1978. The Ocean State Theatre offered movies, fashion shows, opera and symphony concerts, and rock concerts until 1982, when the establishment became the Providence Performing Arts Center (PPAC).

Additional renovations during the 1990s and early 2000s made it possible for the PPAC to hold Broadway productions and orchestra performances on a large scale. The original look of the 1928 theatre was carefully restored, while technology including modern screens and sound systems were introduced. The PPAC is also the location of the annual artist-run Bright Night Providence, Rhode Island's New Year's Eve celebration.

Monday through Friday, 10am - 5pm Saturday, 10am - 2pm and at least two hours prior to all curtain times