Anawan Rock—a large rock dome—is the site where King Philip's War (1675-1676) ended. Here, on August 28, 1676, colonists and their Native American allies cornered and captured Anawan, the War Chief of the Pocasset People and one of the leaders of the war against the colonists. Anawan surrendered after being promised he wouldn't be harmed. Unfortunately, colonial leaders (besides the man who captured him, Benjamin Church) lied and beheaded him. The site is easily accessible from Highway Route 44 (Winthrop Street) and there is a small parking area off the road. It was placed on the National Register of Historic Places in 1983.

The entrance to the site 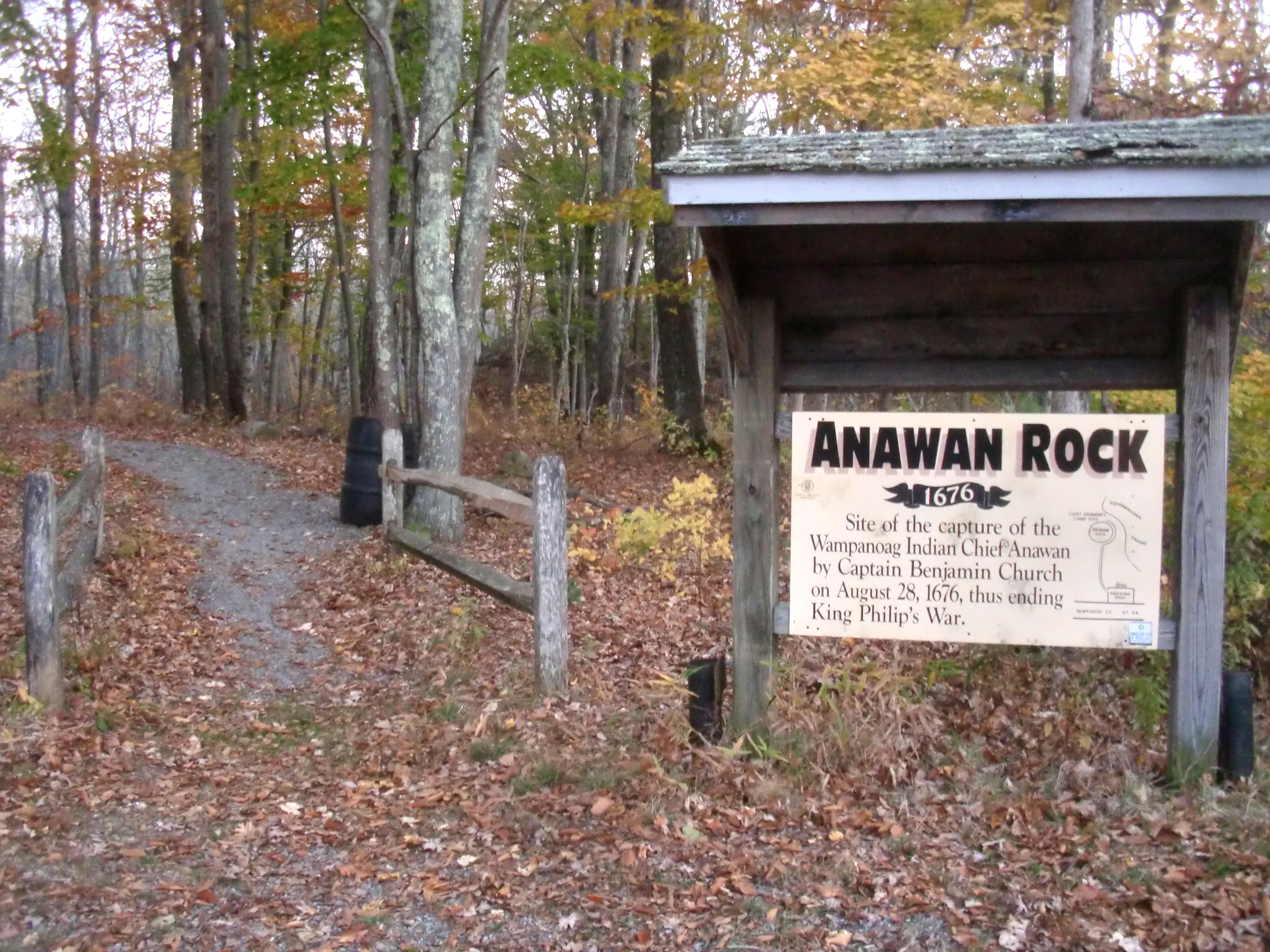 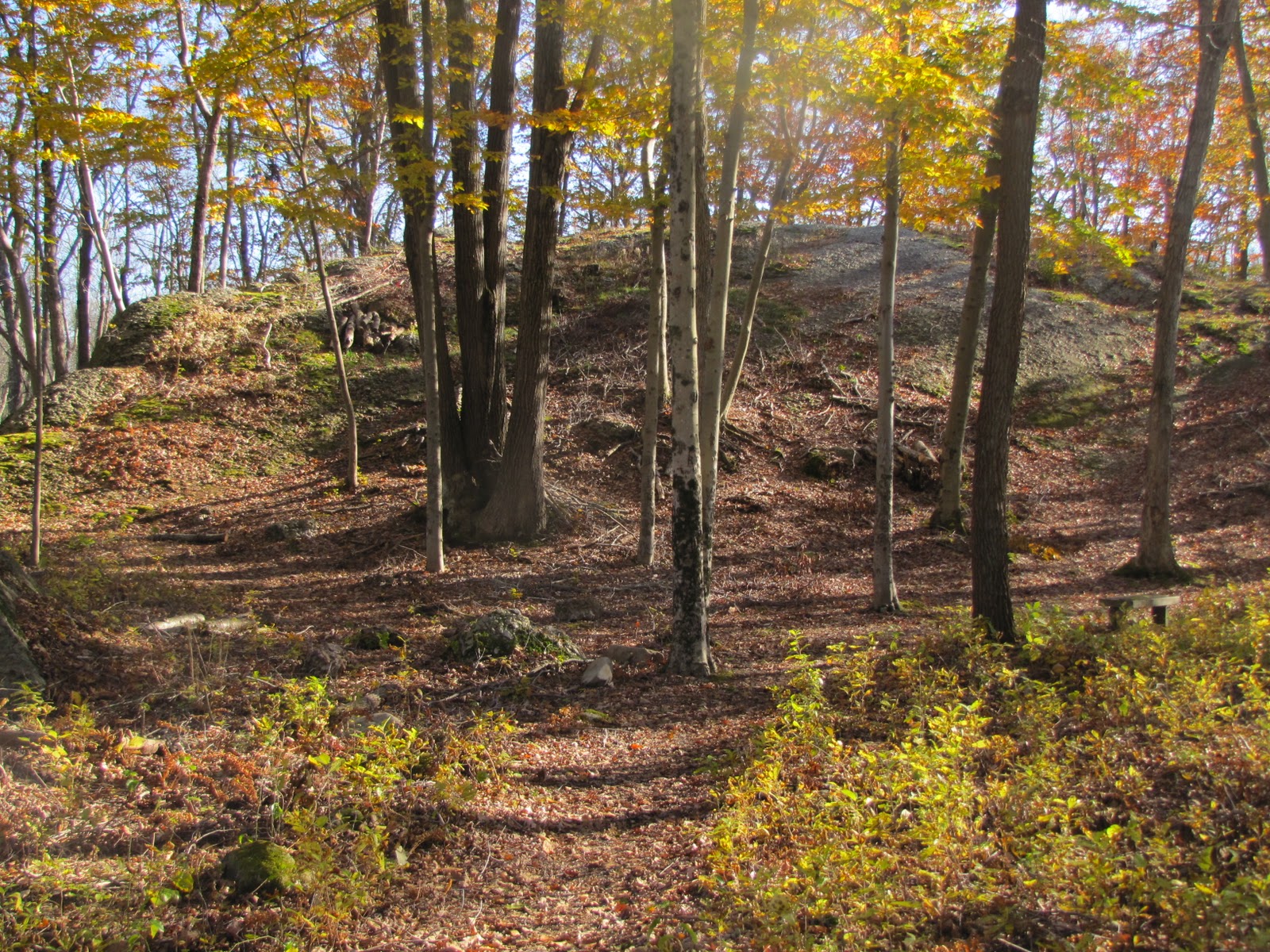 Rear of the Anawan Rock, which looks like a large bench (writer's photo) 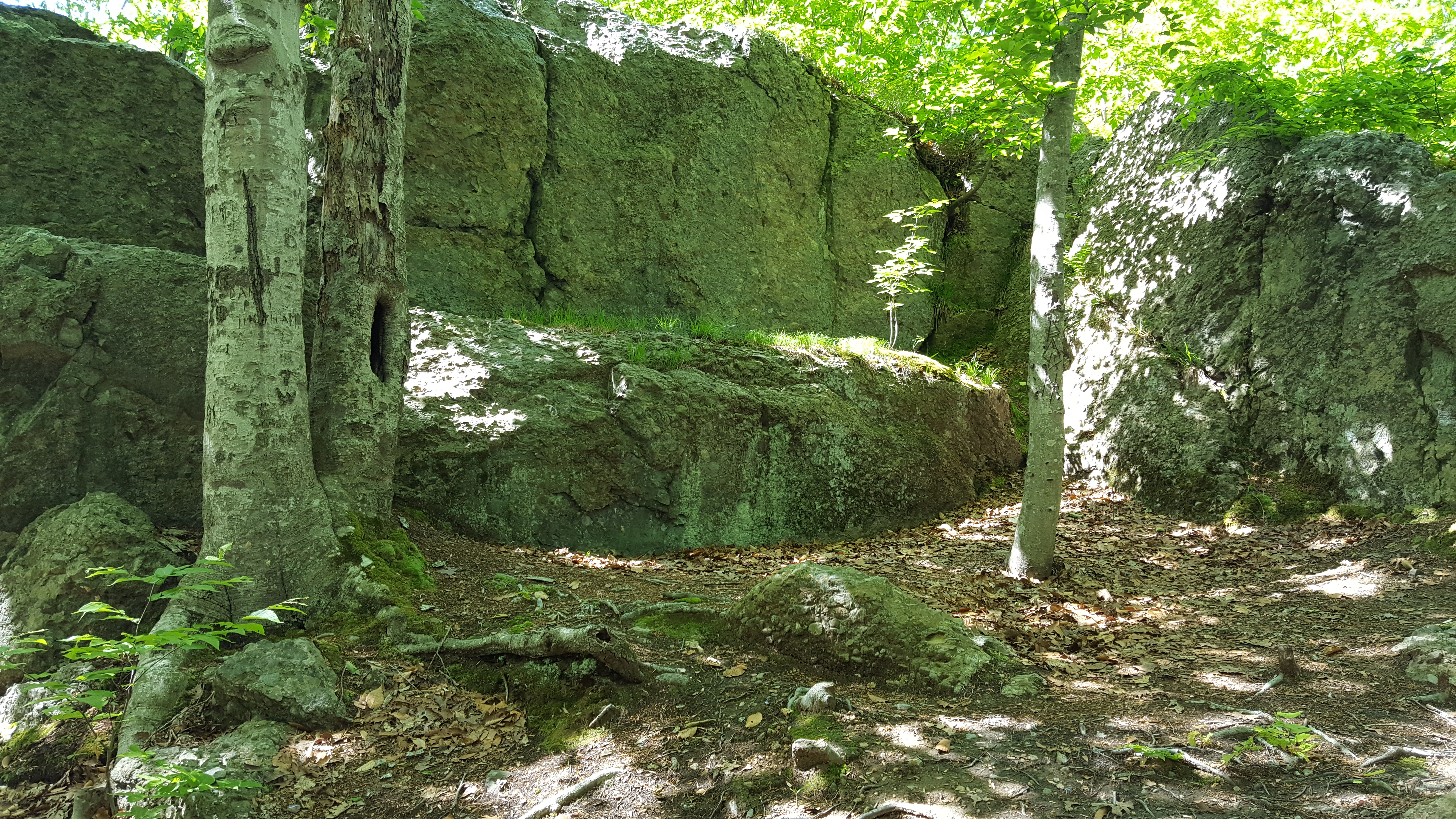 King Philip’s War started after the colonists tried and hung three Native American men.  They had been found guilty after killing another native, John Sassamon, who had converted to Christianity. Native Americans who converted to Christianity were also known as “Praying Indians.” Wampanoag Chief Metacomet (aka “Metacom” or "King Phillip"; he adopted this name to honor the peaceful relations between the colonists and his father, who was also chief) led a campaign to avenge the deaths of those three men and to push back on the colonist's increasing encroachment on Native lands.

The battle lasted over a year.  King Philip was killed by the leader of the British forces, Benjamin Church, about a month prior to the end of the war.  After his death, Anawan (King Philip’s Chief Advisor) stepped up and led the native warriors against the colonists.  Church convinced several of the natives to work with him.  They informed the British soldiers that Anawan and his remaining men (about 50-60 of them) were camping at the base of the rock.  Church’s forces made their way into the forest on August 28, 1676.  Anawan was captured at the Rock and brought to Plymouth for trial, thus ending the bloody war.  The officials in Plymouth found Anawan guilty of treason and executed him.

At the end of the war, twelve towns were destroyed and many others severely damaged. The war, in terms of proportion of population (i.e. percentage), is considered the deadliest conflict in the history of European settlement in North America.

The sign at the beginning of the small trail reads:

Site of the capture of the Wampanoag Indian Chief Anawan by Captain Benjamin Church on August 28, 1676, the ending King Philip’s War.

There is a small parking lot at the entrance to the trail, near the sign.  As soon as visitors get onto the trail, just beyond the sign, the rock becomes visible.  just beyond the It only takes a couple of minutes to trek to the rock.  Note, however, that the rock is surrounded by a swampy marsh, so bugs (especially mosquitoes) are abundant.

At the rock, there is a narrow hiking trail that winds up and around the rock, all the way to the top.  There are no park rangers monitoring the area, so visitors must climb at their own risk.  There are several spots where the trail is narrow and there is a sharp drop-off to one side.

Browne, Patrick. Anawan Rock and the Making of a Ghost Story. Historical Digression: Musings on history as viewed by someone with one foot in the past. October 08, 2010. Accessed May 27, 2017. https://historicaldigression.com/2010/10/08/anawan-rock-and-the-making-of-a-ghost-story/.