The Battle of Fairhaven, the first naval battle of the war, occurred nearby on May 14, 1775. Shortly after the battle, at the start of the American Revolutionary War, construction began on Fort Phoenix. The fort was engaged in battle several times, including epic events in 1778 and 1814. Today, it is a place where visitors can check out the remnants of the old stronghold or relax at the beach and playground. Fort Phoenix State Reservation was listed on the National Register of Historic Places in 1972. 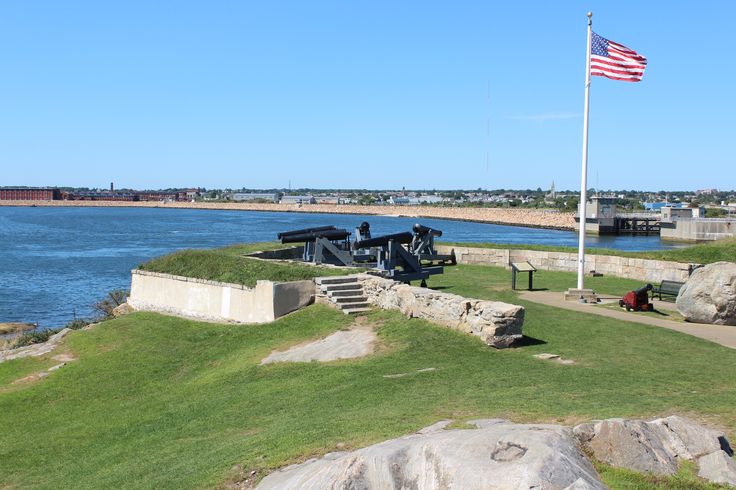 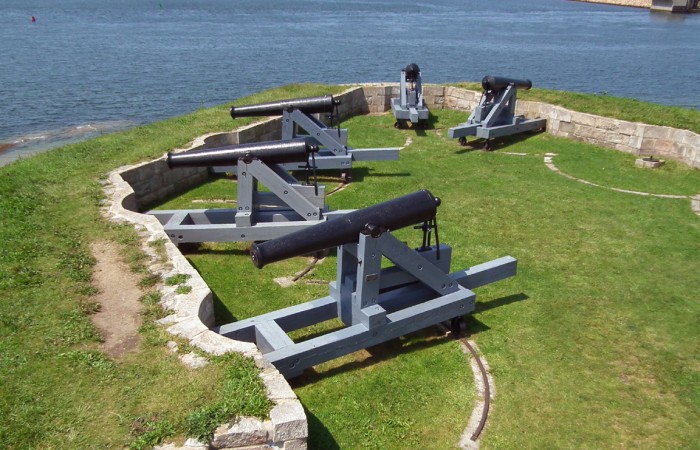 Commander (re-enactment), Courtesy of the Fairhaven Office of Tourism 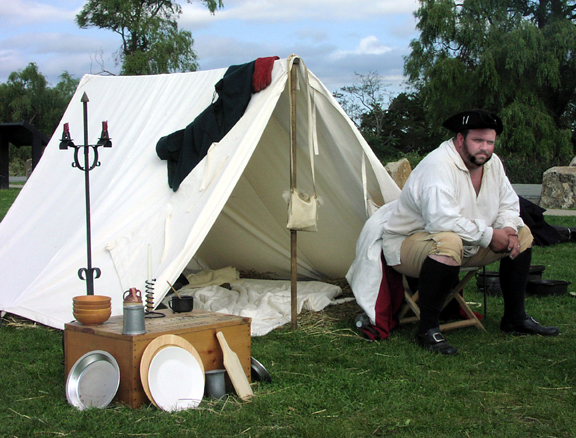 1812 Guns, Courtesy of the Fairhaven Office of Tourism 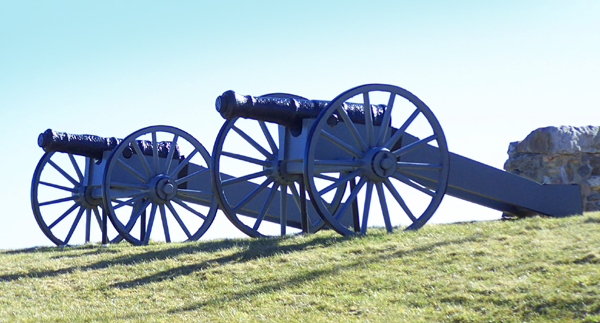 The site where Fort Phoenix was built saw the first naval battle of the American Revolution on May 14, 1775.  The American forces recaptured two of their own vessels that the British forces had gained control of the day before.  They also took thirteen prisoners.  The local militia was led by Nathaniel Pope and Daniel Egery.  Shortly after the skirmish, the town commissioned Captain Benjamin Dillingham and Eleazer Hathaway to construct a new fort on Nolscot Point. The fort was completed in 1777 and fashioned with eleven cannons.  Some of the cannon used at the fort were captured in an earlier battle in the Bahamas.

In early September 1778, the British forces devastated the fort during a raid.  The cannons, barracks, gun carriages and magazine were destroyed.  The next day, a young soldier named Major Israel Fearing led a small contingent to the Fort and repelled the enemies. From that point on, the fort was called “Fort Fearing.” It was rebuilt and named Fort Phoenix, after the mythical bird who dies and is reborn from its ashes.  The fort was rebuilt twice more, in 1798 and then again in 1808.

Fort Phoenix came under fire again during the War of 1812.  In 1814, the British navy tried to force the local militia to give up their weapons.  The Americans fired back. Eventually, the British ship (HMS Nimrod) gave up and returned to sea.  The fort continued to operate throughout the Civil War. It was staffed by soldiers who rotated between Fort Phoenix and the newer Fort Taber in nearby New Bedford.  At the beginning of the Civil War, additional cannons were installed. Five of these 24-pound cannons still exist on the site. The for was decommissioned in 1876.  Fifty years later (1926), the land was purchased for the town by Lady Fairhaven. She was the wife of successful engineer Urban H. Broughton of England, and daughter of the town’s benefactor Henry Huttleston Rogers, an oil tycoon who amassed a great fortune.

Today, Fort Phoenix is a state reservation featuring a stretch of sandy beach along Buzzards Bay, with free parking, a playground for children, and public tennis courts.  Visitors can walk along the beach to the old remnants of the Revolutionary era fort, which includes five cannons built in the 1820s and several monuments.  During the summer months, the Fairhaven Office of Tourism offers a Fort Phoenix Minuteman Presentation every Friday morning at 10:00 AM.

There is also a group that gathers at the fort twice each year (Memorial Day weekend and then again in September) to re-enact a revolutionary encampment.  Visitors can see how the soldiers would have lived while staying at the fort and waiting to get called into battle.  They can watch the militia performs their drills, cook by campfire, and witness several cannon and musket firing demonstrations.   The highlight of the event happens at dusk, when the soldiers fire off the 24-pound cannons.

Dawn to 10PM. Presentations are held at the fort on Fridays at 10AM in the summer.