National Monument to the Forefathers

The National Monument to the Forefathers was carved from solid granite (in separate sections) between 1859-1888. It honors the pilgrims who sailed to the New World on the Mayflower and the values that they espoused: faith, morality, law, education, and liberty and others. It is believed to be the largest granite sculpture in the world, standing at 81 feet tall. The largest figure is a woman who represents faith; she holds a bible in her left hand and her right hand points upwards to heaven. The monument was listed on the National Register of Historic Places in 1974. It, along with the waterfront area surrounding Plymouth Rock, comprise Pilgrim Memorial State Park.

National Monument to the Forefathers 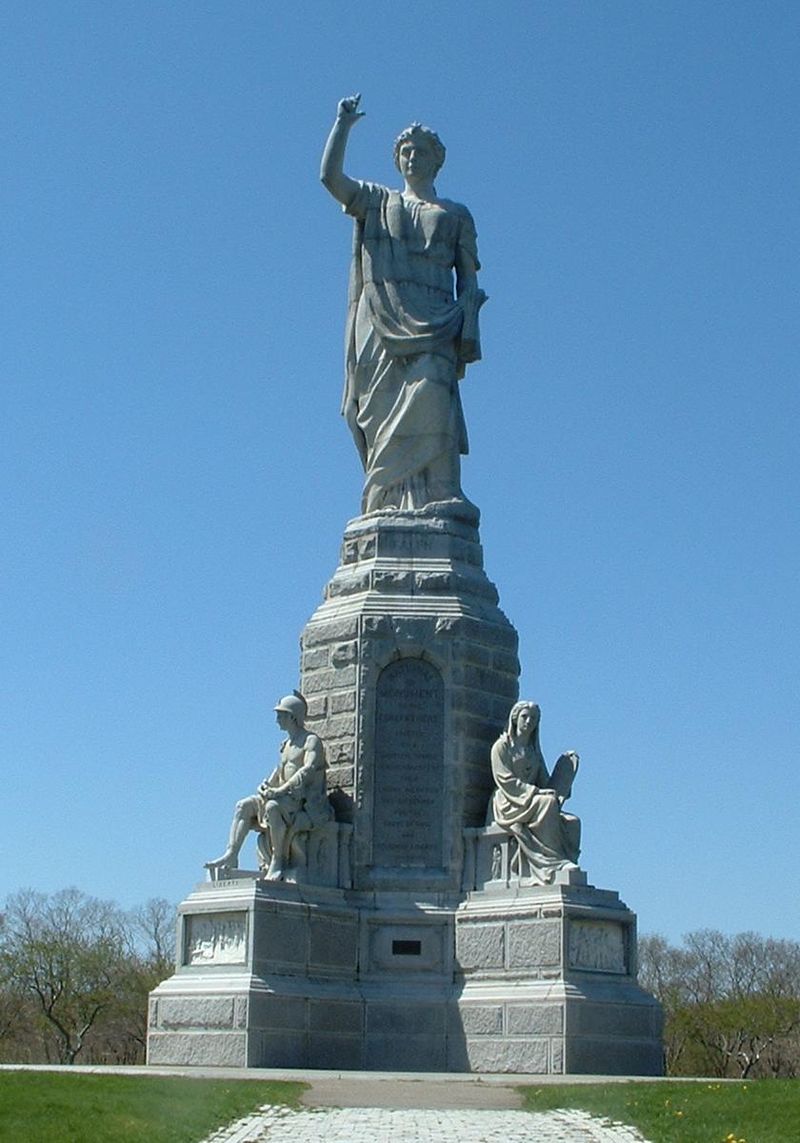 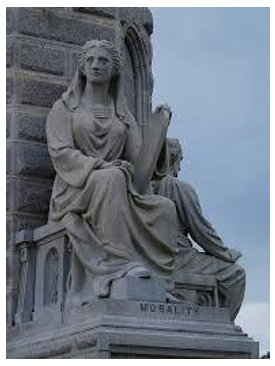 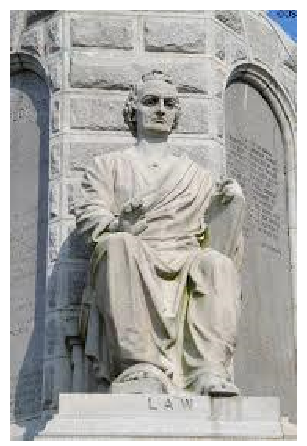 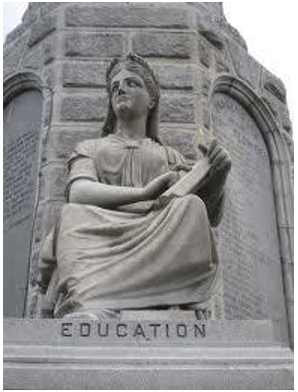 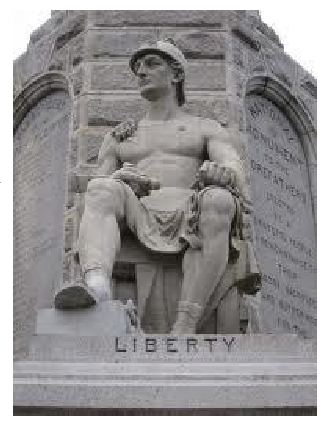 The National Monument to the Forefathers was first envisioned as early as 1820. The people of Plymouth wanted to erect of monument to honor their forefathers who traveled from England to the New World in the early seventeenth century, seeking religious freedom and better opportunities.  After years of consideration, a design was finally settled upon and work began in 1859.  The monument was conceived by artist Hammat Billings and it was later completed, with changes, by his brother Joseph and other sculptors. It took nearly thirty years to finish the 81-foot tall statue. A formal ceremony dedicated the monument in 1889. At 81-feet high, it is believed that the National Monument to the Forefathers may be the largest granite sculpture in the world.  The final masterpiece is much lower than what Billings’ first design – 150 feet (one foot short of the Statue of Liberty).

The monument features one individual standing on the top of a pedestal.  He is holding in open Bible in one hand and pointing the other to the heavens. This part of the statue is a testament to the faith that the Pilgrims had in a higher power, who guided them to the shores of the new world.  This figure is referred to as Faith.  The seated forms below Faith are known as Morality, Law, Education, and Liberty.  In addition to the figures, the monument is composed of several plaques laying out the forefather’s visions for life in the new world.  One of the more famous inscriptions comes from Governor William Bradford’s Of Plymouth Plantation.  It describes why the forefathers have been called the “parents of our republic.” Thus out of small beginnings greater things have been produced by His hand that made all things of nothing and gives being to all things that are; and as one small candle may light a thousand, so the light here kindled hath shone unto many, yea in some sort to our whole nation; let the glorious name of Jehovah have all praise.

The seated figures surround Faith, and lay out the visions that the Forefathers brought with them to their new home.  The four statues are named: Morality, Law, Education and Liberty.   Morality is the religious figure. She was sculpted with the Ten Commandments held in her left hand and the scroll of revelation in her right. The Pilgrims are well-known to have traveled across the ocean seeking religious freedom.  The statue of Law is depicted with a law book in his left hand, and his right hand is extended in mercy, indicating our forefathers sought to administer civil justice while always having God’s mercy in view. Education is depicted holding an open book of knowledge (which is the Bible) implying that the book’s truths must be passed on to everyone. Finally, Liberty is shown holding a sword. He is prepared to protect his family as well as his personal, religious, civil, and economic liberties.

A dedication on the monument’s northeast face reads, “National Monument to the Forefathers. Erected by a grateful people in remembrance of their labors, sacrifices and sufferings for the cause of civil and religious liberty.”

The monument is located within the Pilgrim Memorial State Park, a couple of blocks away from the waterfront, on Allerton Street. It is free to visit and open to the public year-round. The site is managed and maintained by the Massachusetts Department of Conservation and Recreation. Visitors are even welcome to enjoy a picnic on the monument’s grassy park area.