Claimed to be the oldest continuously-maintained burial ground in the U.S., the Myles Standish Burial Ground is one of the most notable historical sites in the Duxbury area. The cemetery was listed on the National Register of Historic Places in 2015 and contains roughly 130 graves. Notably, this site contains the graves of several of the pilgrims aboard the original “Mayflower,” including the captain, Myles Standish. Tourists who are interested in the early history of the U.S. should stop to visit.

Myles Standish Burial Ground. The canon installed on the memorial was created in 1853. 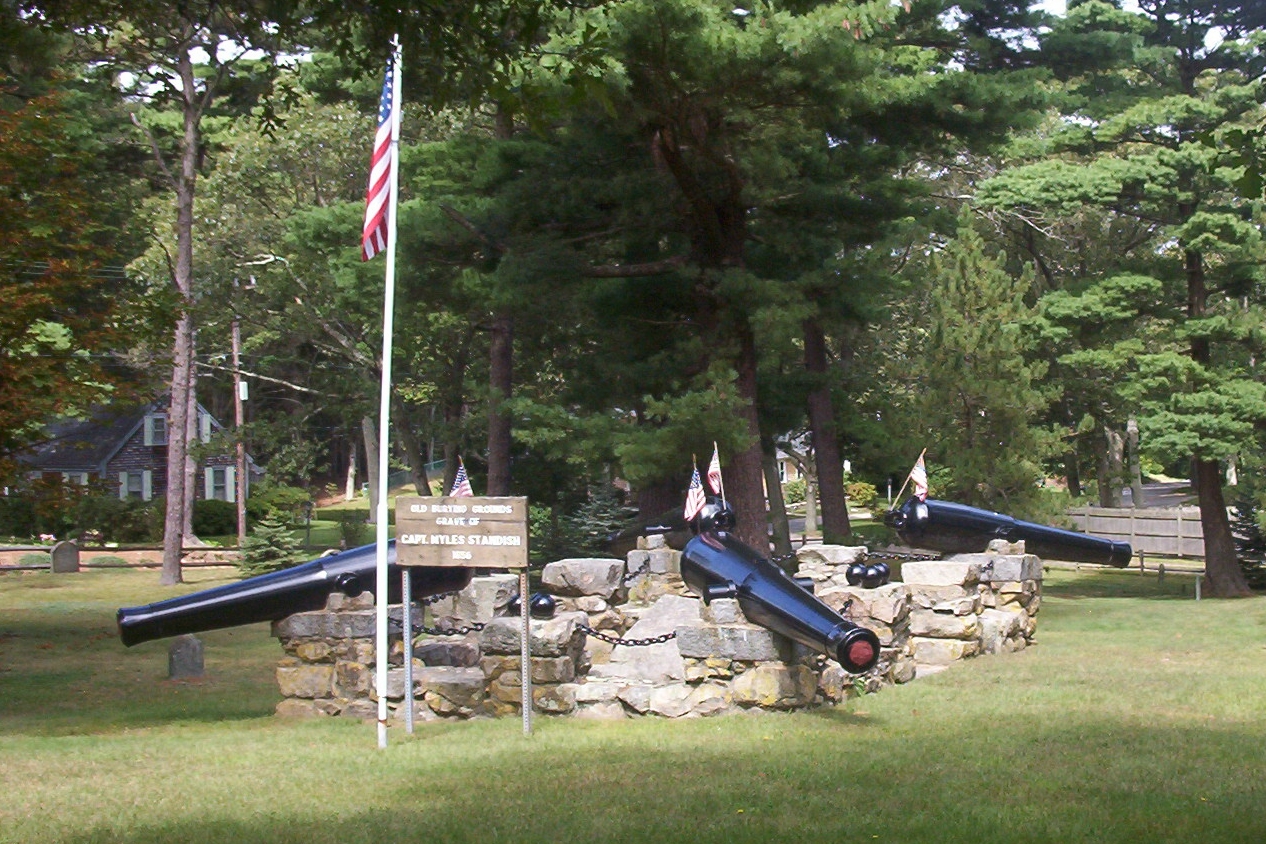 The Myles Standish Burial Ground was established around 1638, making this the oldest continuously-maintained cemetery in the United States. This burial ground serves as the final resting place for many of the Puritan settlers who sailed in 1620 from England to what was then known as the New World aboard the Mayflower. Perhaps the most famous of these early settlers is the cemetery's namesake and Mayflower captain, Myles Standish, who died in 1656 at the age of seventy-two.

In 1889 and 1891, several graves were exhumed. During these explorations, it was confirmed that Myles Standish had been buried at this location. In 1892, a memorial to Standish was built on the site of his grave. In 1931, Standish's descendants wanted his remains to be better protected, so they could exhume the body, place him in a copper coffin, and re-inter his remains in a larger cement box.

It was added to the National Register of Historical Places in 2015 and is maintained by the city of Duxbury.