The St Louis Cemetery No. 1 was established in 1789 and is the oldest remaining cemetery in New Orleans. The cemetery is a leading tourist attraction given the connections between the city's early history and the public's fascination with New Orlean's unique funeral traditions, as well as myths and legends that connect this cemetery with voodoo culture. The cemetery is still active, with a few burials occurring each year. New Orleans is below sea level, so when is time to bury the dead, they place the remains of the deceased in above-ground tombs. There are a handful of licensed tour guides that offer daily tours of the cemetery, including the histories of some of the cemetery's most famous tombs and the people interned within them.

One of several historic markers throughout the cemetery. 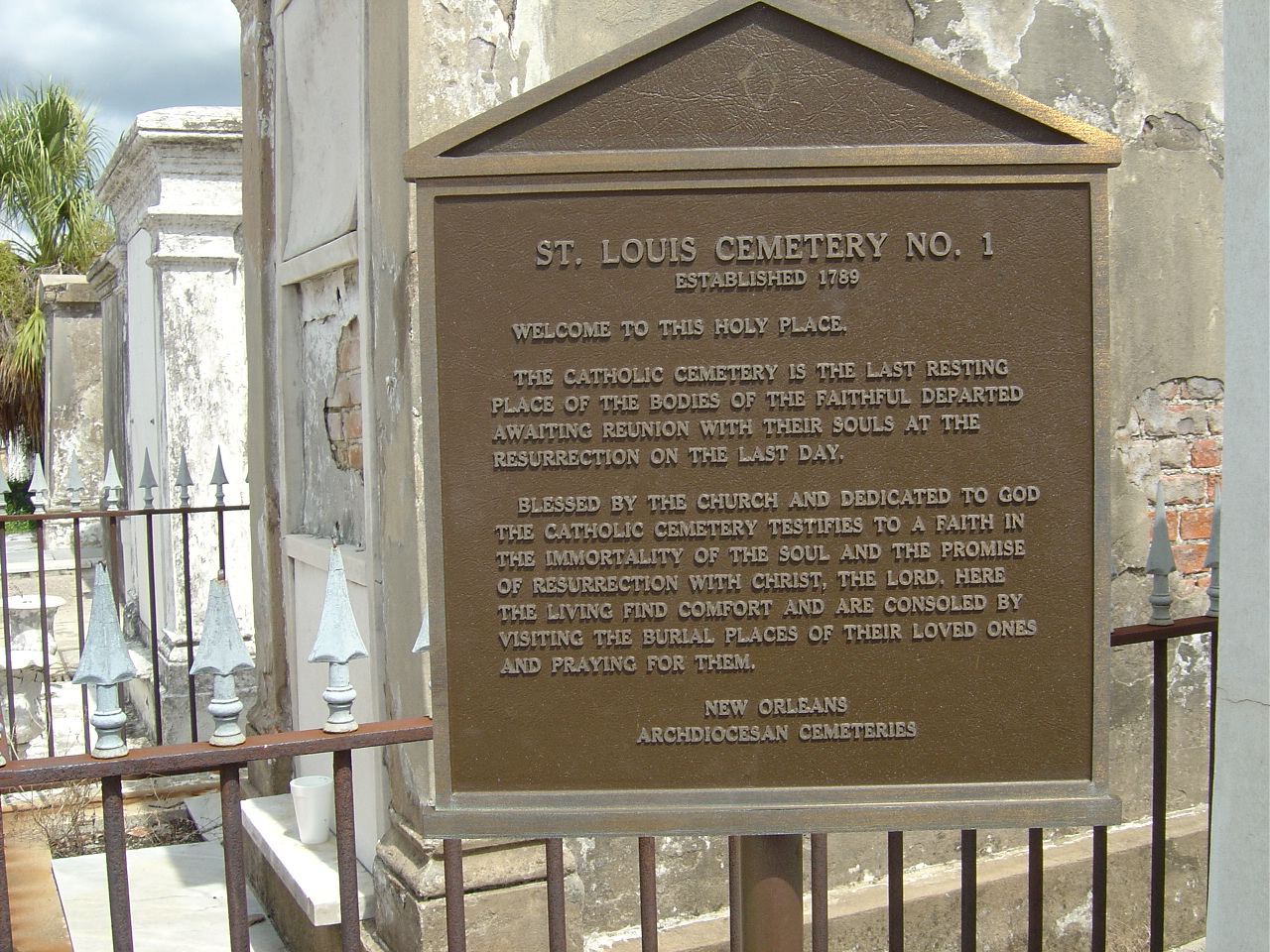 Tombs within St Louis Cemetery No. 1 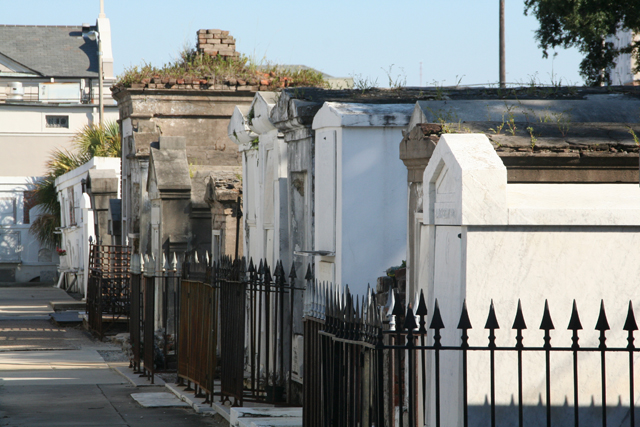 This cemetery was created on August 14, 1789 by the Spanish imperial government. Due to the scarcity of ground above sea level, government officials chose a swampy site on St. Louis Street. This site was just 40 yards behind the city's charity hospital but still far enough away from many homes-an important consideration as many connected burial plots to disease and other maladies.

A canal was inserted to drain the swamp around the city as well as delivering goods. The canal led to the development of warehouses and depots in the city's Treme’ neighborhood. The first few burials were done in a careless way, something that accounts for the current maze of tombs. It is believed that the first burials were below ground or semi-below ground until the cemetery converted to only permit the above ground tombs seen today.

The City of New Orleans wanted to expand Treme’ Street, but the Protestant section of the cemetery was in the way. To please the growing Protestant community, the city proposed a site in the Faubourg St. Marie in 1822, which is now known as the Girod Street cemetery. The city also worked with the church to build St. Louis Cemetery No. 2 further from the center of town. Most of the burials at that time were being held at Cemetery No. 2, though Cemetery No. 1 was still open.

As the city population grew, the development caused the site of Cemetery No.1 to shrink in size. By the end of the 19th century, the surrounding area had become mostly residential. The area of Storyville was created around the cemetery which was known as the “Red Light District”. It had a boundary made up of Iberville, North Robertson, St. Louis and Basin Streets until the Navy shut it down in 1917.

Storyville was the torn down to make room for Iberville housing project. In 1930, the Municipal Auditorium was built and the canal was filled in by 1938. The area was decreasing due to the construction of Interstate 10 even after the city’s may attempts to restore. Cemetery No. 1 received the reputation of being extremely dangerous and this led to families and locals staying away. The cemetery became overgrown and abandoned and since then has been used for scenes in movies and finally turned into a top tourist attraction with the approval of the Archdiocese.