The Tapping on the Mound takes place with each graduating class as a form of induction into various honors societies. The tradition dates back to the early 1900s and includes literal "tapping" (on the shoulder or on the Mortar board) as a rite of passage. The Mound is on the site of Franklin Hall, a university dormitory destroyed during the Civil War. The area is fenced off from the rest of the quad and marked with an historical marker to denote its special place on the University of Alabama's campus. 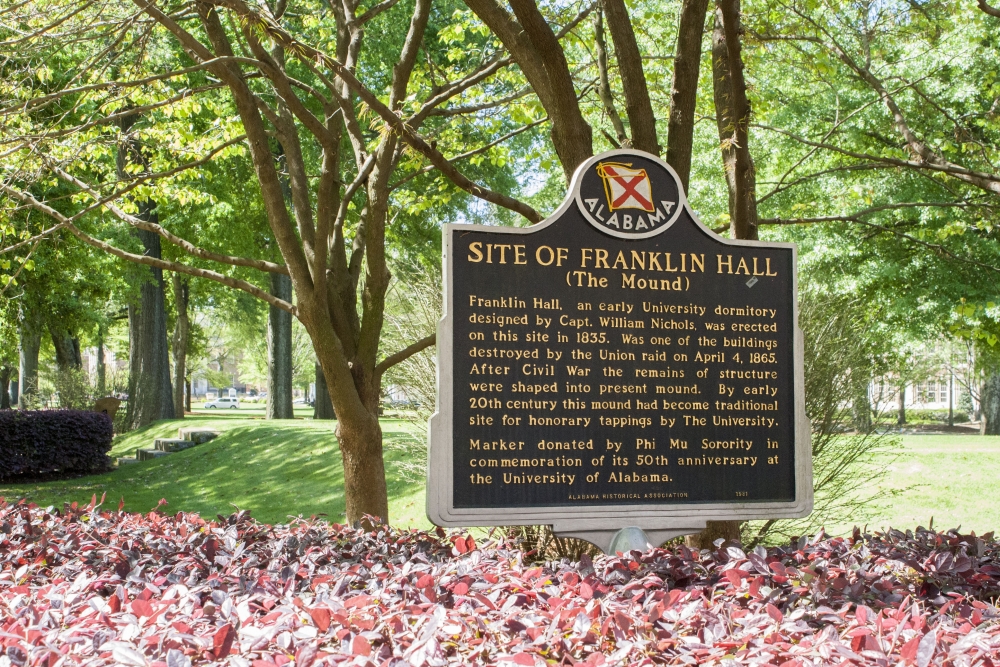 A woman is tapped into Mortar Board in 1959. Photo from Hoole Special Collections Library, Tuscaloosa, Alabama. http://purl.lib.ua.edu/57133

A woman is tapped into Mortar Board in 1971. Photo from Hoole Special Collections Library, Tuscaloosa, Alabama. http://purl.lib.ua.edu/57680 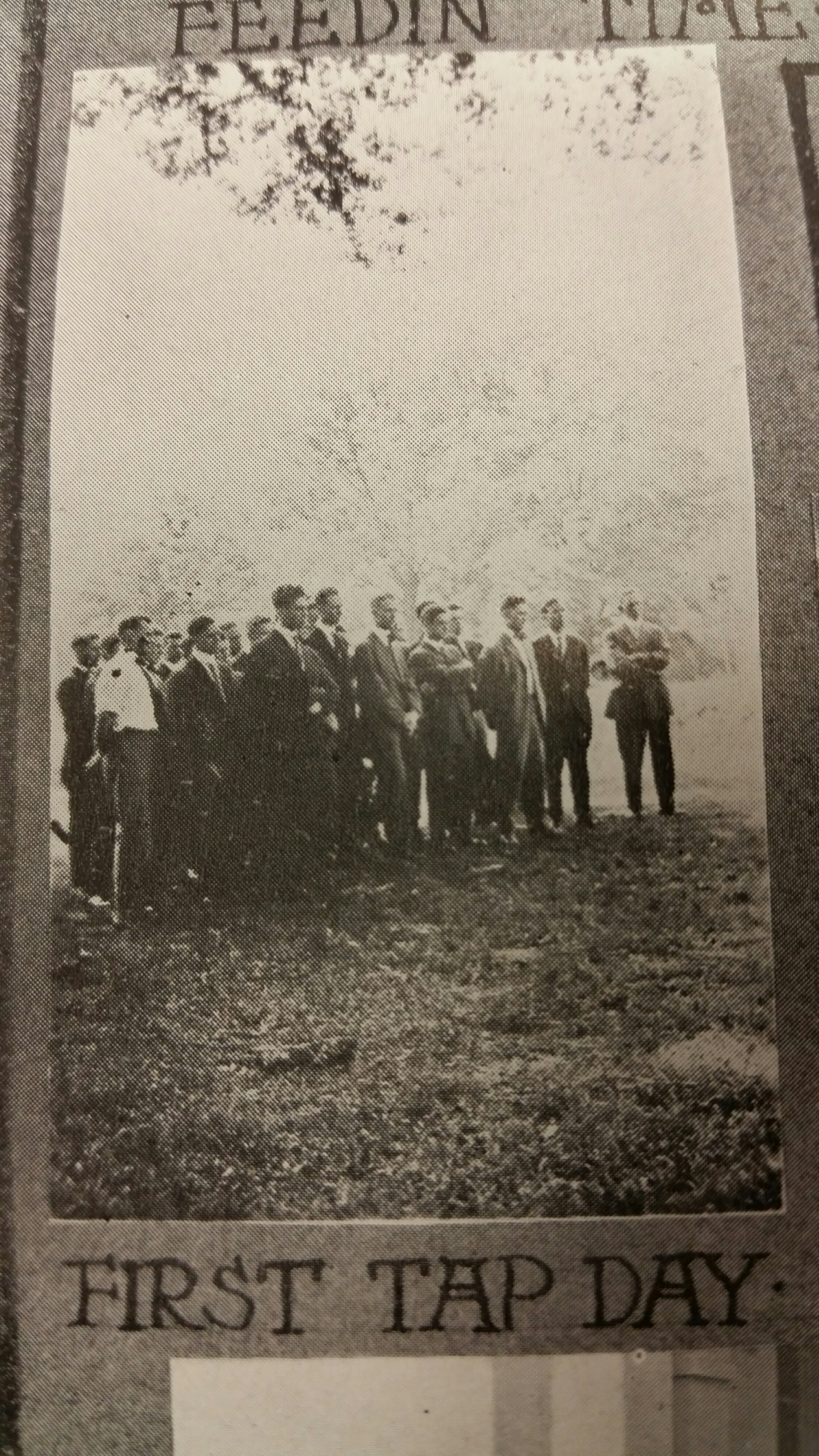 The Mound is located on the site of Franklin Hall, a university dormitory erected on the University of Alabama’s campus in 1835. The Hall was designed by Captain William Nichols, according to the historical marker placed on the site. On April 4, 1865, Federal troops raided the University’s grounds, burning many of the buildings. The remains of Franklin Hall were formed into The Mound, which was eventually grown over with grass and became the sacred memorial it is today.[1]

The tradition of the Tapping on the Mound began in the early 1900s, with a possible initial ceremony taking place in 1915, according to the 1915 Corolla.[2] The Mound has since been a place of honor, hosting the inductions of students to countless societies throughout the decades including Omicron Delta Kappa, Blue Key National Honor Society, Anderson Society, and Delta Kappa.[3] The ceremony is currently held every spring by the Coordinating Council for Honors Societies on campus.[4]

The site has been marked off from the rest of the Quad at the heart of the University’s campus. It is surrounded by fencing, a relatively new addition to the area which signifies the respect and honor associated with The Mound. It is discouraged to step onto The Mound unless participating in the Tapping ceremony, although on a Saturday in the fall, it is not uncommon to find children tossing a football on this patch of grass free from tailgate tents.