This historic house provides a wonderful example of the Late Greek Revival style of architecture. The house was built in 1859 for Louise Donnet and Cyprien Dufour, a state senator and attorney. In 1870, the couple sold the house to Arthemise Bouligny and Albert Baldwin, a leading businessman and philanthropist, the house stayed in the Baldwin family until 1912. Mr. Baldwin’s grandson, Albert Baldwin Wood was an engineer who invented two very important pumping systems for cities below sea level such as New Orleans. Esplanade Avenue had traditionally been the home of New Orleans' French speaking and Creole aristocracy and still has many large mansions and homes. 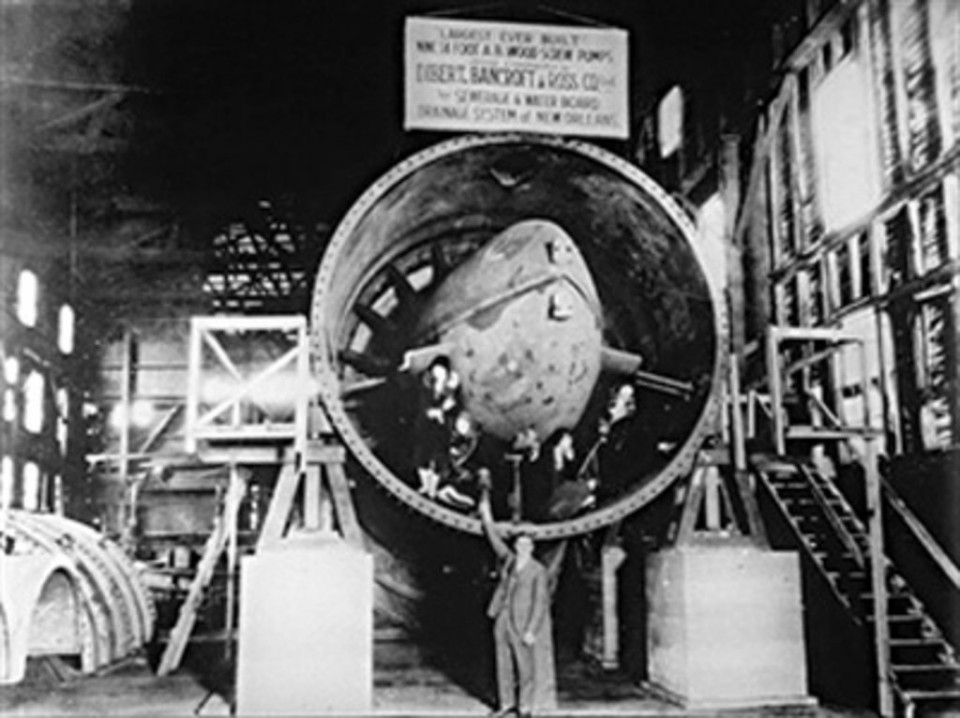 An illustration of the house on Esplanade 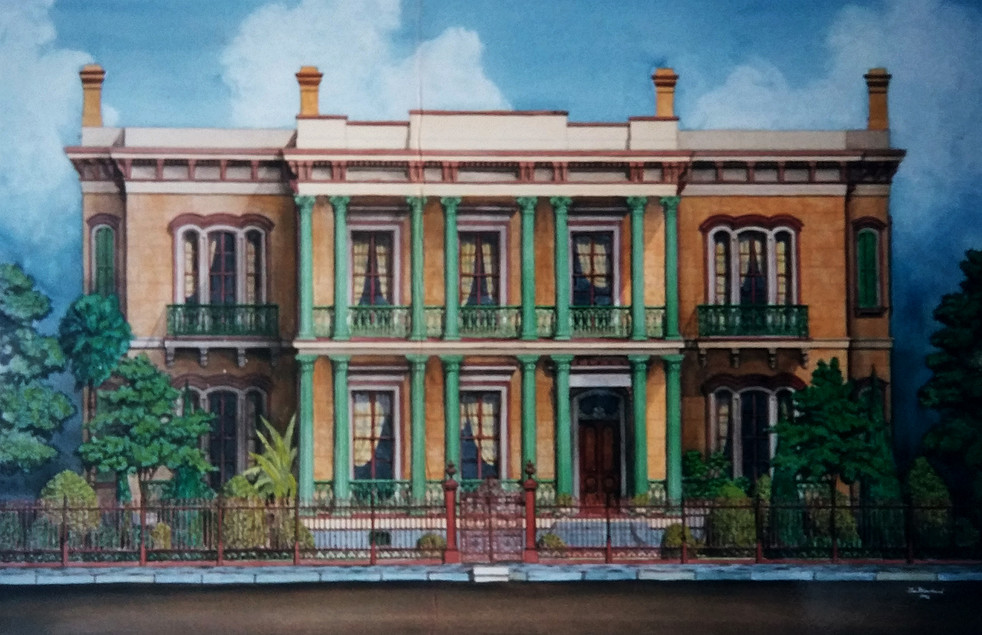 An royal proclamation to attend Carnival, from the Rex organization. 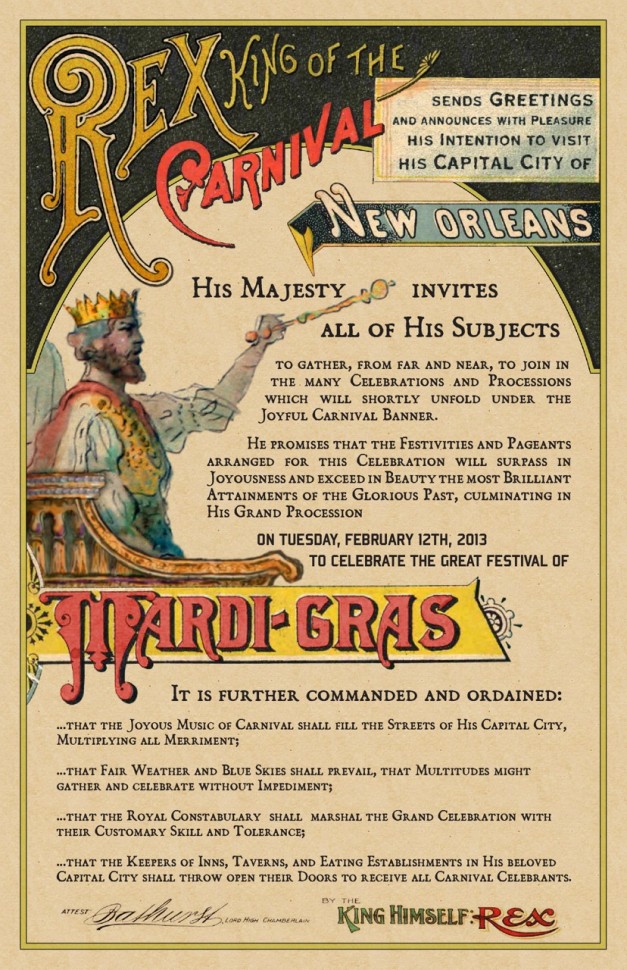 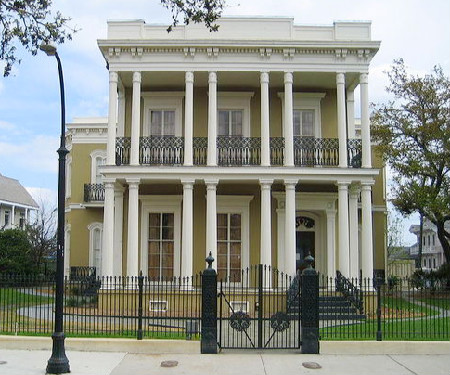 Thirty seven years before the Dufour family moved into their new home on Esplanade Avenue, Joseph Pilie, a city surveyor, mapped out where the avenue would run, connecting the city with Bayou St. John.By its completion the street had already become the place to live for the upper class Creole community. Because of this the Dufours chose it as the location for their new home.

The lot was originally owned by the prominent Creole Basilice Bedesclaux-Duchamp, who sold it to Dufour and his wife in 1859. Dufour was a Louisiana State Senator, Essayist and Attorney who had served as both District Attorney and Louisiana Attorney General during his career. As a State senator he helped to draft the 1852 Louisiana State Constitution.

In 1870 the Dufour family sold the property to Mr and Mrs. Baldwin, another wealthy New Orleans couple. Mrs. Baldwin was descended of the Spanish governor Don Francisco de
Bouligny and Mr. Baldwin was a wealthy businessman and philanthropist.The Baldwin family stayed prominent in New Orleans until the mid 20th century. Their daughter, named Arthemise after her mother, was awarded Queen of Rex in 1896. "Rex" (officially called the School of Design) is a philanthropic organization which has helped to advertise Carnival and Mardi Gras, as well as supporting education and public aid.Rex The couple's grandson, though, Albert Baldwin Wood had even more prominent an effect on New Orleans' history.

After graduating from Tulane University Albert Baldwin Wood took a job with the New Orleans Sewerage and Water Board. Being below sea level, and surrounded on all sides by either lake, river or swamp the city is at constant risk of flooding and the Sewerage and Waterboard is in charge of preventing this. When Mr. Baldwin Wood came to the organization the city's large centrifugal pumps couldn't keep pace with the water during heavy rains. Baldwin Wood designed a new system using screw pumps which would eventually prove effective. This simple but rugged approach was later copied by both Dutch and Japanese developers and in 1974 the American Society of Engineers declared the system an engineering historical landmark.

Today the house still sits at the intersection of Esplanade Ave. and Derbigney St. and has a marker out front which reads:
"A classic example of the late Greek Revival-Italianate style. Designed by noted architects Henry Howard and Albert Diettel, constructedf in 1859 by Wing and Muir for Louise Donnet and Cyprien Dufour, a prominent attorney, author, and state senator. Dufour sold their home in 1870 to Arthemise Bouligny and Albert Baldwin, a leading businessman and philanthropist, who retained the property until 1912. Prior to 1859 the frontage was owned by free persons of color, Auguste Reynal and Bernard Crokin. The remainder was owned by the illustrious Creole, Basilice Pedesclaux-Duchamp."