Built in 1929, this medieval-designed castle was the home of John Hays Hammond Jr. (1888-1965), who was one of the country's foremost inventors during the 20th century. He secured 400 patents and developed 800 inventions over the course of his lifetime. His work on radio remote control earned him the nickname the "father of remote control." The house was not only a home for he and his wife, it was also a laboratory and a place to display his collection of Roman, Medieval, Renaissance artifacts. His travels to Europe inspired the creation of the castle. The house features 15th, 16th and 18th century architectural motifs and elements. In the great hall there is a large pipe organ that was often played but no longer functions. Visitors are allowed to explore the castle on their own. The castle was listed on the National Register of Historic Places in 1973. 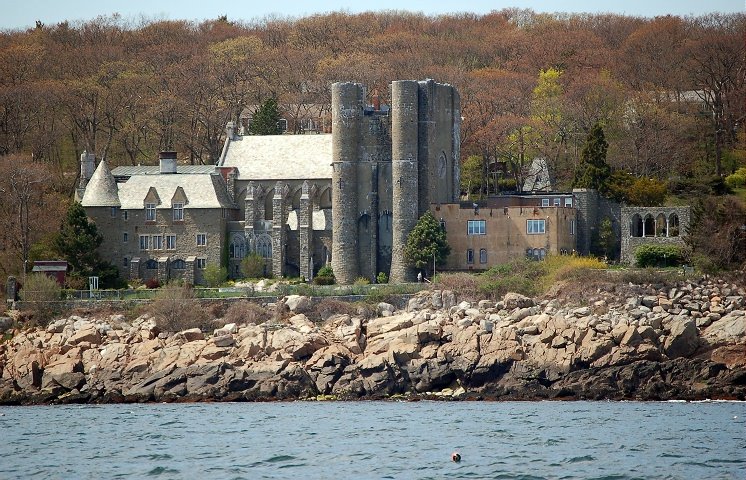 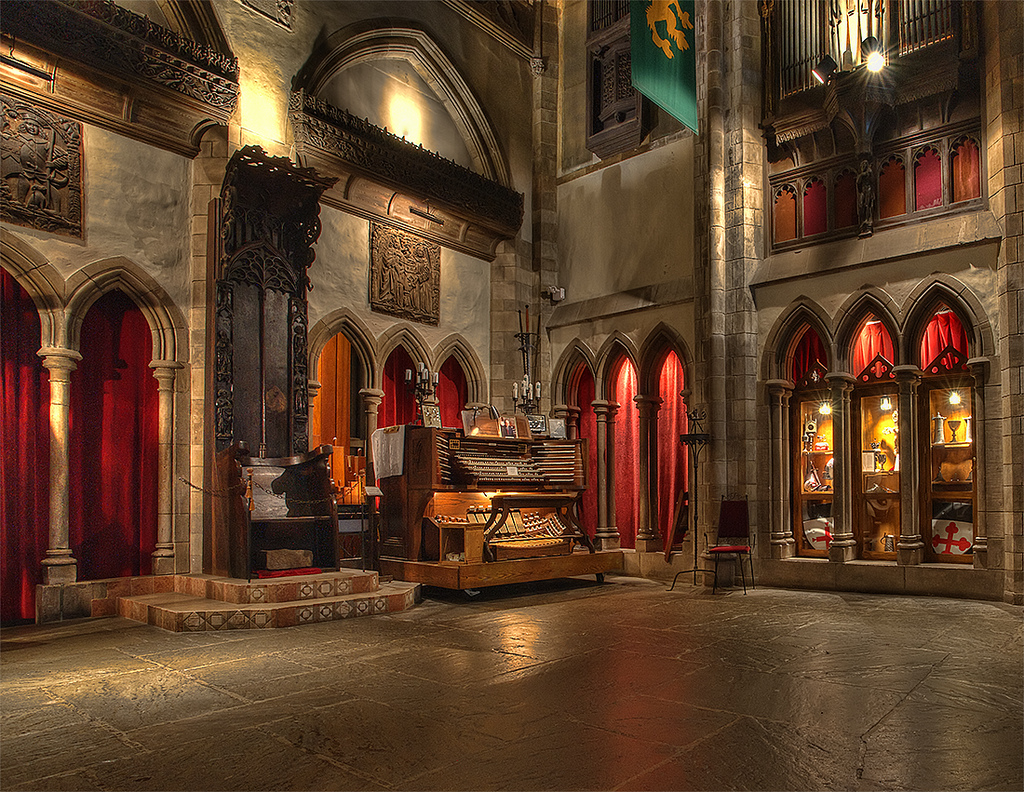 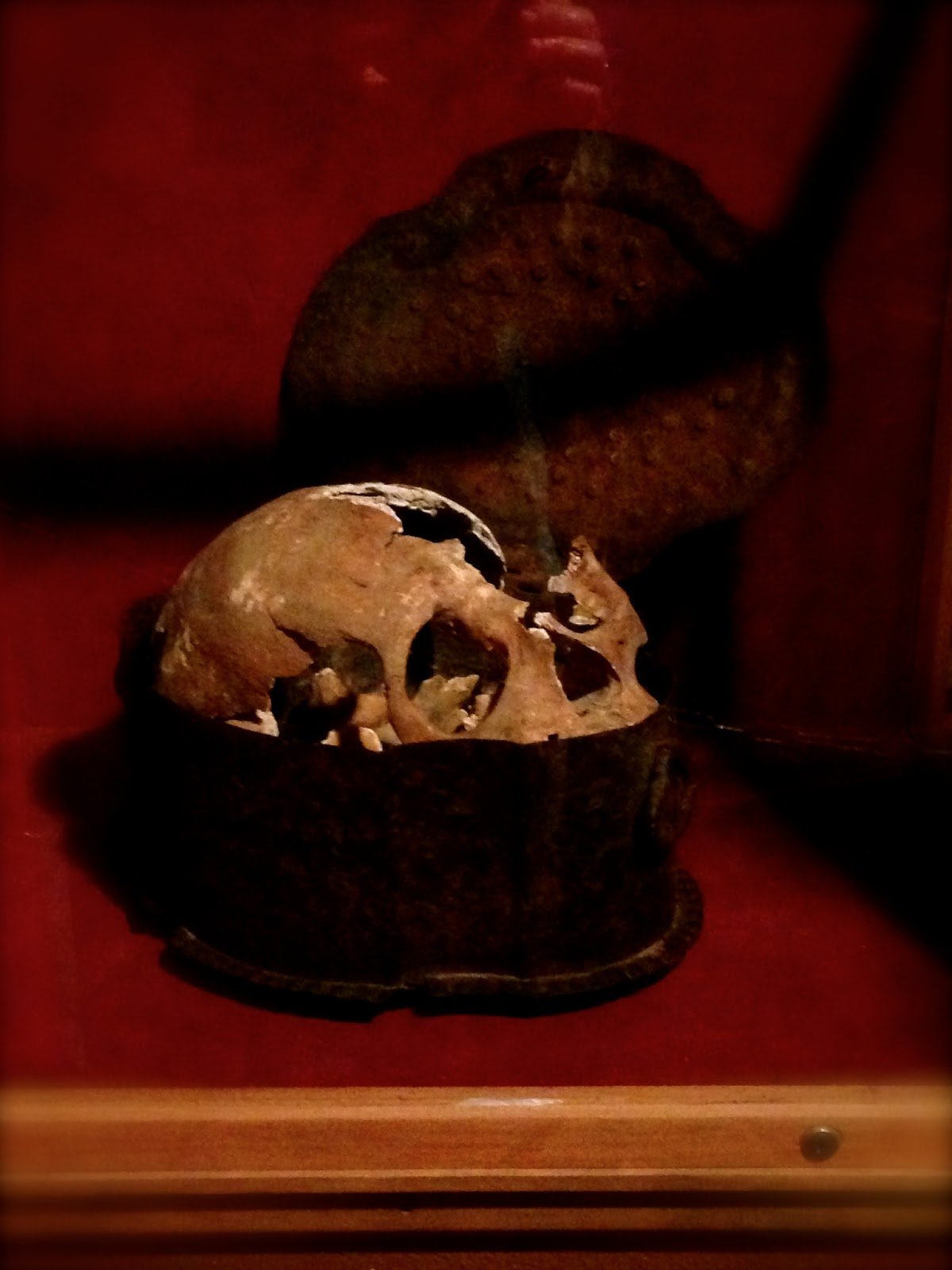 John Hays Hammond Jr. built the massive, medieval-style castle for his new bride, Irene, in the late 1920s.  The castle was their home for many years, but it was also Hammond’s working laboratory as well as a place to store and display his enormous collection of artifacts gathered from all over the world.  One of Hammond’s most prized pieces is displayed in the Great Hall of the castle – the skull of one of Christopher Columbus’ crew members.

Hammond was one of the most prolific inventors in American history. Over his lifetime, he created many new inventions and held over 400 patents – second only to Thomas Edison. He is often called the “Father of the Remote Control” because of his work with remote control and radio waves. Since the castle was built so close to the Gloucester Harbor, Hammond could see the boats from his home and the courtyard.  He invented a radio-controlled boat that he experimented with in the harbor; the crews on the other ships received quite a fright when they saw the unmanned ship move through the water!

There are several other features in the castle that are characteristic of Hammond’s eccentricity. On the castle’s front lawn, there is an ancient Greek-style statue of a man.  This work of art was commissioned by Hammond and is modeled after himself.  He gave the nude sculpture to his wife as a gift. Allegedly, she hated the statue, placed it outside facing the sea, and used a fig leaf to hide its genital area.

Additionally, there is a unique room within the castle called the “whisper room.” The room itself was an experiment in acoustics.  If his guests sat at one end of the room, Hammond would go ahead and sit on the opposite side. Then, he would whisper a message. The whispered words would travel overhead through the cleverly domed ceiling. When the sound reached the other side, the guests would be surprised to hear a few words uttered in a hushed tone. Hammond was always intrigued by the paranormal, and probably thought that this kind of a “haunting” was great fun.

Hammond’s interest in the occult and the paranormal led to a series of experiments with a psychic, named Eileen Garrett, within the castle.  Hammond built a Faraday cage, which was intended to block out signals from the surrounding environment and allow Mrs. Garrett uninterrupted communication with the supernatural. Hammond concluded that Extrasensory Perception (ESP) was not transmitted over electromagnetic frequencies, since Garrett could still communicate with the science team telepathically while she was in the cage.

The paranormal intrigue within the building continues to this day. There are several reports that John Hammond and his wife, Irene, may have returned to haunt Hammond Castle after their deaths. The site is a hotspot for paranormal investigations. It is open for regular tours from April to October and hosts several special Halloween events during the weekends in October before it closes for the winter season.