Nott Hall is part of the University of Alabama campus in Tuscaloosa. The building was dedicated in honor of physician and scientist Josiah C. Nott in 1922. 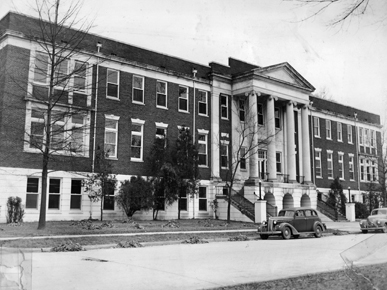 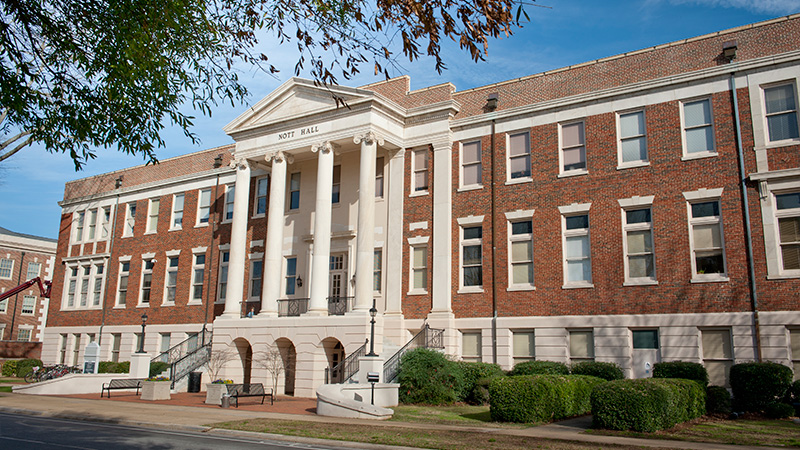 Nott Hall is named after Josiah Nott. He founded a medical school in Mobile in the late 1850s. He was a polygenesist who believed that Blacks and whites had separate origins.
His research supported the slave system and compared the brains of African Americans to the brains of primates. He ultimately came to the conclusion that the brains of Black people and the brains of monkeys were comparable and Black people were not nearly as capable as white people.

This building is a more modern building that now houses the university's honors college. Nott is the author of Types of Mankind, the book that gives detailed information about his research and supports his ideas of Black inferiority. During the war Nott was an inspector in the military hospital. He helped with the surgeries and tending to soldiers. After the war the medical college that he created was commandeered as a school for the first Black children in the city of Mobile who were able to attend school.

In 1865, Nott issued a statement that he would rather see all buildings used for such purposes including his own medical college burned down. Most of the schools except for the medical college did get burned down. Those who were former slaves took note of his actions.He tried to reclaim the school back from the freedmen's hands. He even put out of series of letters.Former slaves wrote a very detailed letter where they said that Dr.Nott's ideas about Black people still being subordinate were outrageous and that if he took back the school they would wage another war. Nott never received the school back and it became the Emerson Normal Institute.