Clark Hall was built in1884 and named for the 1800s University Trustee Willis G. Clark. It contains the Dean of Arts and Sciences Office and the Department of Theatre and Dance's dance studio. It is the central building of the College of Arts and Sciences. 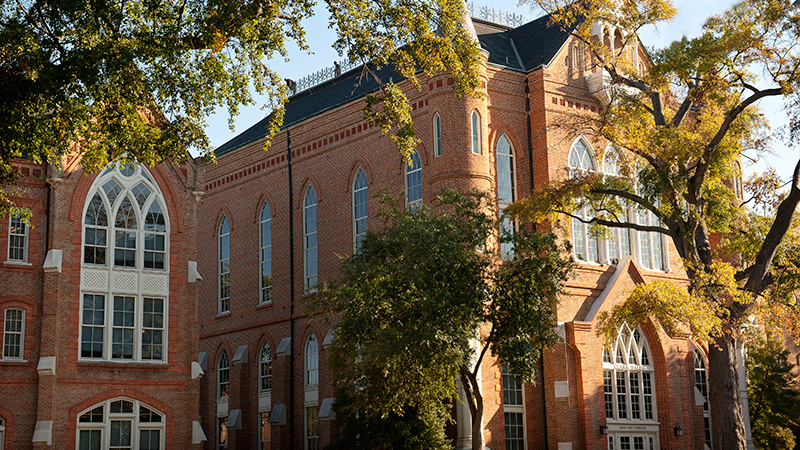 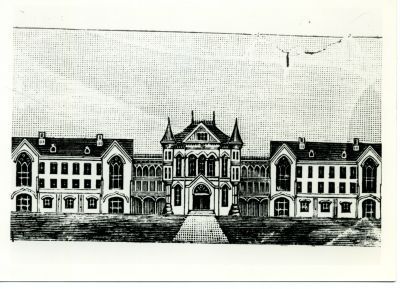 Clark Hall was constructed on the site of the old Lyceum dorm that was destroyed during the Civil War. It is one of the eight buildings that make up the Gorgas-Manly Historic District on the campus of the University of Alabama. This district collectively represents buildings that stand for the gradual economic rebound of the South following the end of the war and its defeat. Clark Hall plays an essential part in representing the Reconstruction Era around the University of Alabama’s campus.

It was originally designed as an all purpose building and contained a library, reading rooms, chapel, and large public meeting room with a balcony. Sixteen items were placed in the cornerstone of the new building, including a silver 1821 dime from the cornerstone of the Lyceum dorm. The large meeting room was used for the University's commencement ceremonies, but the extremely tall windows created a terrible glare and inconvenienced all within.

In 1910 the building started to go downhill and by 1948 it was near collapse with bowing walls from the heavy sagging roof. However, the engineer Fred Maxwell saved the hall by erecting an interior steel frame within the building, making it the most structurally sound building on campus at the time. Still dealing with the problem of the windows, the university hired a Birmingham artist to paint a trompe l'oeil effect of the sky outside on the boarded up panes. This only lasted until the inside needed a fresh coat of paint and had thoroughly disappeared by 1981 when the building went through its latest remodeling. The building was originally carefully crafted crafted with cathedral glass window which were later broken and replaced by plain glass.

The building took its name from Willis G. Clark, an appointed trustee of the University of Alabama. Originally coming from New York, Clark paved his way to importance by getting involved in education, business, and was both a credited author and editor. He advanced the Alabama public education system and went to great lengths to ensure it had substantial funding. "Clark developed an interest in education and traveled in various northern states to study outstanding school-systems. Acting under Clark's advice the Mobile schools began deriving operating funds from sources of revenue commonly used for education through out the United States in this period."