Lawrence Heritage State Park is comprised of three parts: the Visitor Center, Pemberton Park and the Lawrence Riverfront State Park. The visitor's center is inside an 1840s boarding house where workers from the mills in the surrounding area lived. The museum features exhibits depicting the history of Lawrence, which was one of the country's first planned industrial cities. The exhibits include models of boarding houses and mills. The museum also tells the story of the 1912 Bread and Roses strike, in which 30,000 immigrant textile workers—comprised of mostly of women—in Lawrence decided to strike against low pay and harsh working conditions. A painting created by Ralph Fasanella titled "Lawrence 1912: The Bread and Roses Strike" depicts the event and is permanently displayed in the museum. 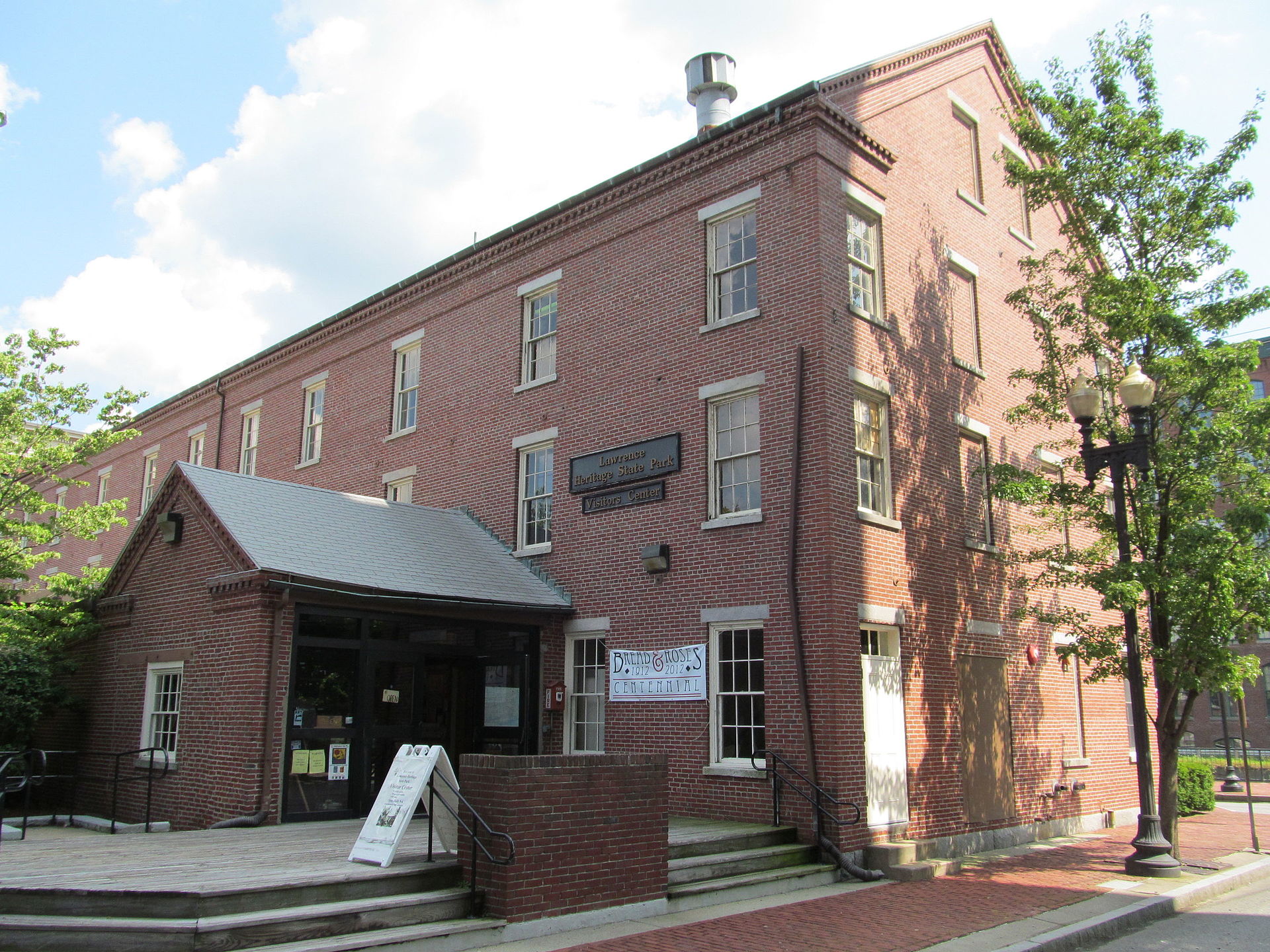