The Easton Roller Mill is a historic grist mill and sawmill located near Morgantown, West Virginia. The historic landmark was in operation beginning in 1867 and survived until the 1930s. This mill represents the industrial history of the community of Easton and neighboring Morgantown, and was added to the National Register of Historic Places in 1978. The mill remains in operating condition today. 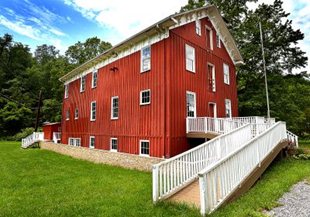 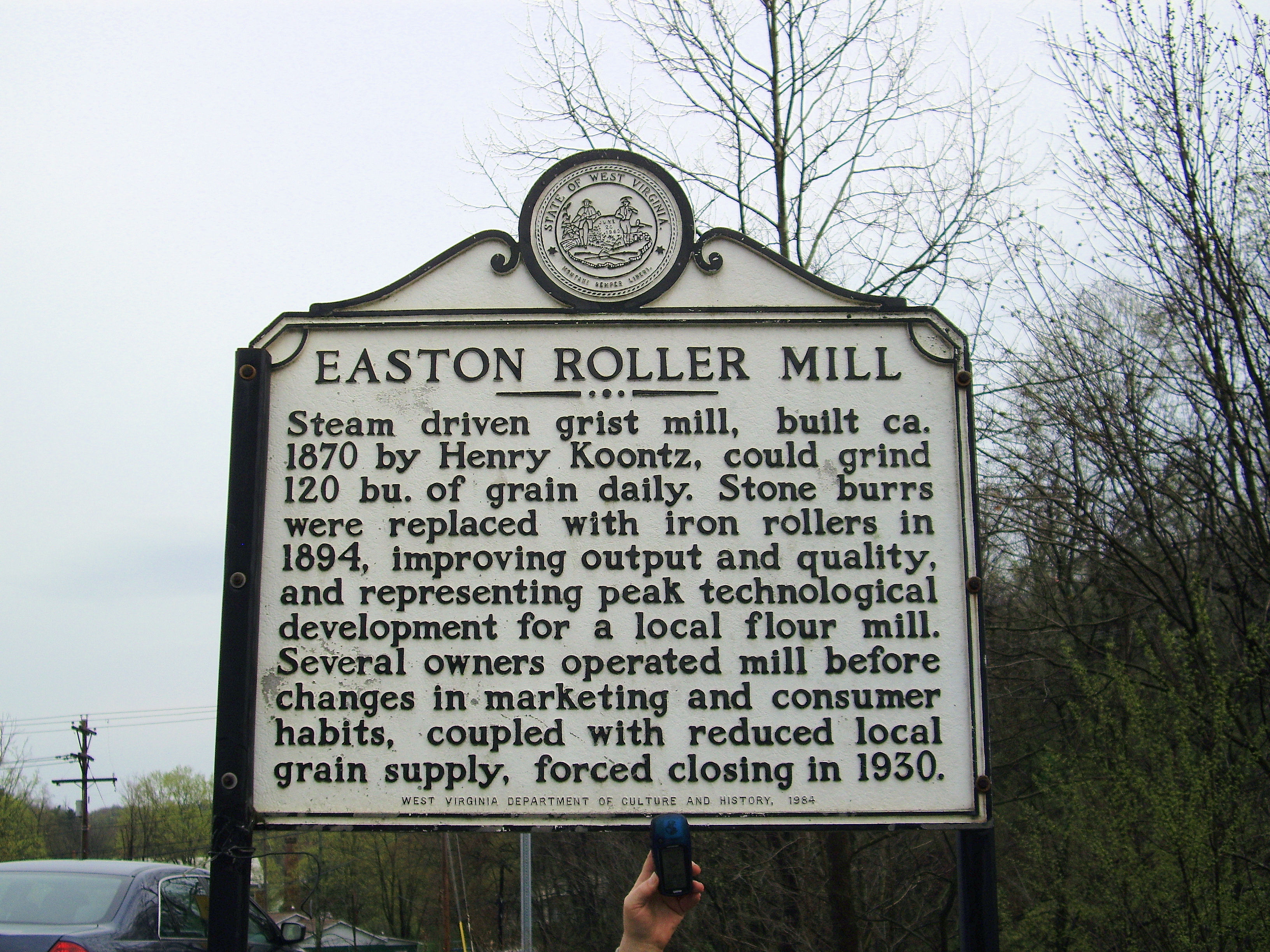 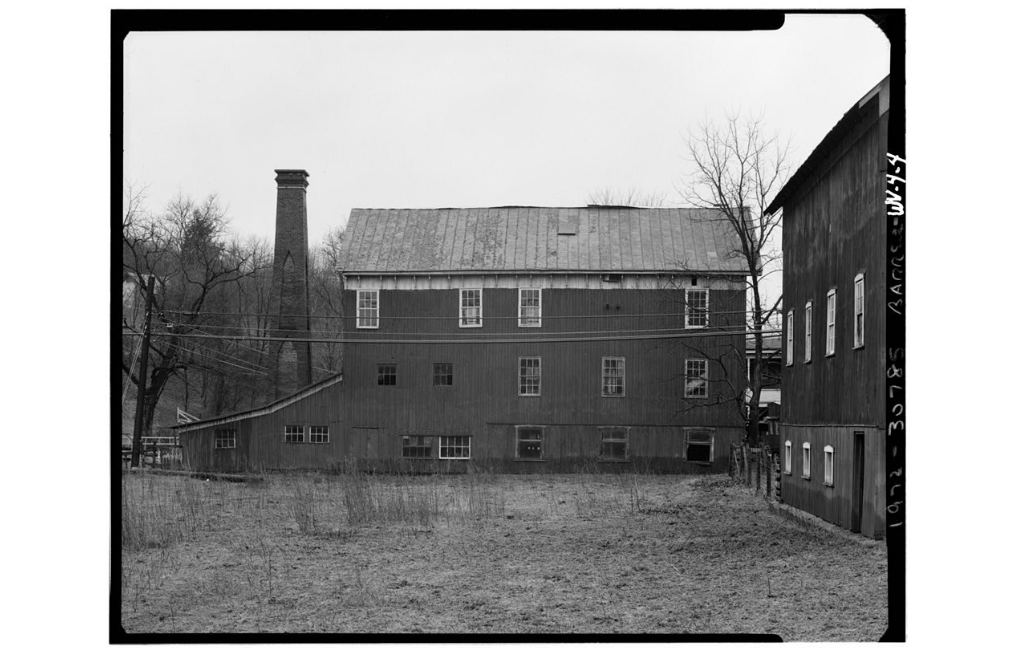 Maryland entrepreneur Henry Koontz began the construction of the mill on a 600-acre farm in 1864, during the Civil War, and operation began by 1867. The mill’s original use was for grinding grain and sawing lumber for the early settlers of the community. Koontz’s death in 1876 led the mill to be taken over by Tom and William Anderson, who ran the mill until 1884. Eldridge Weaver would then very briefly own the mill until Isaac Morris took over. Morris would own the mill until 1910 and oversee its growth.

The Easton Roller Mill is a significant historical artifact of the transition from small mills to industrial mills. A small stream flows nearby the mill, so it is speculated that it was originally a water-powered mill, but a steam engine became its main power source by 1883. Through the 1870s and 1890s, grain was ground between large millstones. This changed when new milling technologies were introduced. Roller mills grounded wheat into a higher quality flour, which was more in demand at the time. Corn continued to be ground using millstones, and a Lane and Bodley 40-horsepower steam engine powered both the roller mills and the millstones machinery. The growing community of nearby Morgantown allowed the Easton Mill to thrive until World War I. William C. Ley bought the mill from Isaac Morris in 1910, cut back operations in 1930 during the Great Depression, and eventually closed the mill for good in 1940.

The success of the roller mill from 1894 until 1930 reflects on the community of Morgantown at the time. For a roller mill to be successful at this time a miller had to not only be exposed to the process but there also had to be a demand for the type of bread that the flour of the roller mill produced. The success of the mill proves that Morgantown satisfied both of these requirements, revealing that Morgantown was influenced by national trends at the time. Many rural areas in the mid-Atlantic region did not switch to roller mills until the appearance of modern transportation and electronic communications.

Ley’s daughter, Estella Ley Pickenpaugh willed the mill to the Monongalia County Historical Society upon her death in 1970.  Through a series of renovations in the early 2000s, the Historical Society is now able to keep the mill in operating condition today. The society began opening the mill for summer tours in 2013, and continues to do so today. Tours allow visitors to see the mill and steam engine in action. Easton Mill is one of the last remaining steam-powered mills in the mid-Atlantic region.