As Missouri and other Border States descended into lawlessness and violence during the Civil War, thousands of Confederate sympathizers and partisans fled from the advancing Union army and began farming near the Boise area. Grant's victories at Shiloh and Vicksburg pushed some Confederate deserters and many other Southerners who simply wanted to escape the war to Oregon Territory. Town names reflected the growing number of Southerners who emigrated to Idaho, such as the town of Dixie, established in 1864 within Elmore County. There was also Confederate Gulch in Boise and Grayback Gulch, and another town called Dixie in Canyon County. Many Southern partisans and others who simply wished to escape the war settled in areas such as Caldwell and Notus. This community west of Boise, where other Confederate sympathizers settled, was once known as Lower Boise. Before the war was over, enough Confederate sympathizers had emigrated to Idaho to make the politics of the new territory reflect the divisions of the war in Border States like Missouri. Because of this sudden population growth, and under the influence of former Confederate sympathizers, when Idaho entered the Union in 1864 it did so under Democratic control. In fact, bitter sectional controversy nearly prevented Idaho’s statehood. A bitter contest between Confederate Democrats and Republicans ensued, and the Republicans were forced to request military support from Fort Boise to prevent an armed uprising. Eventually, supporters of Lincoln and the Republican Party found it wise to keep their politics to themselves, especially during holidays such as the Fourth of July. It wasn’t until 1882 that the Democratic party lost control of Idaho territorial elections, but during that time, many Republicans in Idaho found themselves facing the same kind of violent threats that other Republican supporters endured in the South during Reconstruction. 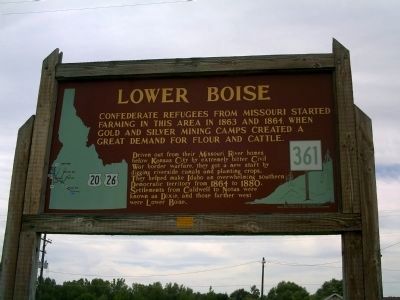 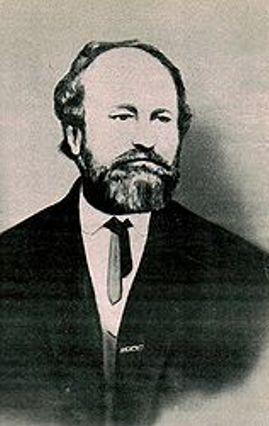 History of the Confederacy in Idaho

Since the Idaho Territory was established during the tumult of the Civil War, it was marred by the partisan strife typical of many states at that time. Furthermore, the Oregon Trail had become safe for travel, and Idaho was experiencing its prosperous mining boom. Beginning in 1863, thousands of Confederate refugees sought to escape the horrors of war by heading to the Pacific Northwest. Many left their homes in Missouri just below Kansas City, as extremely bitter border warfare left widespread bloodshed and massacre. Also, Confederate deserters, draft dodgers, and many others throughout the south looking to escape the war joined in this large migration on the Oregon Trail.

By the war's end, southern Idaho and the Boise Basin were controlled by Confederates. Lincoln and his adherents controlled the first hierarchies of government, but, as noted from above, legislation was Democratic with southern sympathies. These roots could be seen in the Elmore County town of Dixie, the Boise County community of Confederate Gulch, the Canyon County town of Dixie, the Boise County area known as Grayback Gulch, and many others.

Regarding the situation, Idaho historian Carlos Schwantes wrote, “In many ways, Idaho was as much Confederate as Union territory. Its remote location coupled with the appeal of mining camp bonanzas made it a haven for people on both sides who sought to escape the horrors of war.”1

Confederate refugees from Missouri started farming in this area in 1863 and 1864 when gold and silver mining camps created a great demand for flour and cattle.

Driven out from their Missouri River homes below Kansas City by extremely bitter Civil War border warfare, they got a new start by digging riverside canals and planting crops. They helped make Idaho an overwhelming southern Democratic territory from 1864 to 1880. Settlements from Caldwell to Notus were known as Dixie, and those farther west were Lower Boise.2