Union Station, also known as Montgomery Union Station or Montgomery Union Station and Trainshed, in Montgomery, Alabama was built by the Louisville and Nashville Railroad and opened in 1898. Erected of brick and limestone on a high bluff along the Alabama River, the station also served passenger trains of Atlantic Coast Line, Western Railway of Alabama, Seaboard Air Line, Central of Georgia, and Gulf, Mobile and Ohio Railroad. The station had six tracks under a 600 foot shed, with a coach yard on the south end of the station as well as a Railway Express Agency facility. The station's design segregated passengers by race and incorporated Romanesque Revival elements. It was the largest and most elaborate station in Alabama and an excellent example of late 19th century architecture. It was declared a National Historic Landmark in 1976.

Built in 1998, Union Station has been renovated and is home to commercial tenants and the Montgomery Area Visitor Center. 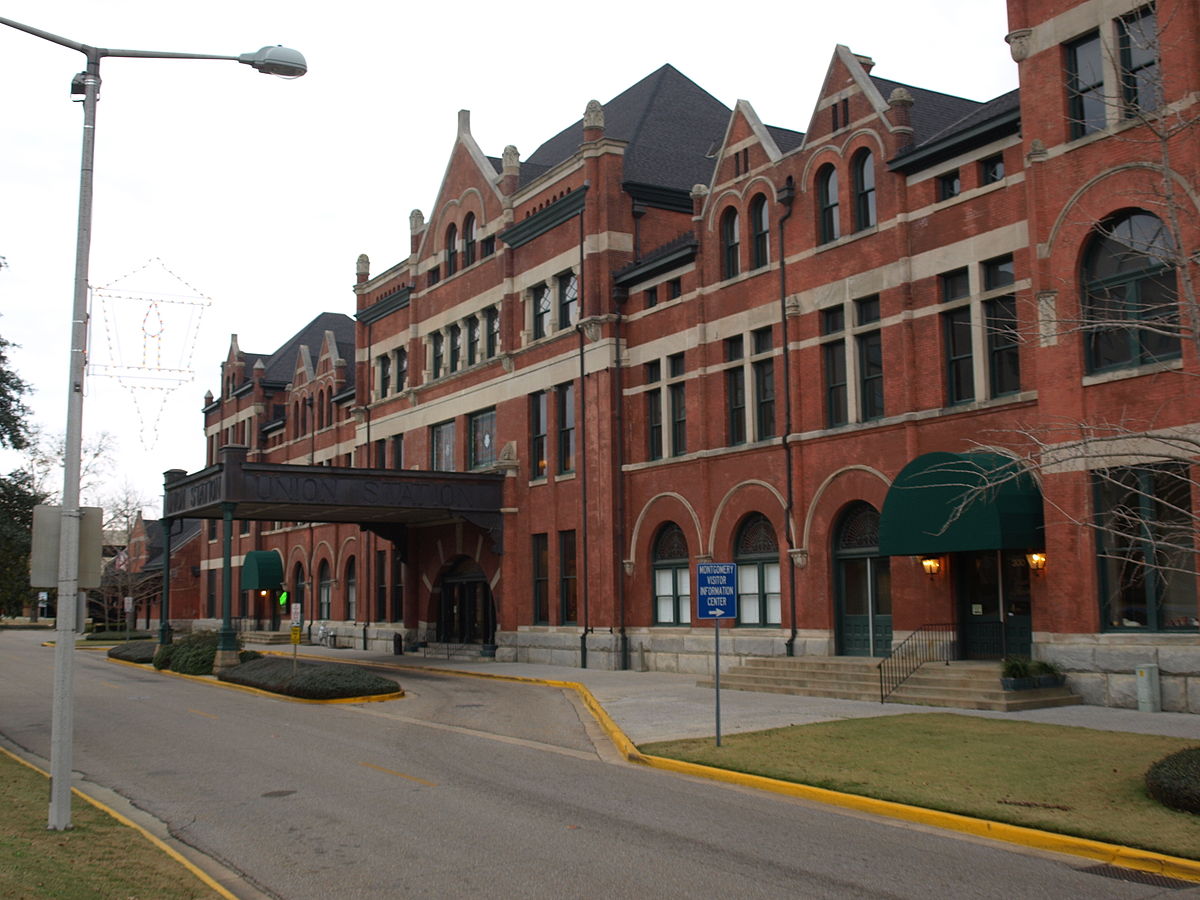 The number of passenger trains using Union Station declined during the 1950s and 1960s. When Amtrak came into existence in 1971, it continued passenger service through Montgomery with a single train (the South Wind, later renamed the Floridian), operating between Chicago and Miami. However, this train was terminated in 1979 and Union Station was closed. After a period of disuse, Union Station was renovated for commercial use and houses the Montgomery Area Visitor Center. The train shed still stands, although tracks under it have been replaced by asphalt parking.