Shippen Manor was built sometime in the 1750s by brothers Dr. William Shippen and his brother Joseph Shippen who were both landowners and businessman from Philadelphia. The home is now a museum operated by the Warren County Cultural & Heritage Commission, featuring furniture and other items belonging to the Shippens and other families who lived here. The house is listed on the National Register of Historic Places and is also on the New Jersey register. 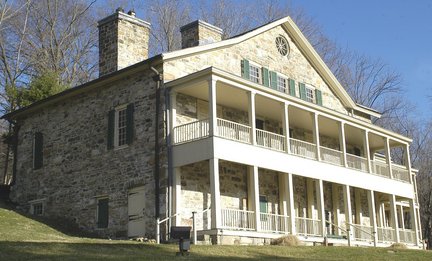 William and James partnered with James Robeson, the owner of the nearby Oxford Furnace, which is also listed on the national register. Eventually, the Shippens acquired ownership of the furnace by 1766. The house was finally bought by the state of New Jersey in 1974 which then transferred ownership to Warren County in 1984.