Established in 1979, the Heritage Glass Museum celebrates the history of glassmaking in the city and region. It was formed thanks to the efforts of the South Jersey Bottle Glass Club. The land on which its building stands was once owned by a prominent glass making family, the Stangers, who originated from Germany. 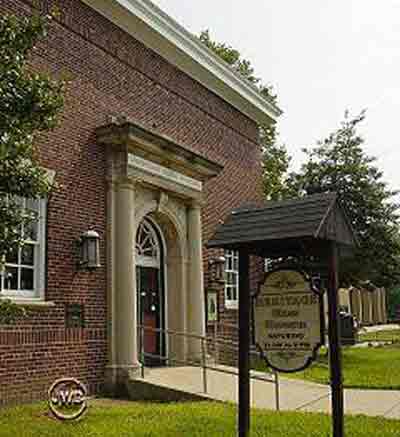 Some of the glass bottles on display 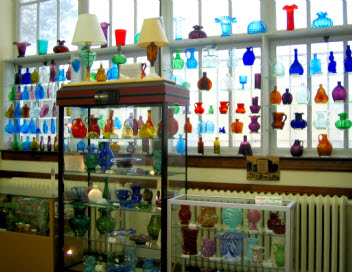 The Stangers arrived from Germany in 1779. They were attracted by the oak trees that would fuel their furnaces as well as the abundance of sand and clay. The building was constructed in 1926 and first housed a bank. It was then a Great Depression era emergency relief center, a lumber company, then a library.