Ashlar Hall is one of the more unique buildings in Memphis. It was bulit in 1896 by real estate developer Robert B. Snowden, who designed the home to resemble a castle. Except for the steel framework, the house is made entirely of ashlar stone. Snowden named the house after this type of stone. The house sits along the border of central downtown Memphis and in between two apartment buildings. It was added to the National Register of Historic Places in 1983. As of 2017, the current owner, Juan Montoya, is in the process of restoring the building either into commercial space or a reception hall.

Ashlar Hall was built in 1896 and is one of the city's most unique buildings. 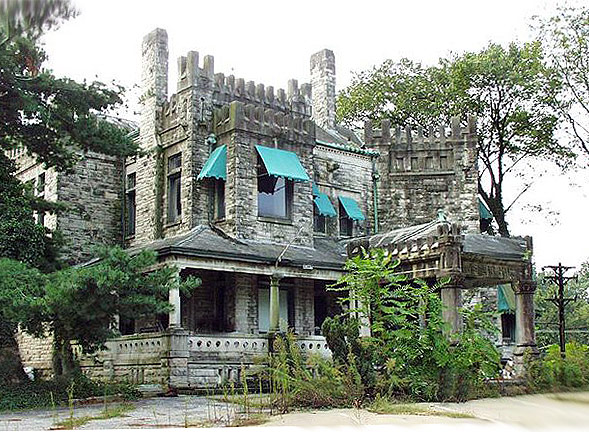 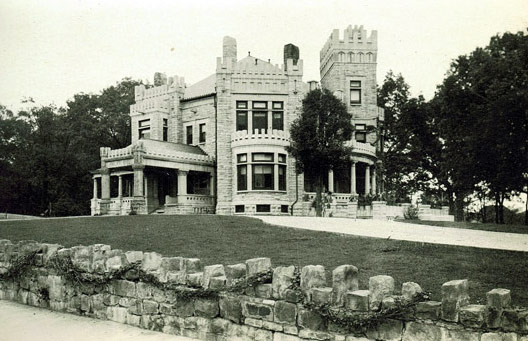 Robert B. Snowden studied architecture and graduated from Princeton in 1890. He and he and his wife raised their children in Ashlar Hall. Snowden died in 1942. His wife passed away sometime in the 1950s. Investors bought it in 1957 and in the 1960s it became a restaurant owned by the Grisanti family. Various owners continued to use the building as a restaurant. In 1990, eccentric Memphis millionaire Prince Mongo bought Ashlar Hall and used it as a restaurant and nightclub. Prince Mongo claims that he is from the planet Zambodia and continuously tries to run for mayor. In 2013, he gave the building away to a friend who supposedly was going use it as a non-profit organization for veterans. However, the contractor hired to remove the restaurant equipment also removed some copper and stonework, leaving gaping holes in the facade that have been covered with tarps. Juan Montoya bought Ashlar Hall in 2016 for $59,000.