First built between 1872-1876, Fort Mott was one of three forts constructed to protect the Delaware River (the other two were Fort Delaware on Patch Island and Fort DuPont in Delaware City). The forts were part of a larger post-Civil War effort to modernize the country's coastal defenses. Of the original plan of eleven gun emplacements with twenty guns and a mortar battery with 6 emplacements, just two gun emplacements and two magazines in the mortar batteries were built. In anticipation of the Spanish-American War (occurring April-August in 1898), the federal government initiated another modernization plan beginning in 1885 and by 1902, Fort Mott was greatly expanded and, interestingly, designed to repel a ground attack. Today, The site is now a public park and directly adjacent to it is the Finn's Point National Cemetery, where Confederate prisoners of war and many Union soldiers patrolling Fort Delaware are buried. Visitors can explore the fortifications and walk along an interpretive nature trail.

View of one of the large gun emplacements. The biggest guns at the fort were twenty inches wide; the smallest were three inches. 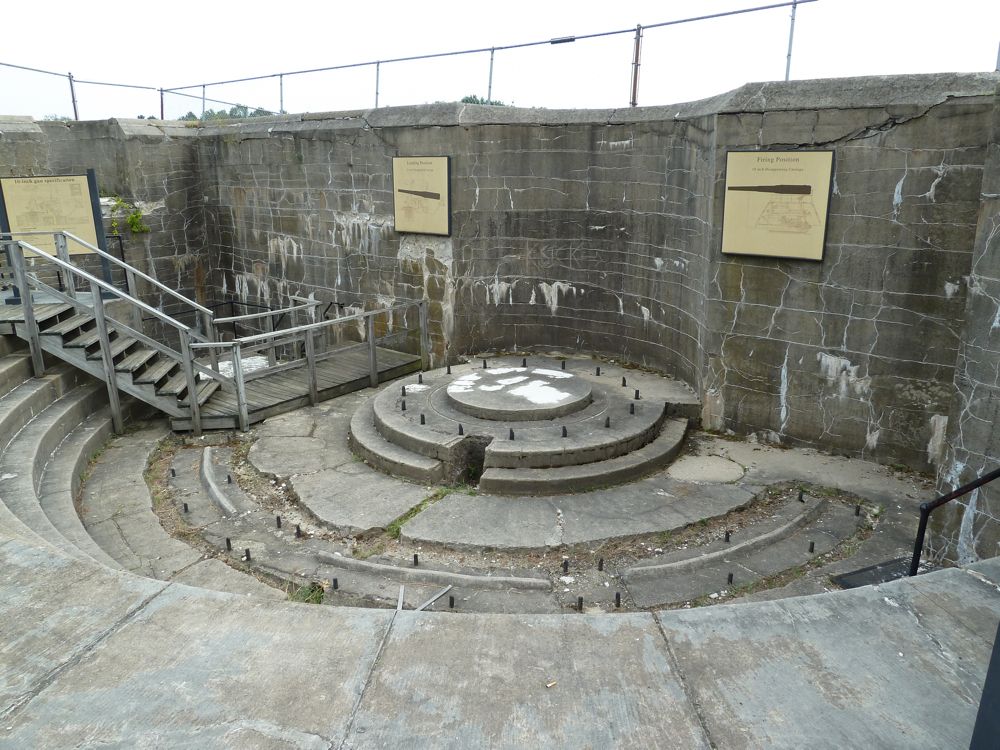 This path runs along the entire length of the fort. 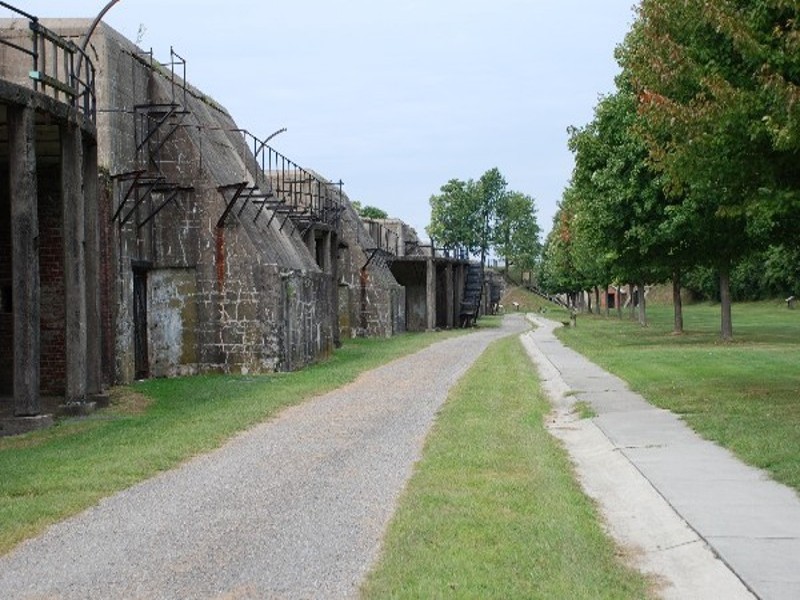 Another view of the fortifications.

The original plan for Fort Mott was to have 11 emplacements for guns to be stationed and six emplacements attached to a mortar battery. The guns would be the Rodman smoothbore type. From 1872-1876, the construction of the fort would take place, but the plans were not met as two gun emplacements and two magazines of the mortar battery were put in place. The rest of the plans and construction were cancelled due to suspension of fort work. The Board of Fortifications, appointed by U.S. President Grover Cleveland, ordered for new fortifications which helped expand the fort in 1885. The construction on this expansion of Fort Mott was completed in 1902 as part of defense for the Delaware River.

Fort Mott was not like most U.S. coastal forts as it was built to prevent any land attacks. It was named after Major General Gershom Mott. Major General Mott was an officer in the United States Army and the Union Army during the American Civil War. He served as a commander in the Eastern Theater with his Union troops. Mott also served as Second Lieutenant in the 10th Infantry during the Mexican-American War and as a Lieutenant-Colonel in the 5th New Jersey Volunteer Infantry. He was badly wounded during his service and resigned from duty in 1866, later dying in 1884.

One of the big guns stationed at Fort Mott named Battery Arnold was named after Brigadier General Lewis G. Arnold, who served as an artillery general in the Civil War most notably in Flordia. General Arnold would die after the war on September 22, 1871 in Boston, Massachusetts. Another big gun named Battery Harker was named after another brigadier general named Charles G. Harker, who served with the Union Army and died in the Battle of Kennesaw Mountain in Georgia. Many other major guns stationed in Fort Mott were named after other Union generals and soldiers who served in the Civil War.

Troops were stationed here from 1897-1922. Fort Saulsbury, near Millford, Delaware, was built after WWI and made the other three forts obsolete. A caretaking detachment remained at the fort until 1943. The state of New Jersey acquired the military base and made it a historical preservation site as well as a State Park in 1947. Fort Mott State Park was officially opened in 1951. The park is owned and operated by the New Jersey Division of Parks and Forestry. Itself, along with Finn’s Point National Cemetery, became an entry in the U.S. National Register of Historic Places in 1978.