Completed in 1902 and known as Whitehall, this mansion was home to railroad magnate and real estate baron Henry Flagler. During the early 20th century, Whitehall was widely regarded as one of the most impressive mansions in the United States. Whitehall is open today as a museum that offers guided tours of the grounds. Highlights include exhibits related to early south Florida history, Flagler's private railcar; and activities for children. 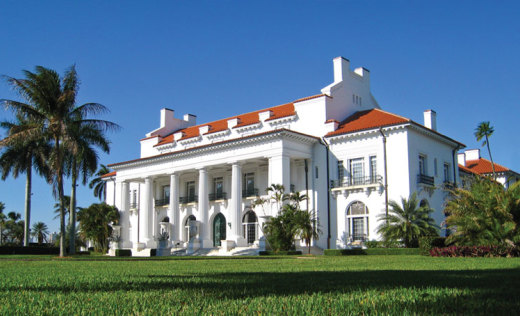