Located in Cape May Point State Park, Battery 223 is a World War II era defensive battery built to protect Delaware, Pennsylvania and New Jersey (it was part of the Harbor Defense of the Delaware system). Constructed in 1942-1943, the battery was part of Fort Miles at Cape Henlopen, located directly across the bay in Delaware. When it was finished, it was covered with sand and earth to appear like a small hill. The historic Cape May Point Lighthouse is located just to the west of the area. Nowadays, Battery 223 is a fondly-known destination in the area and was added to the National Register of Historic Places on June 25, 2008. 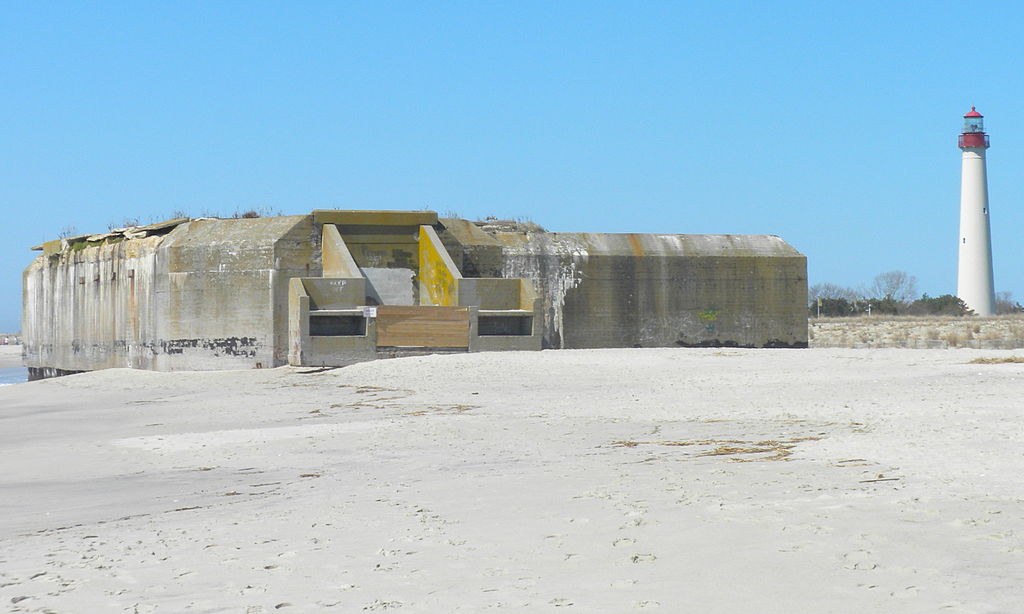 Originally built during World War II, Battery 223 was constructed to defend the shores in case of an enemy attack. Thankfully, Battery 223 never saw any action in the war, although there were regular drills and live fire tests.

As the war eventually ended in the Allies favor, Battery 223 was decommissioned in 1944.  By 1950, the Army had taken down all the fixed gun harbor defenses and all the battery’s weapons were scrapped soon afterward. The buildings themselves were used for other, minor military purposes for some time afterwards.

Battery 223 was later used for radio communications by the Navy. After 1958, a concrete pad was poured onto the roof of the structure, to support a Quonset hut, but it wasn’t long until the base was slowly phased out of usage all together. Battery 223 officially became a part of Cape May Point State Park in 1962. Today the battery is no longer covered up and remains in full view for all to see. Battery 223 remains an interesting point in military history, and it was officially added to the National Register of Historic Places in 2008.

The park is open daily dawn to dusk.