Located within a four-acre park, the current Browns Point Lighthouse was built in 1933 and stands 34 feet tall. The light was automated in 1963 and the park was formed the year after. The keeper’s cottage and boathouse have both been restored by the Points Northeast Historical Society and tours of both, as well as the grounds, are offered every Saturday from May through October from 1:00 to 4:00. The park also offers picnic areas, waterfront access and is quite popular among photographers.

The current Browns Point Lighthouse was constructed in 1933. 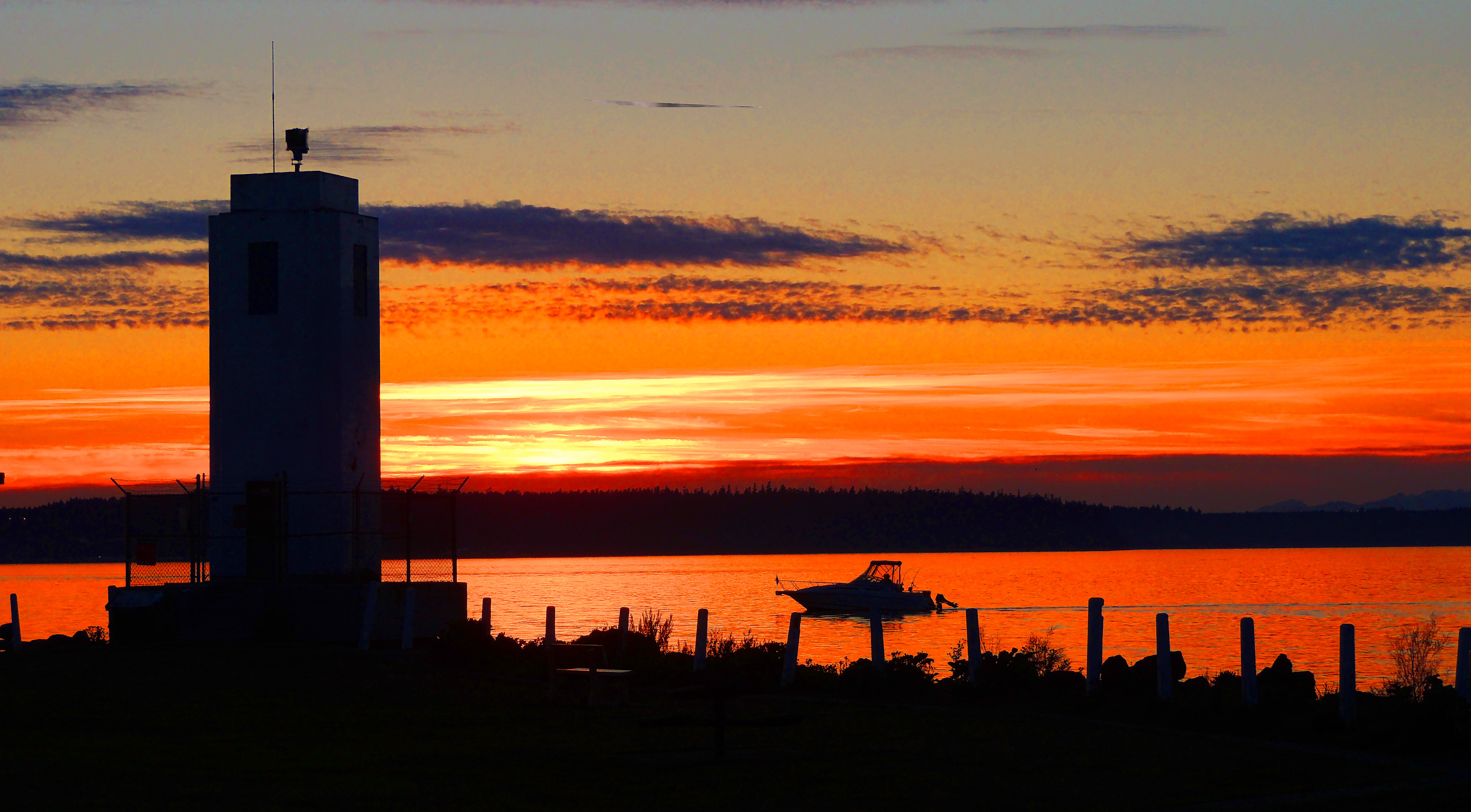 An aerial view of the lighthouse and park. 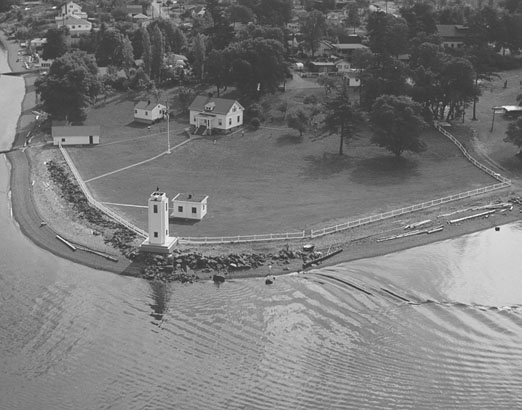 An offshore shot of the lighthouse and park. 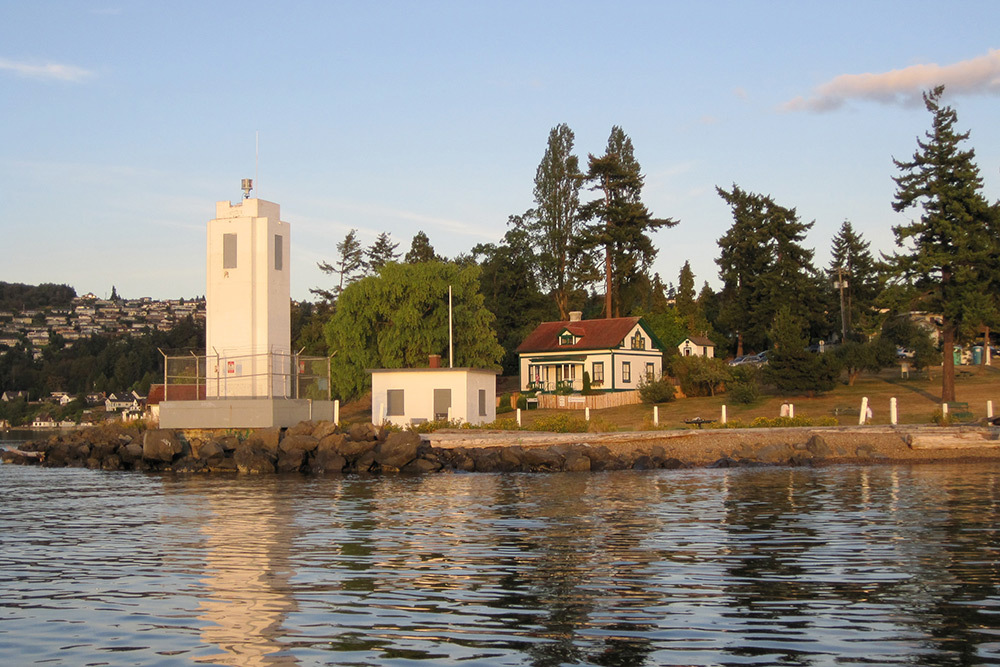 The first fixed white light lens lantern was placed at what was then called Harris Point in 1887 and stood twelve feet in height. The first lighthouse was built on the point in 1901 and was lit in 1903. The boathouse was added in 1905 and the oil house in 1907. The first keeper, Oscar Brown, who arrived in 1903, served in that capacity until 1939. He and his wife Annie tended the lighthouse and battery operated fog bell until the Coast Guard took control in 1939. Brown retired that same year.

The present concrete, art-deco lighthouse was built in 1933 with an enclosed lantern room and electric foghorn. Brown’s original fog bell was returned to the point in 2000 and is now on display in the keeper’s cottage. From 1964 until 2000 this cottage was rented out as a private residence until it was restored and furnished with period pieces. It is now available for weekly rentals with the caveat that the renters become temporary lighthouse keepers.  They are responsible for conducting tours of the park grounds and other light chores.

The keeper’s cottage now houses a small museum and there is a replica of keeper Brown’s surfboat and other historical maritime items in the boathouse.

Tours offered Saturday, May through October, 1-4 Park open 1/2 hour before sunrise to 1/2 hour after sunset.