Rose Lawn is a Victorian house museum telling the story of the nationally known evangelist Sam Jones and his family. This restored home contains a large collection of items owned by the Jones family. The three-and-a-half-acre property is the site of the Jones’s home, carriage house, one-room school, and smokehouse. It is in Cartersville’s historical district. 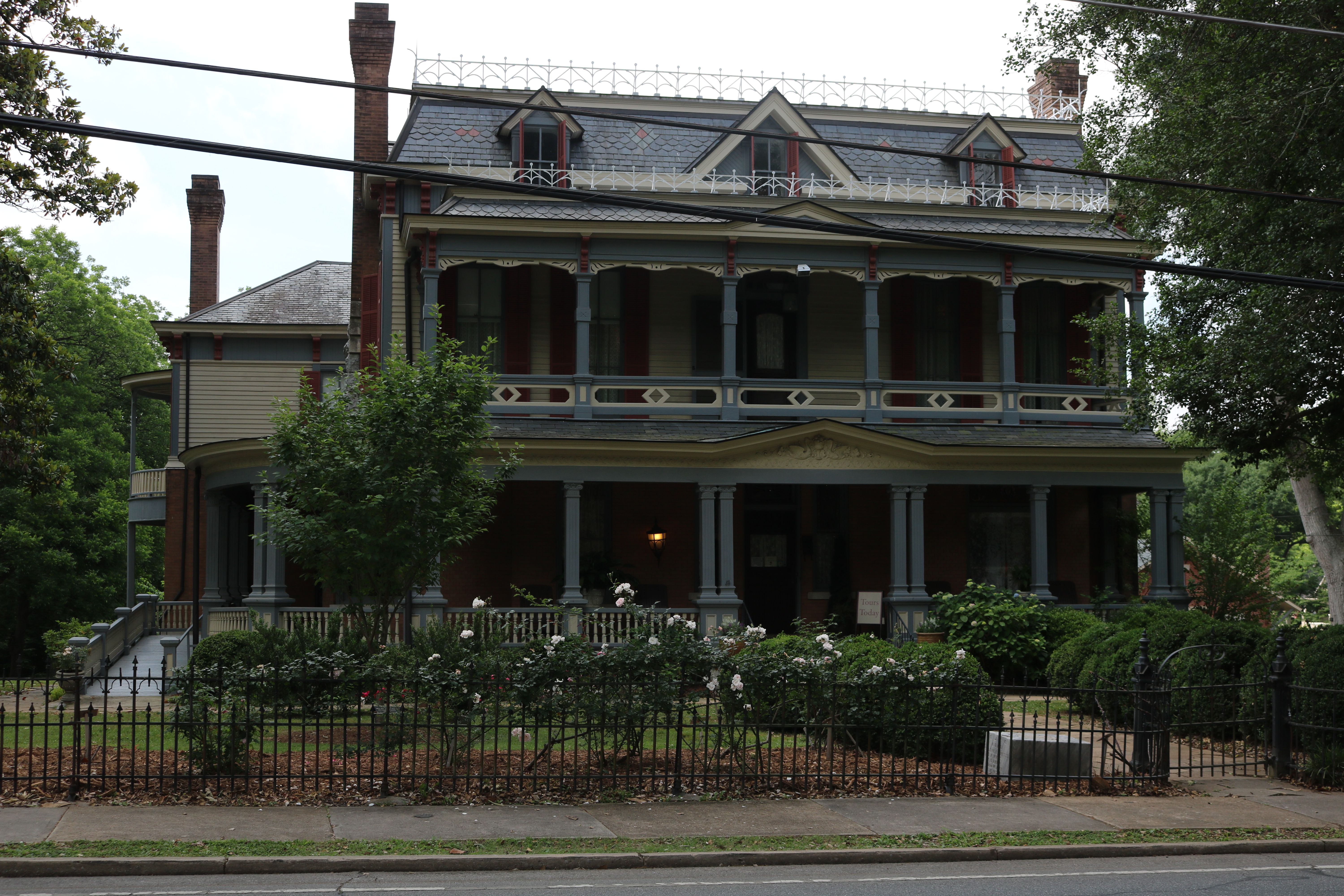 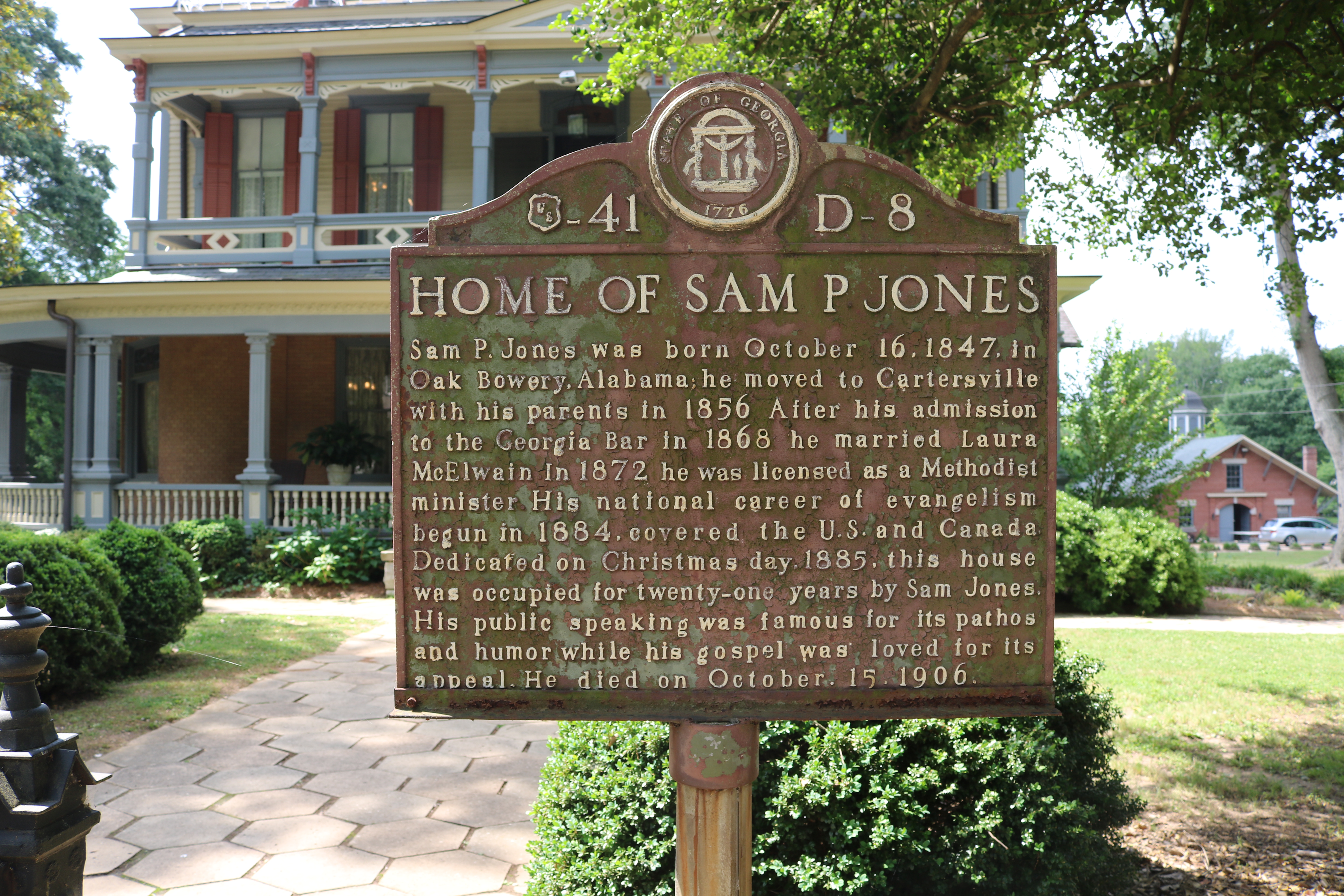 Drawing of the house as a one story structure 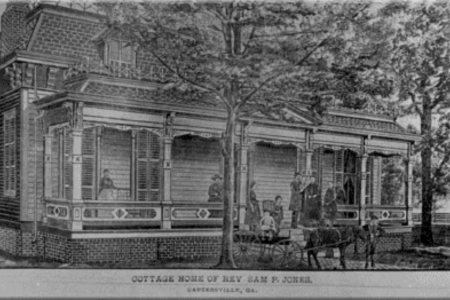 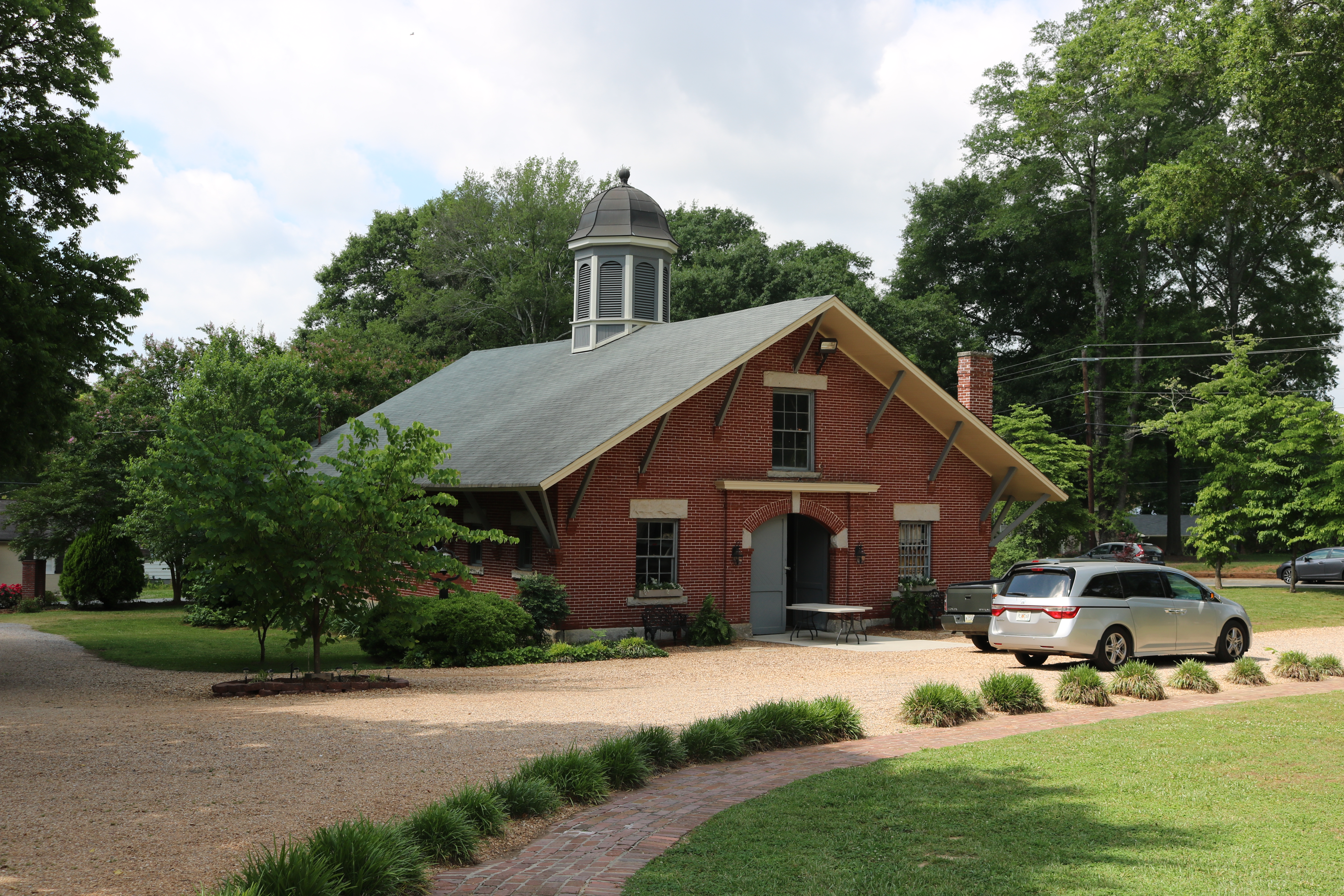 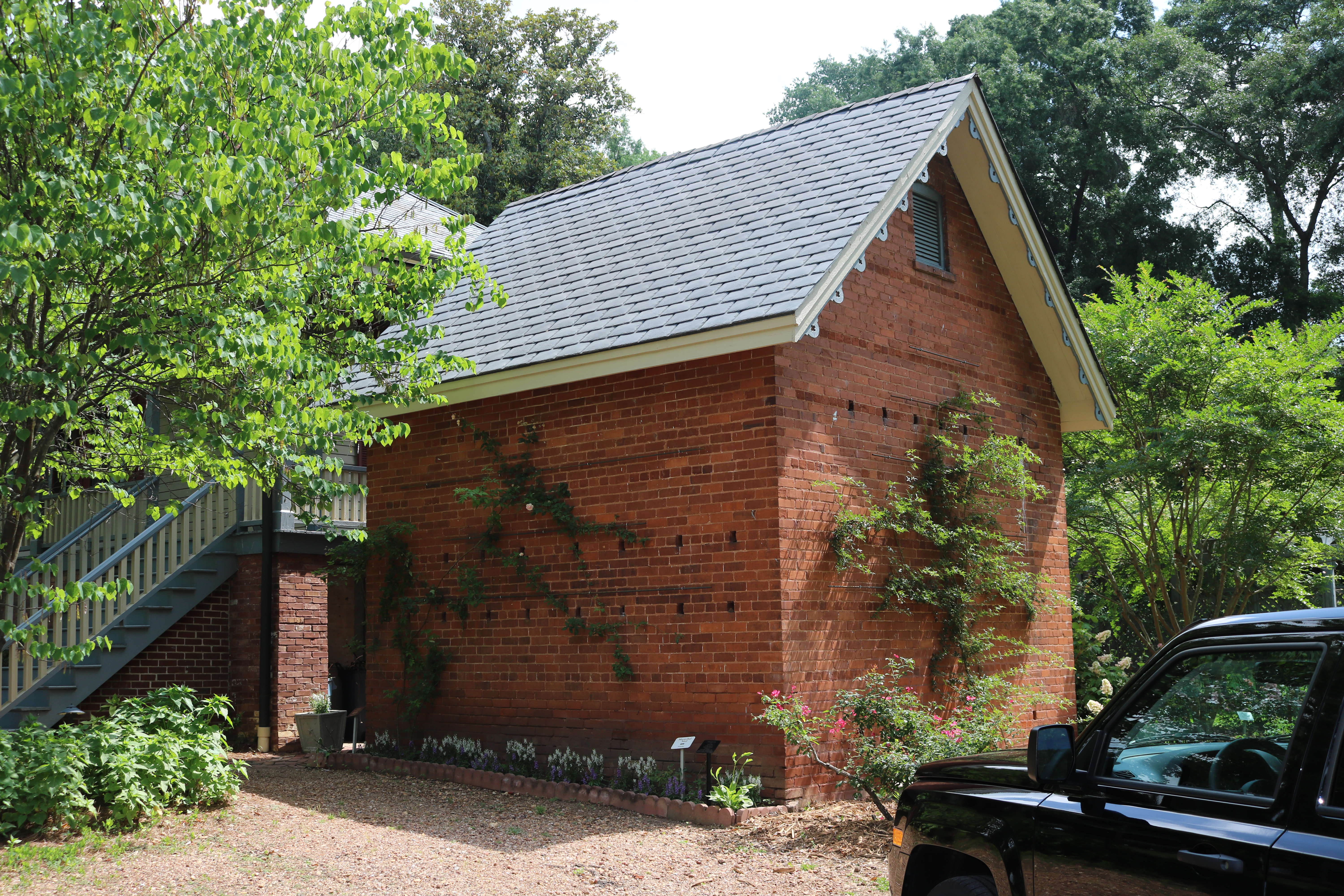 The one room school 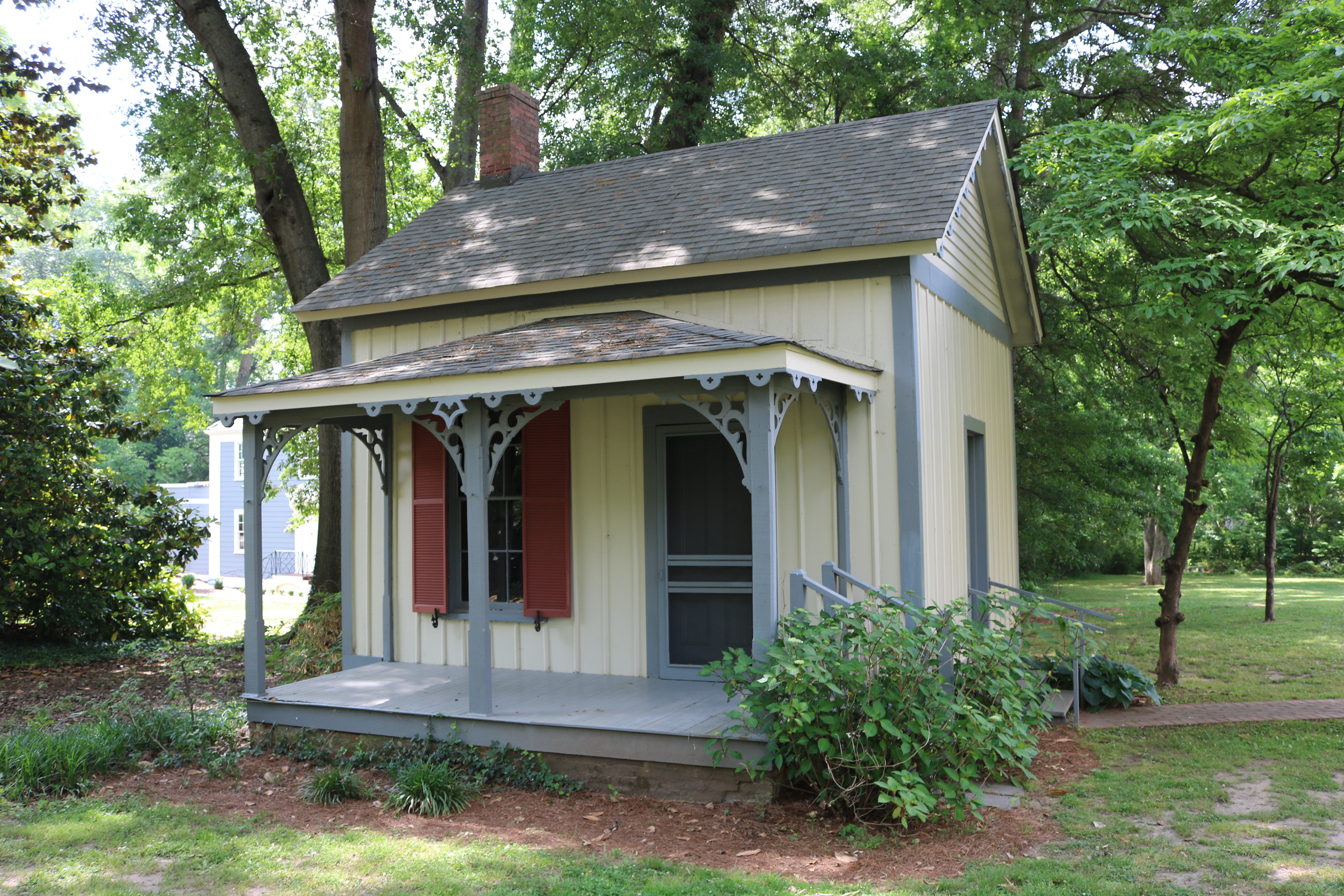 Rose Lawn was the home of the evangelist Sam Jones. In 1868, at the age of twenty-one, Jones passed the bar and married Laura McElwain. He developed a drinking problem after the loss of a child, which led to the demise of his law practice.  While his father was on his deathbed, Jones promised him he would quit drinking and meet him in heaven. Soon after coming to the church, Jones began preaching. Working as a circuit preacher he became well known locally. This notoriety led to him being asked to raise money for the United Methodist Children’s Home; because of this fundraising he became a nationally recognized figure.

The name Rose Lawn is derived from the 200 rose bushes that existed on the property. The house was built in the 1860s as a one-story structure. Around 1872, the attic was converted to bedrooms. After Jones purchased the property a two-story wing was added to the rear of the house. In 1895 the history of Rose Lawn took an unprecedented turn when the Jones family expanded it. Because Laura loved her home and did not want to lose it, the original structure was raised with hand jacks and mules so an additional story could be added underneath. This addition led to the eighteen-room mansion that exists today.

Laura Jones remained in the home until 1926, twenty years after the death of Sam. The property changed hands several times until 1968 when it was abandoned. It was neglected and damaged by vandals for five years until the county decided to buy it in 1973. A fundraising campaign was initiated to raise the $75,000 needed for the purchase. As a part of this campaign children could bring fifty cents to school to buy a novelty deed ‒making them the owner of one square inch of Rose Lawn.

In addition to the house, the property includes a carriage house, smokehouse and one room school that are all original from the time Sam Jones lived there. The gardens have been replanted to represent the original landscape. The museum now contains furnishings that are both from the period of and belonging to the Jones family. Rose Lawn is now available for weddings and other private events as well as several arts and crafts fairs every year.