Constructed in 1721, Fort King George was Great Britain's first attempt to mark its claim on land that was contested by the French and Spanish. Its purpose was, along with other forts in the region, to encourage settlement and thereby strengthen the British hold. The fort is now a state historic site, consisting of recreated structures including barracks, officers quarters, and a blockhouse. Life in the fort was very difficult and the soldiers suffered greatly from disease and constant threat of attack from Indians and French or Spanish. Well over 100 soldiers died from disease. The British abandoned the fort in 1729 (it burned down and 1726 and was hastily rebuilt). In 1736, General James Oglethorpe and force of Scottish soldiers and settlers returned to the site and founded the town of Darien. Oglethorpe also built Fort Frederica that same year.

A view of the blockhouse at the reconstructed Fort King George 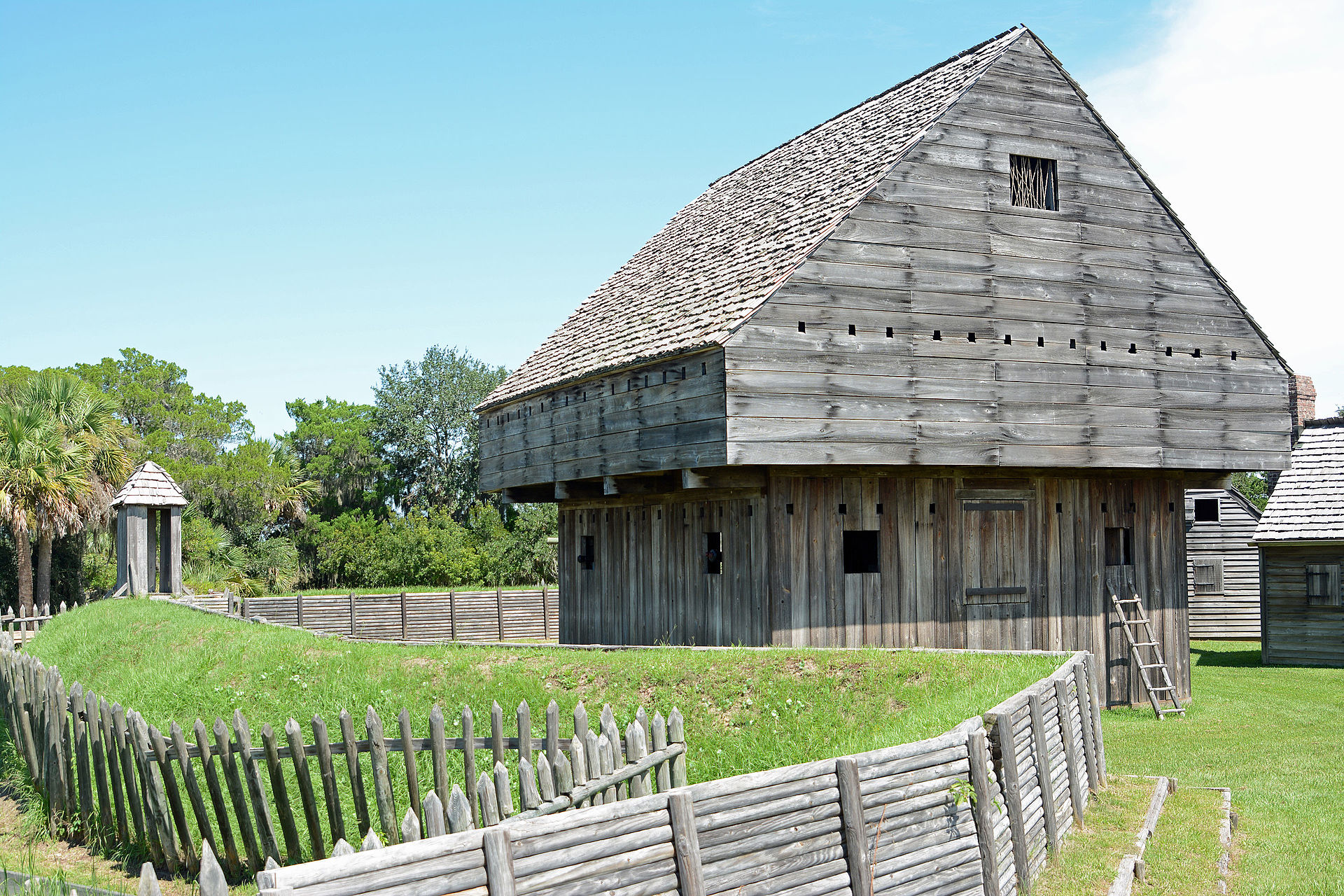 Located in Mclntosh county Georgia on St. Simons Island, Fort King George served as the outermost point on the British Empire in American until 1727. The fort was part of a defensive line intended to help the settlement near the colony’s southern boundary, from the Savannah River to the Altamaha Rover.

An astounding 140 troops were assigned to Fort King George and all died, mainly from camp diseases such as Malaria due to a lack of sanitation.

Under control of the state of Georgia, Fort King George is now known as a historic site and has been reconstructed. The structures open to the public include a blockhouse, the offers quarters, barracks, a guardhouse, brewing house, blacksmith shop, and palisades.