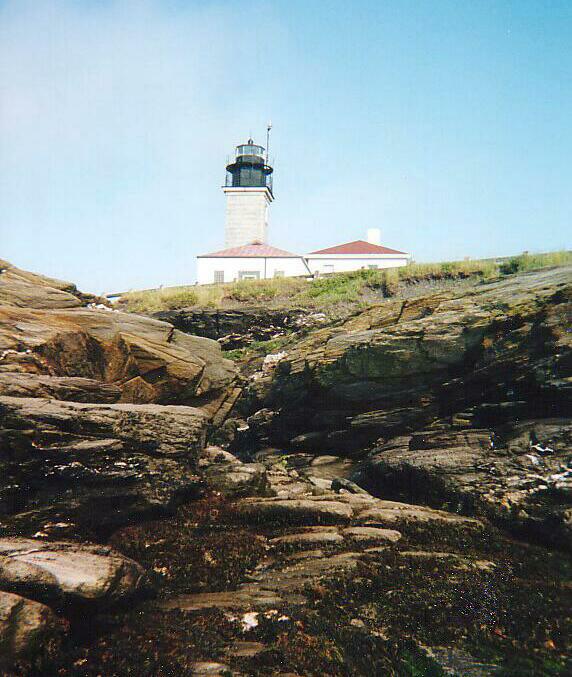 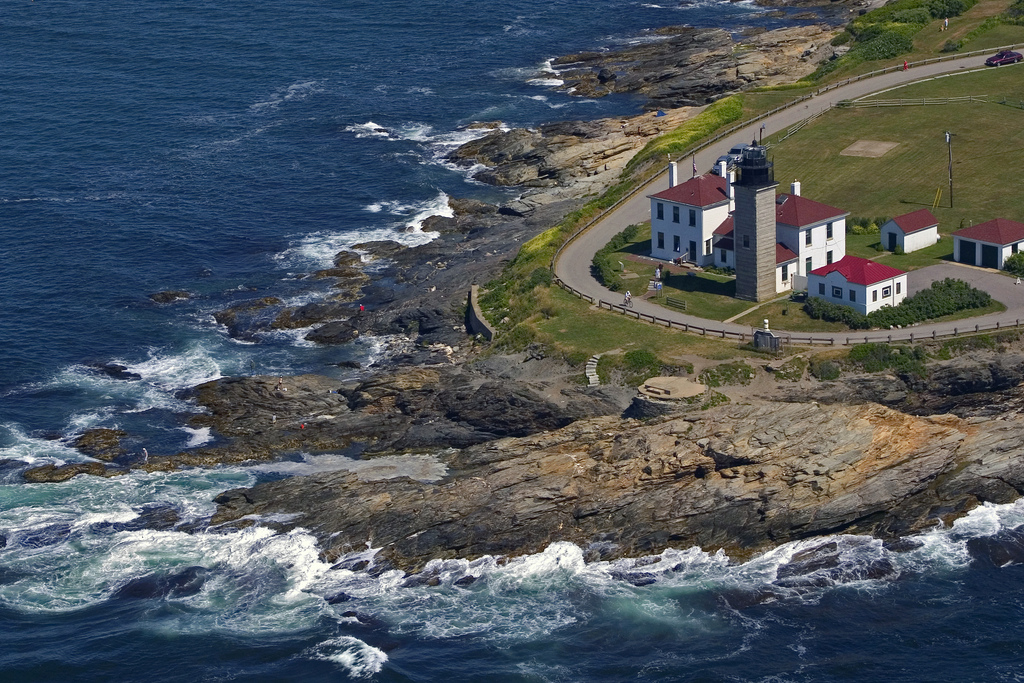 The southernmost part of Conanicut Island is known as Beavertail, for its shape on the map. This rocky, windswept point looks south to the open Atlantic Ocean and separates the East and West Passages of Narragansett Bay. Due to it’s location, Beavertail has hosted beacons and lighthouses since at least 1705. The current lighthouse was built in 1856. The lighthouse and its surrounding area is a part of the Rhode Island park system. It includes a lighthouse museum, panoramic views of the Narragansett Bay, and walking and biking paths.

Prior to the establishment of a lighthouse at Beavertail, local Native Americans would keep fires burning in order to warn sailors away from the dangerous, rocky coastline. The earliest records of the town of Jamestown making reference to construction of a beacon date to 1712, and mention a watch house in 1705. In 1749, a wooden tower was built, and became the third lighthouse established in the colonies, preceded only by those in Boston Harbor and Nantucket. A fire was lit at the top of the tower, which was common practice at the time. It burned down and was replaced by a stone tower four years later.

As British sailors retreated at the end of the American Revolutionary War in 1779, they left a trail of destruction behind them. This included burning the lighthouse, which left Beavertail dark for the rest of the war.

In 1856, the tower was again replaced with what is now the current tower, made of granite. In 1898, quarters for an assistant keeper were added to the keeper's house. During the 1938 hurricane, the whistle house was destroyed, revealing the original base for the 1749 structure, which has since been reconstructed as a viewpoint.

In 1939, the US Coast Guard took command of all lighthouses and navigational aids, and in 1989 Beavertail light was automated.

In 1989, following a joint effort by the US Coast Guard, Rhode Island Parks Management, the Rhode Island Department of Environmental Management, and the town of Jamestown, the building was restored and reopened to the public.