A picture of the old Beauregard Parish Jail 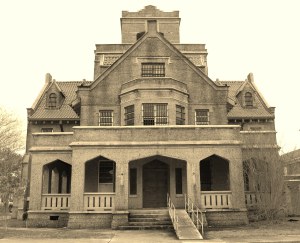 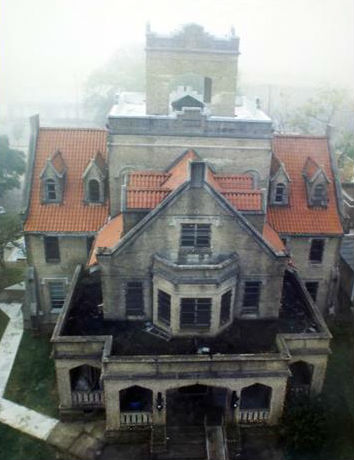 A close up of the "ghostly" image 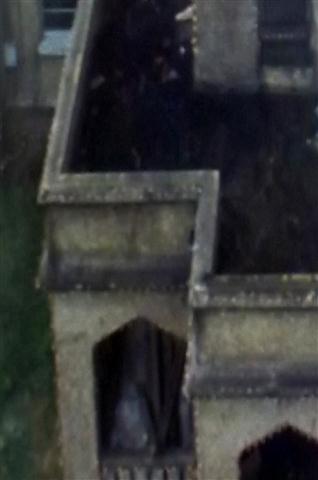 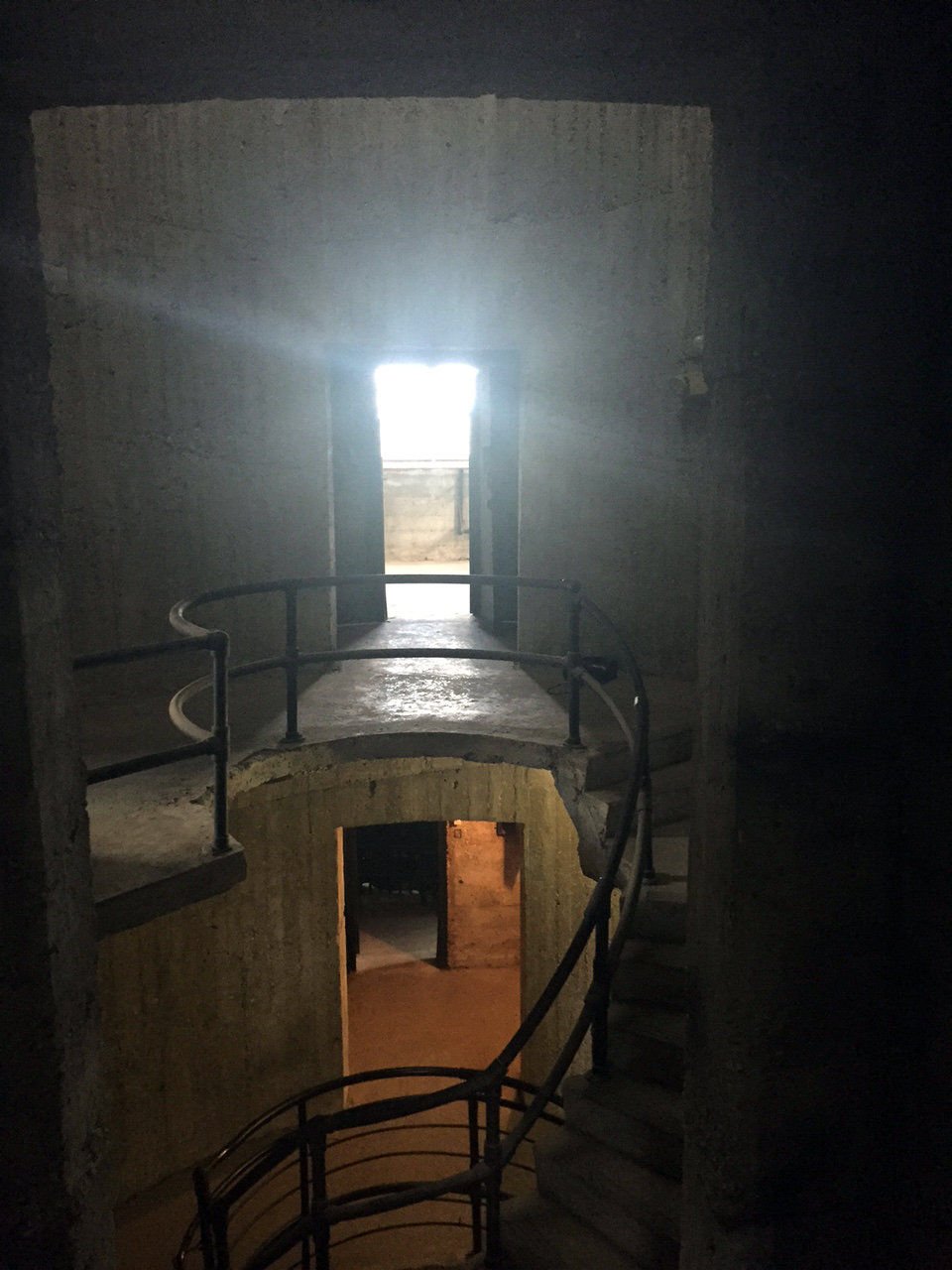 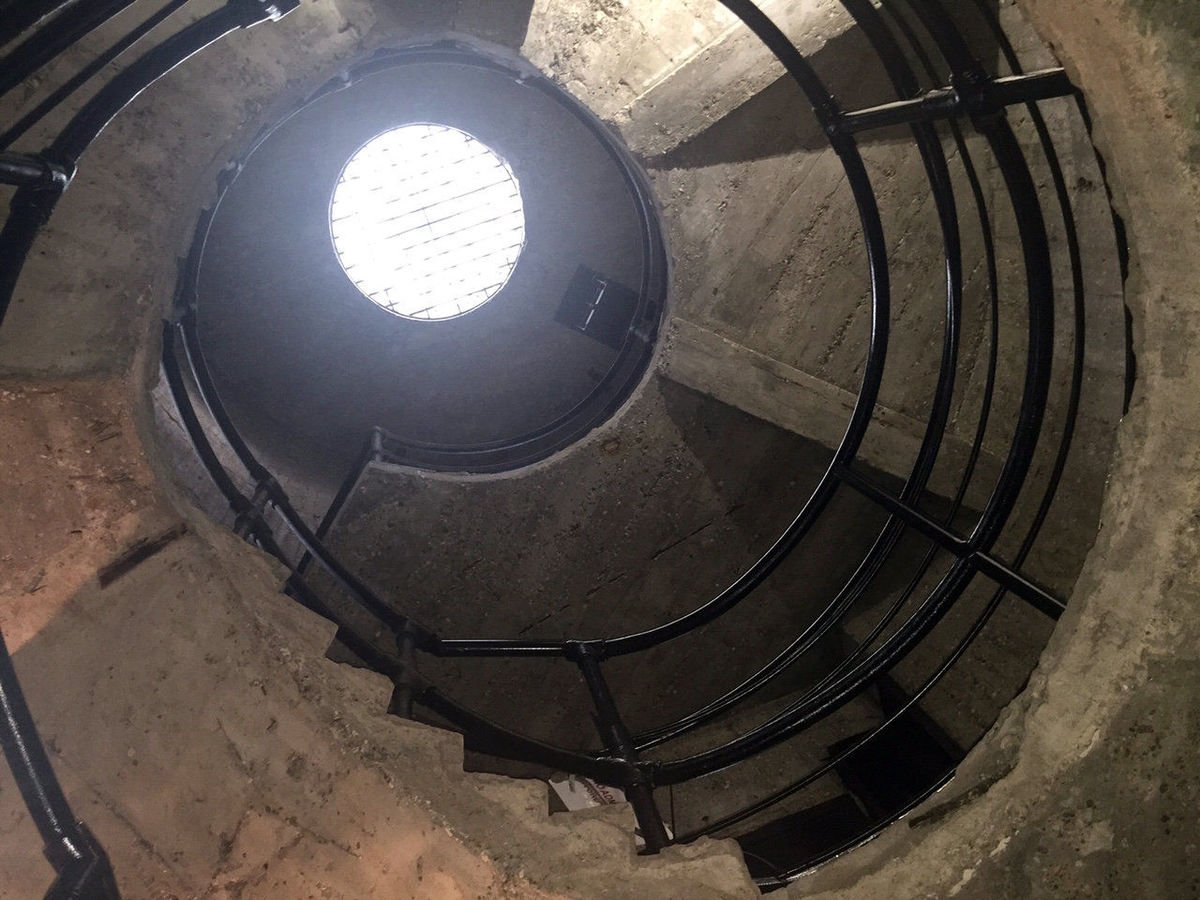 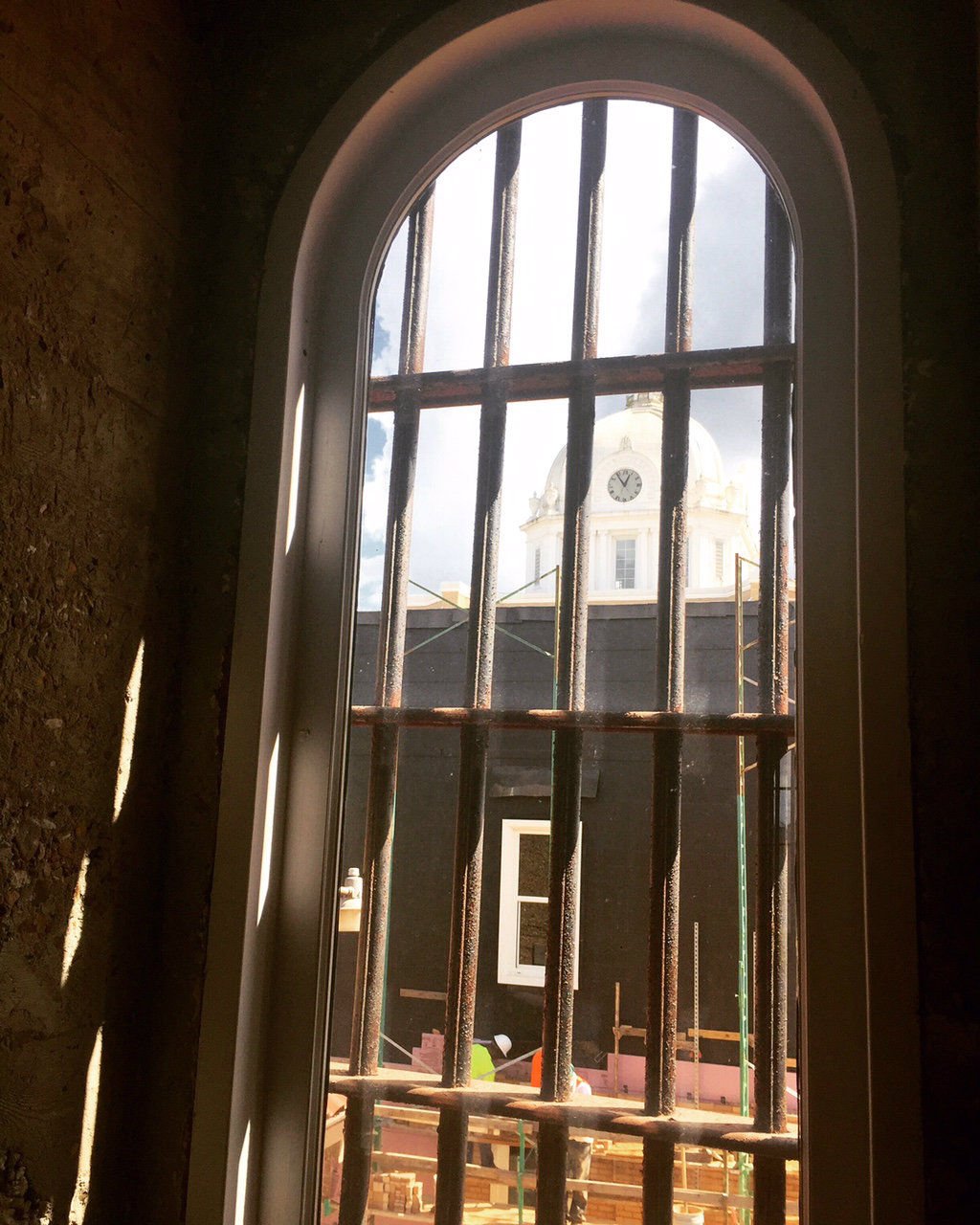 The cover of the Lake Charles American Press when Genna and Brasseaux were hanged. 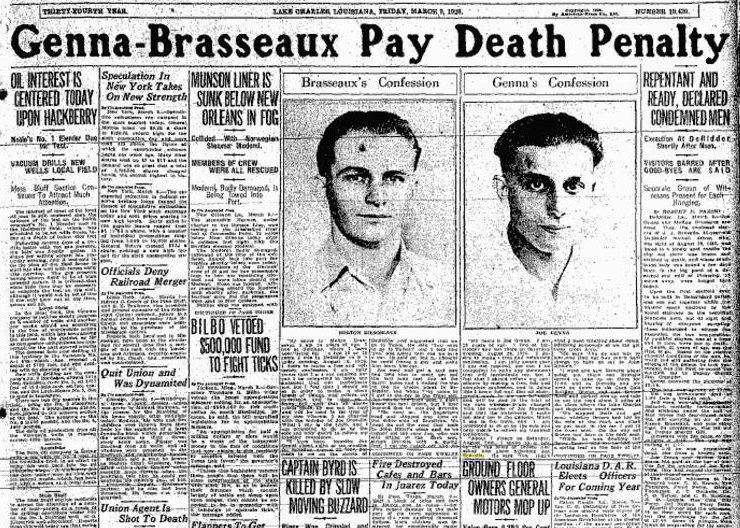 The old jail being built. (City of DeRidder) 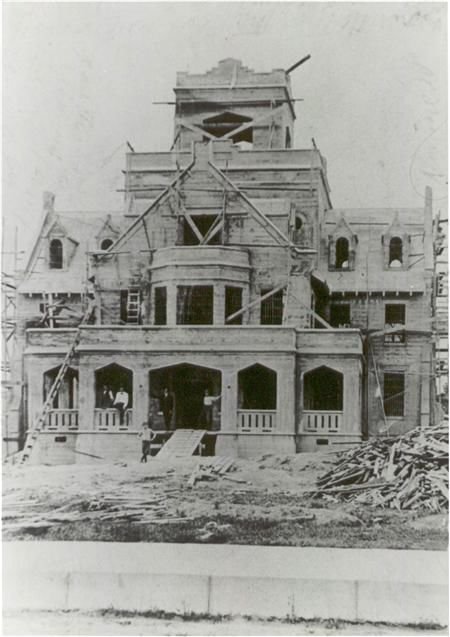 The Hudson River Lumber Company donated a tract of land to the City of DeRidder for a courthouse and jail. The newly-formed Beauregard Parish Police Jury, carved out of the old Imperial Calcasieu Parish, purchased the property and a building from the church. Stevens-Nelson, of New Orleans, designed the courthouse and jail. Falls City Construction Company was awarded the contract in September 1913. Both buildings were completed in 1915 at a cost of $168,000.

"J. J. Brevelle was a taxi driver who was murdered by his 'fares' while taking them to a rural destination. Brevelle is buried in Woodlawn Cemetery. The two men who were found guilty of his murder were hanged in the old parish jail on March 9, 1928. Deputy Sheriff Gill was the hangman. Joe Genna, age 25, was pronounced dead at 1:06 PM and Molton Brasseaux at 1:29 PM. Neither man was buried in Beauregard Parish."

The structure not only made history because of its unique design but also because there was a toilet, shower, lavatory and window in each cell. A large spiral staircase gave access to each cell. Architectural historian Johnathan Fricker stated, "The old jail is unique in structure, it has the possible distinction of being the only penal institution in the country using 'Collegiate Gothic' design in the first decade of the 20th century."

The jail could "house" over 50 prisoners. There was a jailers' quarters on the bottom floor as well as a kitchen. There is a tunnel leading from the courthouse to the jail that was used to transport prisoners for trial. It was partially filled in as part of a courthouse renovation project in 2016-2017.

It is believed that the spirit of the old jailer haunts the building. Former police and inmates have witnessed figures throughout the building. Witnesses have heard footsteps, and running water. There are reports of smelling pipe smoke.