The Paramount, originally named the Seattle Theatre, opened its doors in 1928, just prior to the onset of the Great Depression. The 3,000 seat theatre was built by Seattle businessman, L. N. Rosenbaum with the assistance of Paramount Pictures which built large movie theaters in most major American cities. The Paramount has been through many ups and downs over the years, but has managed to avoid the wrecking ball and still hosts a variety of shows, from rock concerts to children’s shows. It was added to the National Register of Historic Places in 1974. 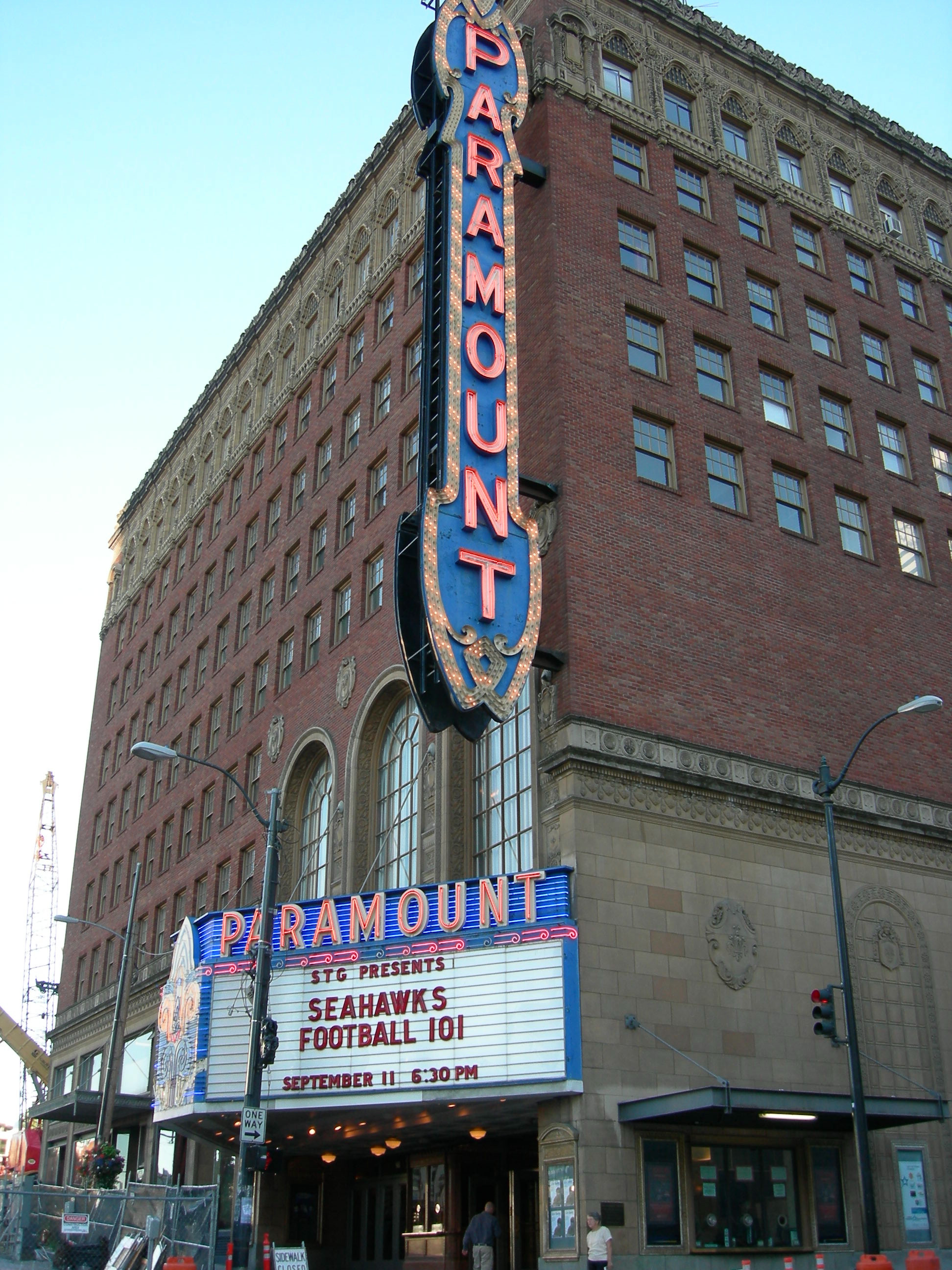 Looking out from the stage at the Paramount. 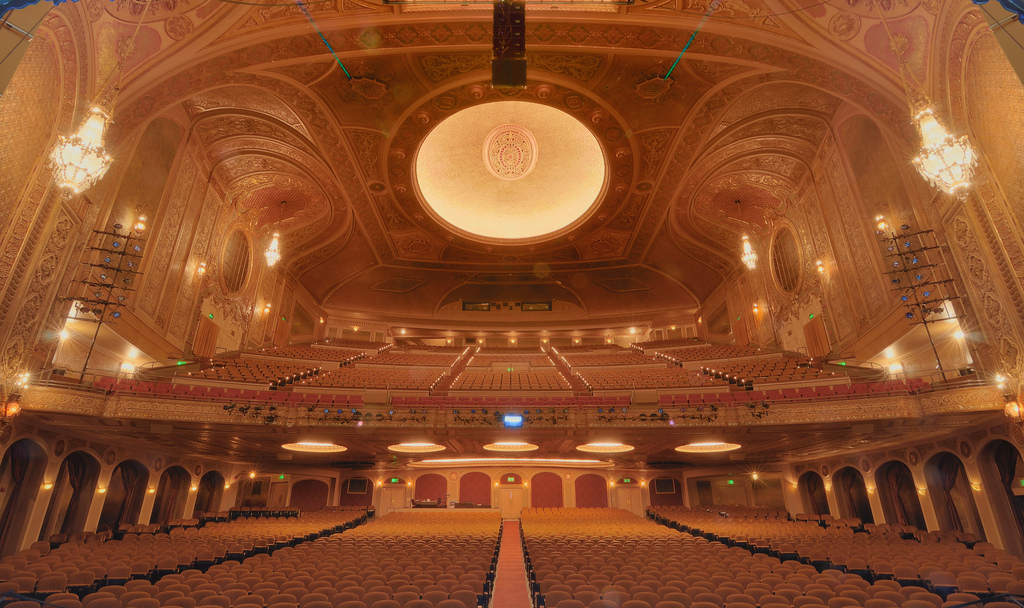 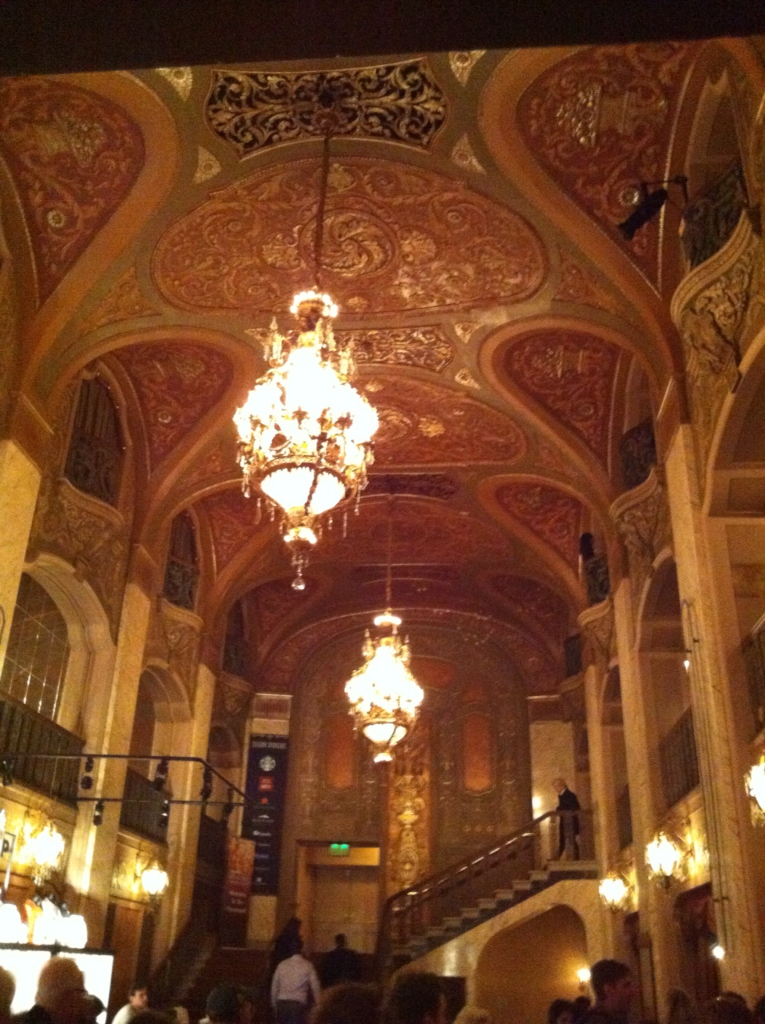 Cover of Nirvana's live album recorded at the Paramount. 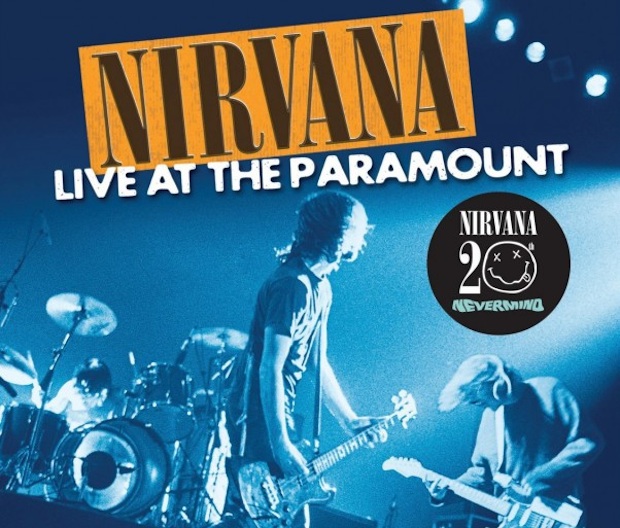 Famous theater architectural brothers, Cornelius and George Rapp designed the Paramount and created something lavish indeed.  Located blocks away from Seattle’s traditional theater district along 2nd Avenue, the Rapps drew patrons to their venue with grandeur, opulence and size.  The Seattle Times described its opening thusly, “Every Washingtonian will be proud of its stately magnificence, its gorgeous decorations, its spacious foyers, its wide aisles, its commodious seats, its symphony of lights.”

The Paramount has been shuttered and reopened and sold and resold numerous times.  Its playbill was severely reduced during the 1930s and 1,600 seats were removed in the 1950s to accommodate a larger screen.  It was closed for long periods of times during the 1960s, but somehow managed to limp along.  When it reopened, yet again, in 1971 it was rechristened the Paramount Northwest and suffered through further neglect despite, or maybe due to, becoming a live music venue.  It was saved from demolition in 1992 due to the efforts of Microsoft executive Ida Cole.  It went through a $37 million renovation and reopened in 1995.

The Paramount’s staid exterior belies its beautiful interior.  Designed in a French Renaissance style it boasts a four-tiered lobby, beaded chandeliers, ornate tapestries, and numerous decorative details.  Legends such as Pink Floyd, Bob Marley, the Grateful Dead and, of course, Nirvana have graced its stage and it continues to host legendary performers, from stand-up comedians to Broadway actors.  Please visit their website for show details.

Open on show dates, please see website for details. Open for tours the first Saturday of every month.