The Renton History Museum operates under the phrase, “Capture the past, educate the present and inspire the future.” Under this motto, the museum strives to document the unique development of the city of Renton and the surrounding area. The repository of over 90,000 artifacts and 15,000 photographs, the museum’s holdings include, but are not limited to books, household items, business records, and coal mining and firefighting equipment. The museum displays both permanent and rotating exhibits and is open Tuesday through Saturday from 10-4. 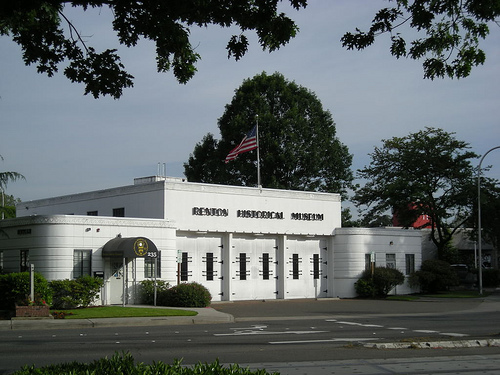 Interior shot of the museum with a refurbished coal car in the foreground. 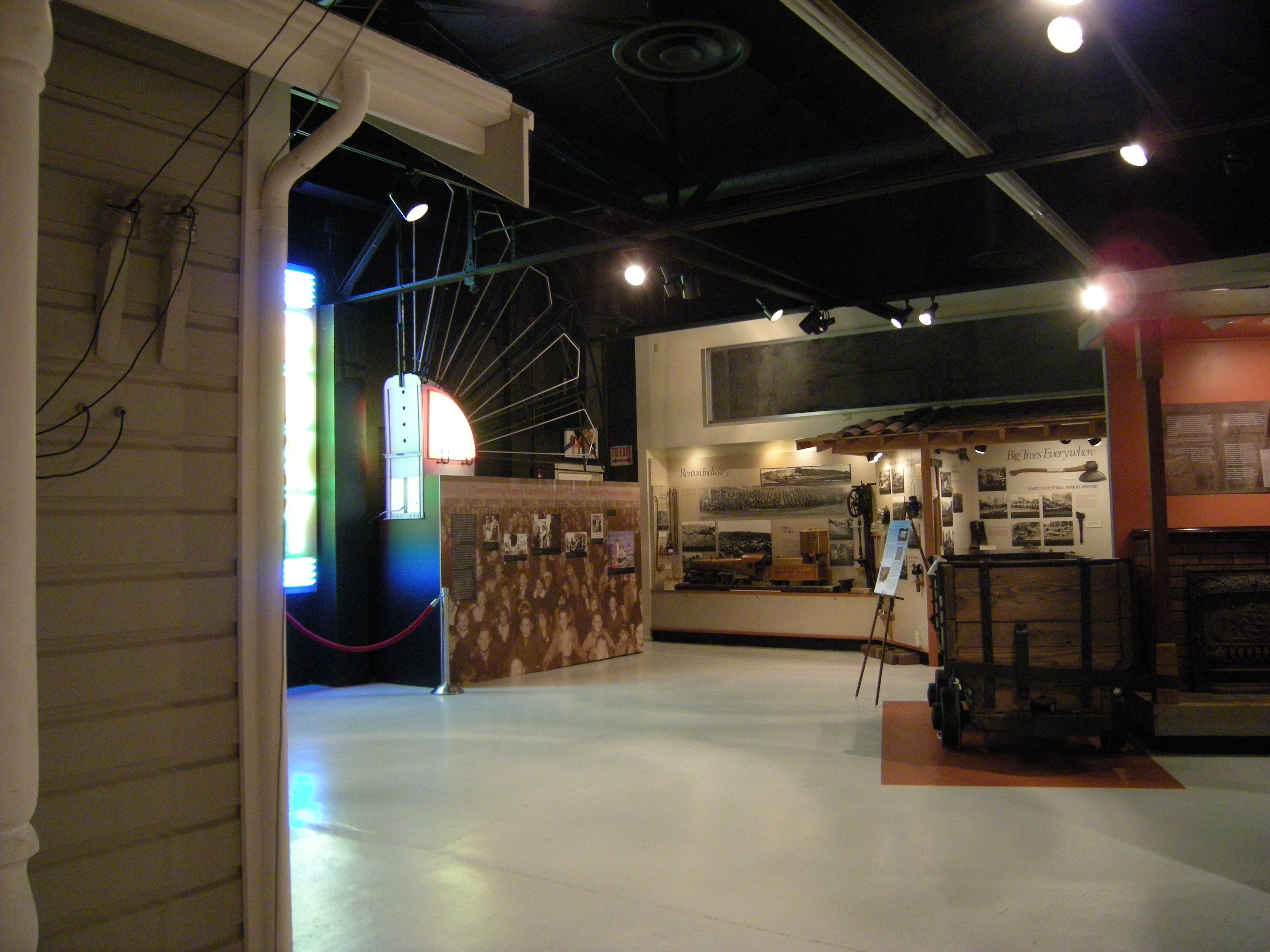 Another interior shot of the museum. 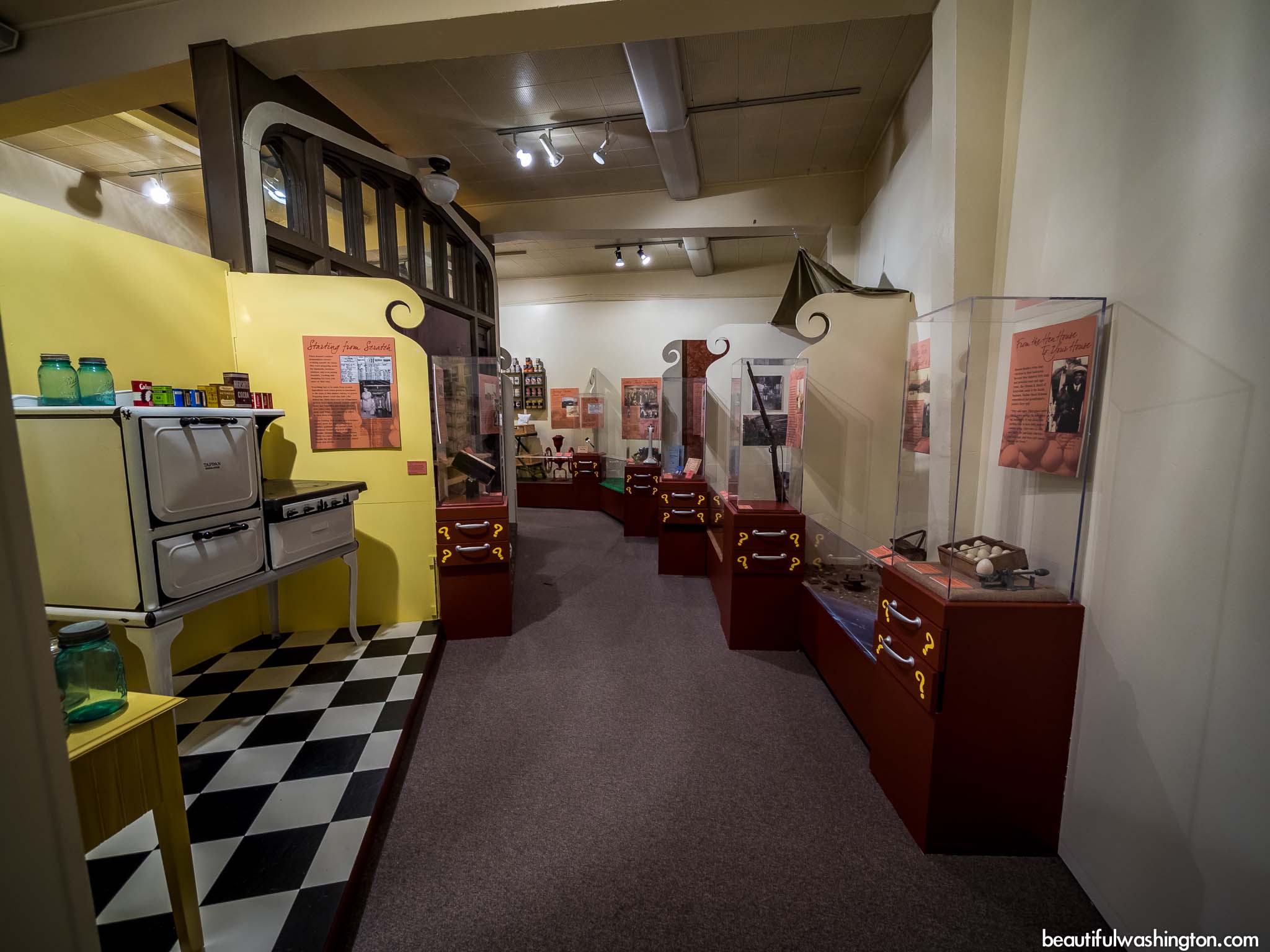 Behind the museum with a small garden, logging rail car and statue of Chief Seattle.. 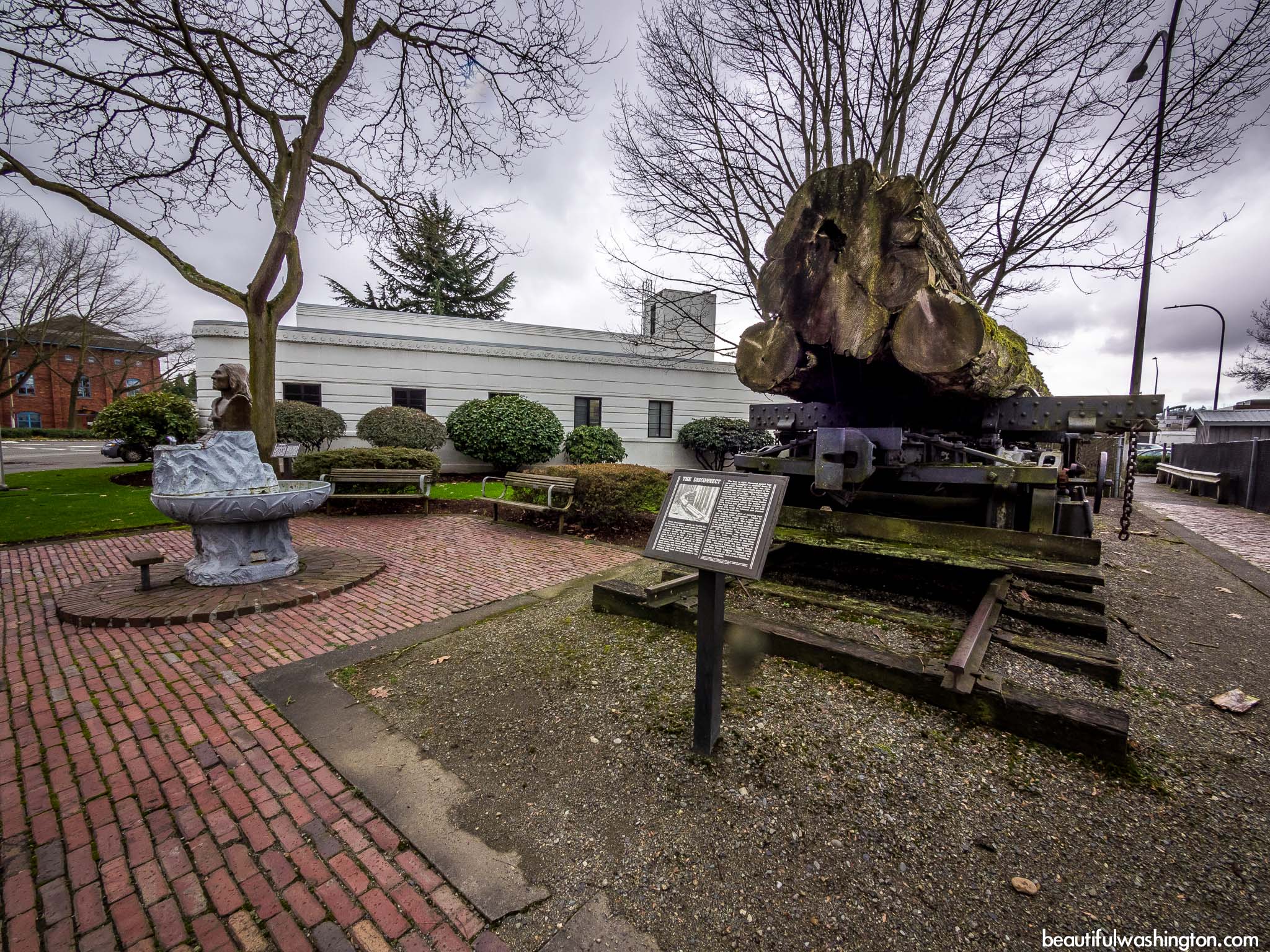 The museum occupies a former Art-Deco fire station that was built in 1942 and is the last remaining structure in the area built under the Depression-era Works Progress Administration.  It was founded and is still operated under a joint venture between the city of Renton and the Renton Historical Society and contains a small research library for those interested in further exploration of the history of the city.

Among its permanent exhibits are “Early Industry” which tells the personal story of a group of coal miners who came to Renton in search of better lives, and another that documents the development of Denny-Renton Clay and Coal and the Pacific Car and Foundry.  Rotating exhibits have included the “Twilight Zone Art Show” and “Sustaining a City” which examines Renton’s eclectic growing, cooking and eating traditions, from Duwamish fishing to German bakeries, and how these diverse foods and eating customs have helped create a cohesive community.  Yet another rotating exhibit that was put together by some local graduate students is “Birth, Life and Death,” which honors Renton’s beloved medical professionals, both past and present, and features photos, vintage medical equipment and clothing and a recreated room from the Bronson Memorial Hospital. Please visit their website for info regarding current exhibits.