Built in 1896, the Clinch County Courthouse is the third county government building in Homerville. After the county was formed in 1850, the first courthouse was built two years later. It burned down in 1856. The second one, built in 1859, was also destroyed by a fire in 1867. A team from the Works Progress Administration—one of the New Deal programs initiated by Franklin Delano Roosevelt—renovated the courthouse and built an addition in 1936. The building still serves as the County's seat of government. It was listed on the National Register of Historic Places in 1980. 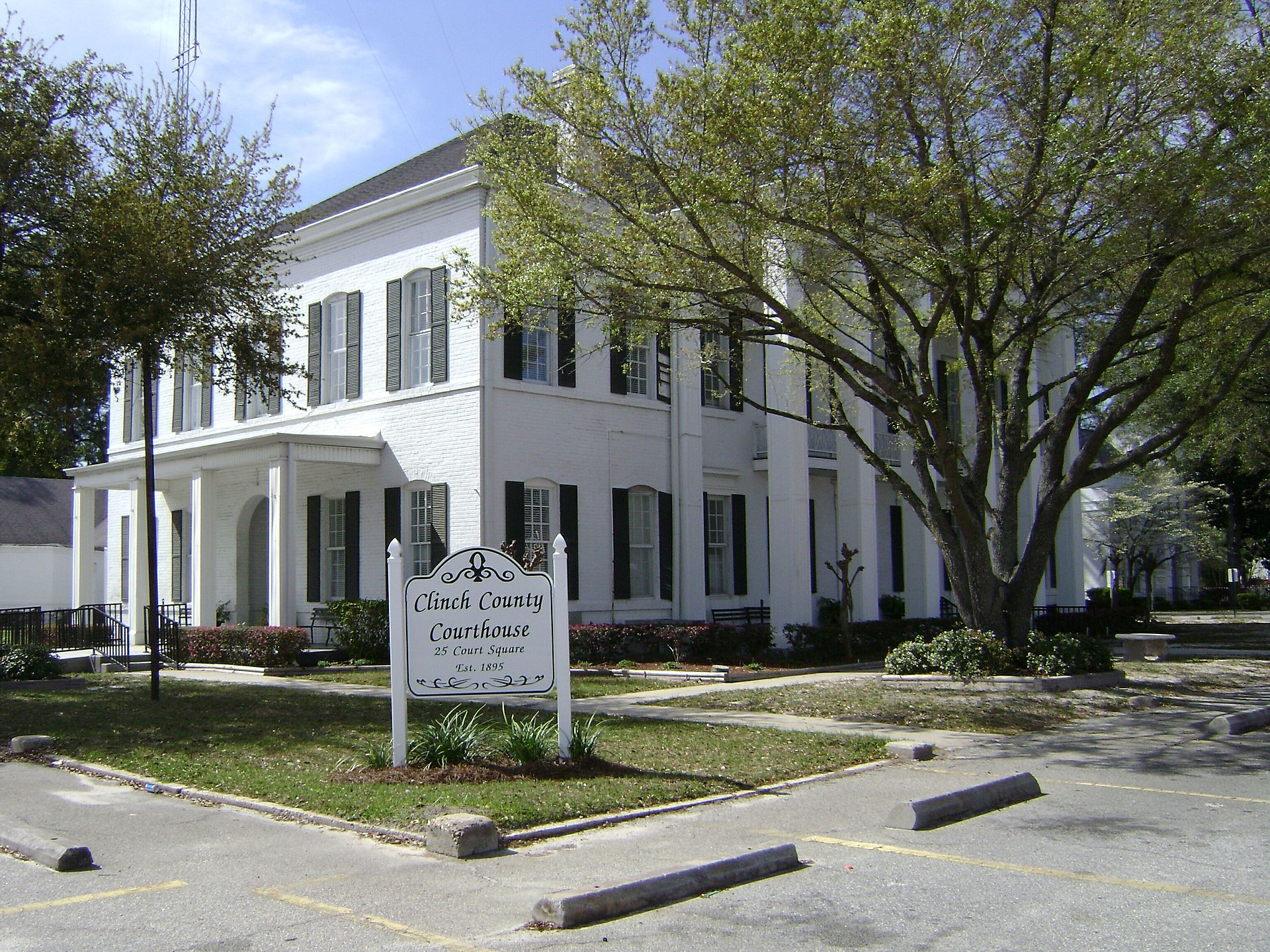