A covered bridge known as the Coalsmouth Covered Bridge or the St. Albans Covered Bridge was built across Coal River in 1831 by Stephen Teays and Philip Thompson. This two lane toll-bridge was 180 feet long. It was burnt by retreating Confederates in 1861 after the Battle of Scary Creek.

Department of Highways historical marker for the bridge 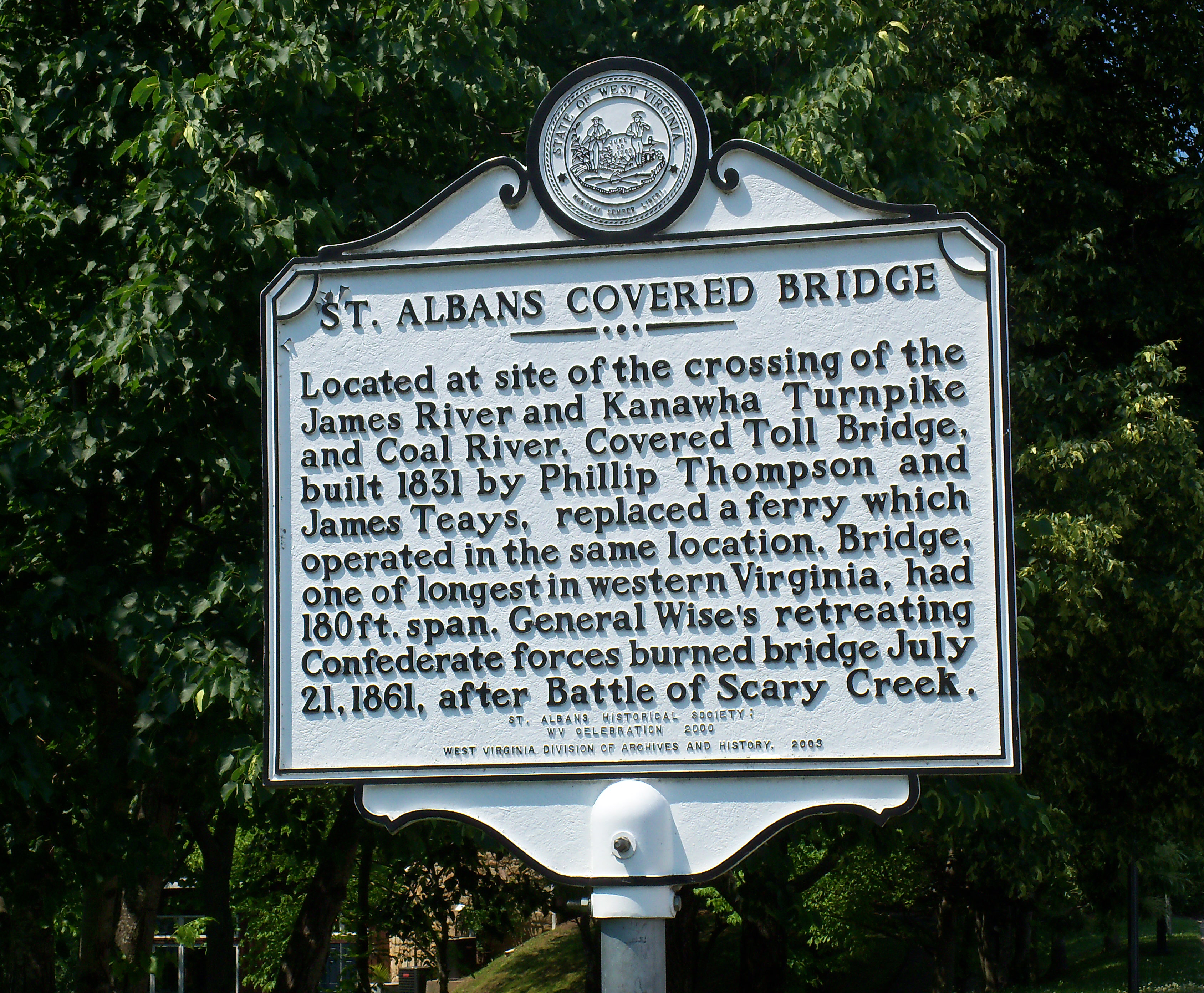 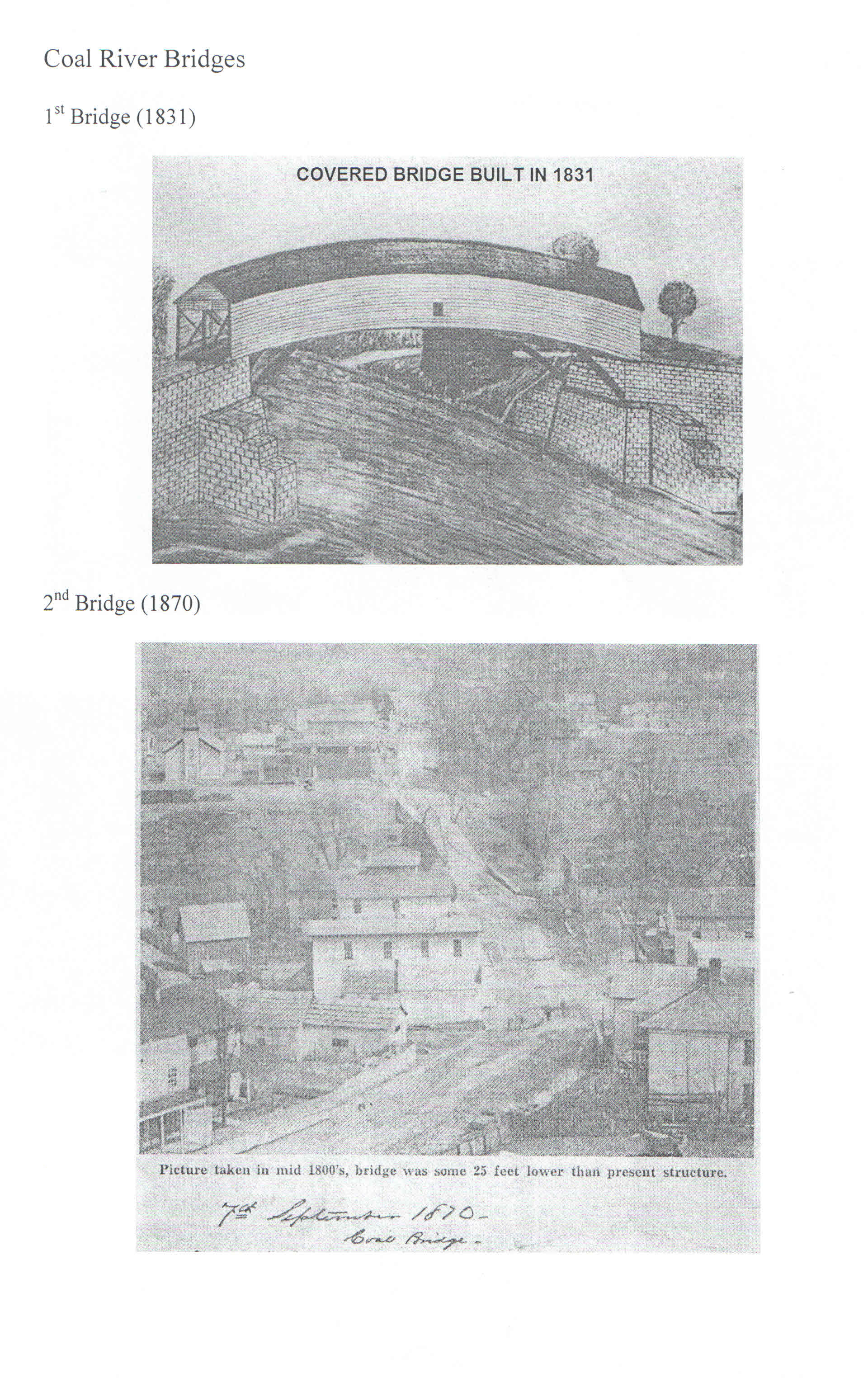 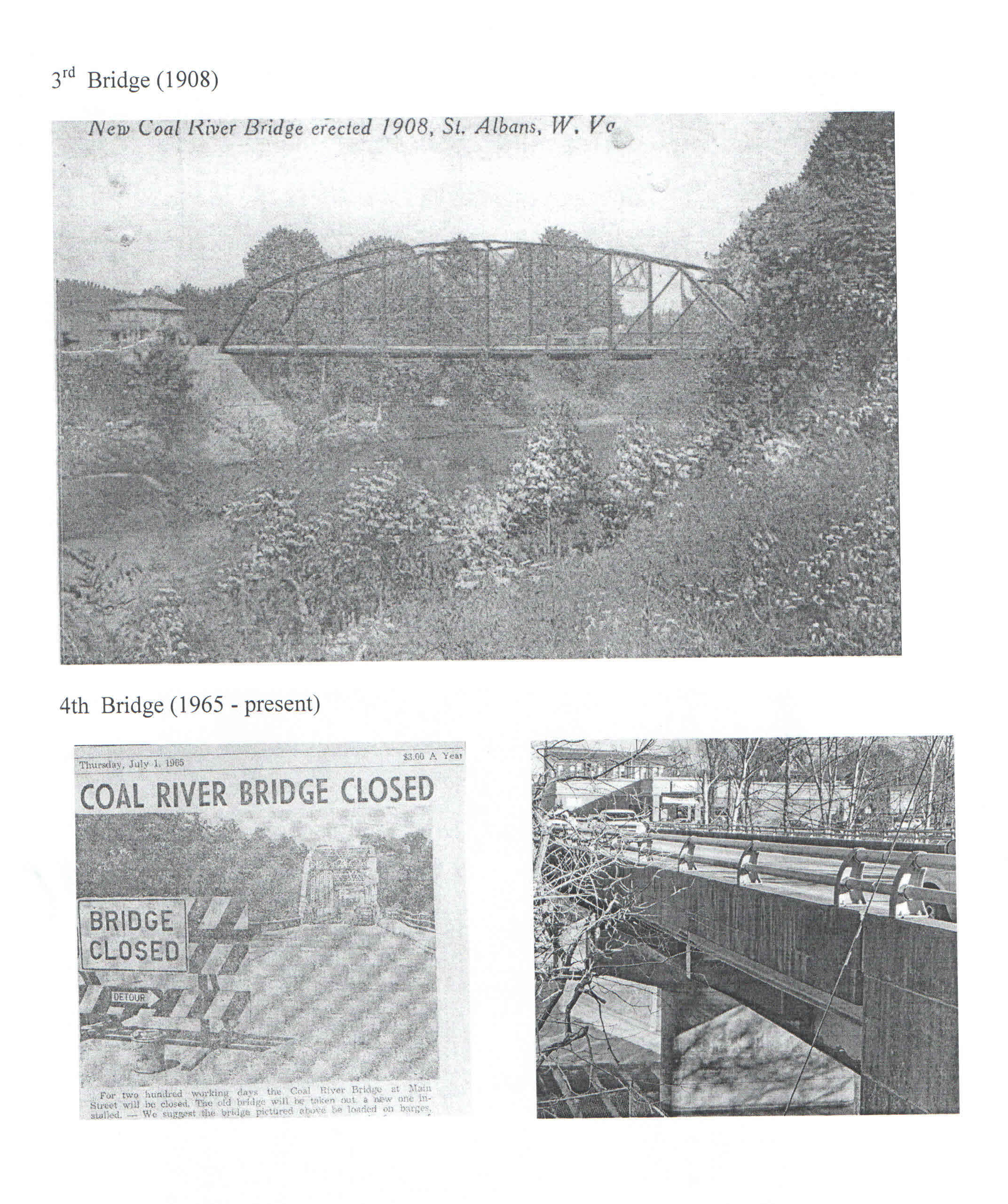 Close-up of Covered Bridge (sketch) and its 2 lanes 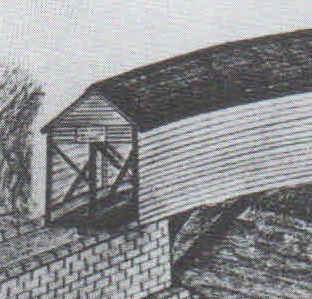 A 2-lane Covered Bridge was built across Coal River in 1831 along the James River and Kanawha Turnpike by Stephen Teays and Philip Thompson and burnt by retreating Confederates in 1861 after the Battle of Scary Creek. It was a two-lane toll bridge that was 180 feet long. Travelers paid Teays a toll when traveling east and Thompson a toll when traveling west. There was even a toll for pigs. Many pigs drives went though Coalsmouth (St. Albans) at that time on their way to Cincinnati, Ohio.

When the Union forces routed the Confederates out of Coalsmouth after the nearby Battle of Scary Creek, they also sank several coal barges there. Since it was in July and the river was low, the Union troops just forded the river and kept up their pursuit all the way to Charleston and out of the Kanawha Valley. The description of the bridge was made into a sketch. It shows an arch, which most likely added strength. It also shows a small window in the middle of the bridge, both for light and for a view of the river.

A steel bow arch bridge was built on this site in 1870 to replace the burnt covered bridge. Then, a 3rd bridge was built in 1908. It was a steel Pratt Truss bridge. In 1965, the 4th, and the present, steel stringer bridge was constructed across Coal River, also at the same site as the other three bridges. The foundation stones for the 1831 covered bridge can still be seen under the present bridge at the edge of the water.

A nearby Department of Highways marker reads:

"Located at the site of the crossing of the James River and Kanawha Turnpike and Coal River, Covered Toll bridge built by Philip Thompson and James Teays. It replaced a ferry which operated at the same location. Bridge was one of the longest in western Virginia and had a 180 ft. span. General Wise's retreating Confederate forces burned the bridge July 21, 1861, after Battle of Scary Creek." 1