The Bellingrath Gardens and Home in Theodore, Alabama, is one of the southeast's finest estates. Listed on the National Register of Historic Places in 1982, it was built by Walter and Bessie Bellingrath and designed by architect George B. Rogers, who had extensive training in Europe. Walter made his fortune as president of one of the first Coca-Cola bottling plants in the southeast. He and Bessie bought the property in 1917 and used it as a fishing camp. Upon seeing gardens on a trip to Europe, they decided to build their own. Development began in 1927 and they opened it to the public in 1932. They built a mansion, also designed by Rogers, in 1935. The property contains numerous gardens along with various water features and trails. It is known for the hundreds of thousands of azaleas that bloom in the Spring. 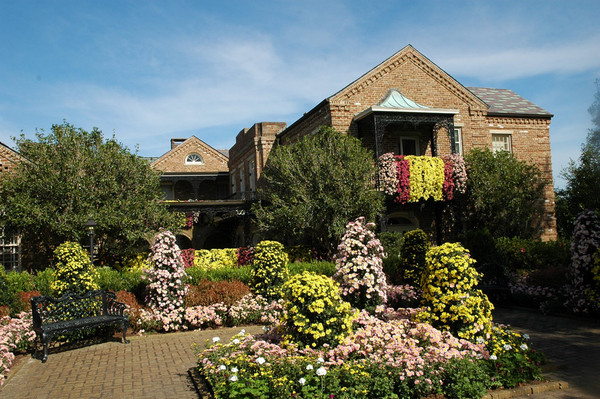 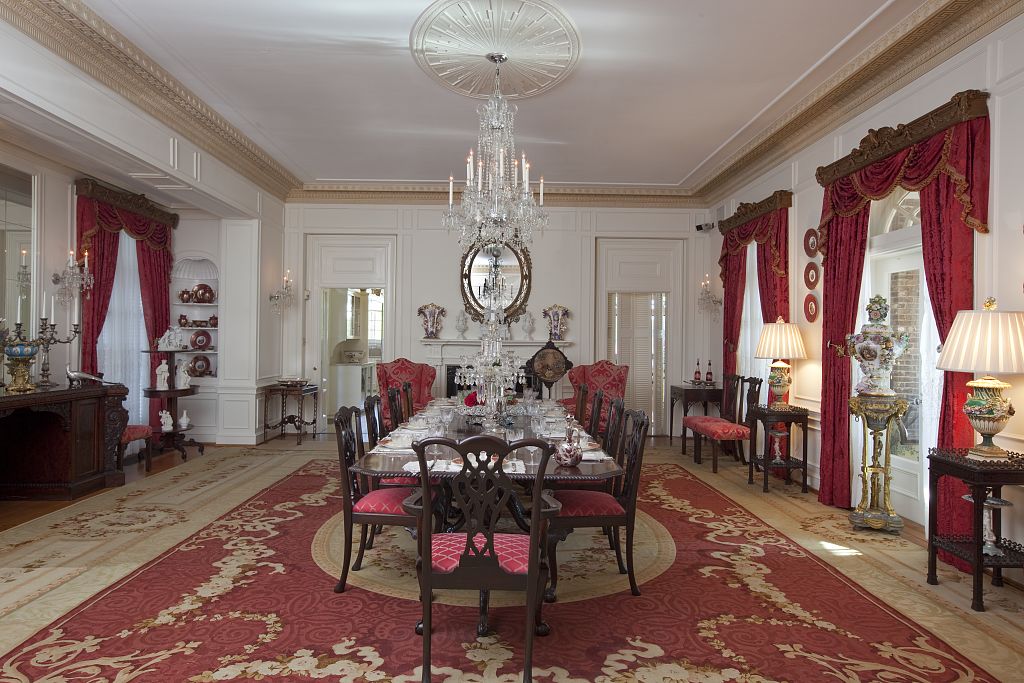 Entrance to the Asian-American garden 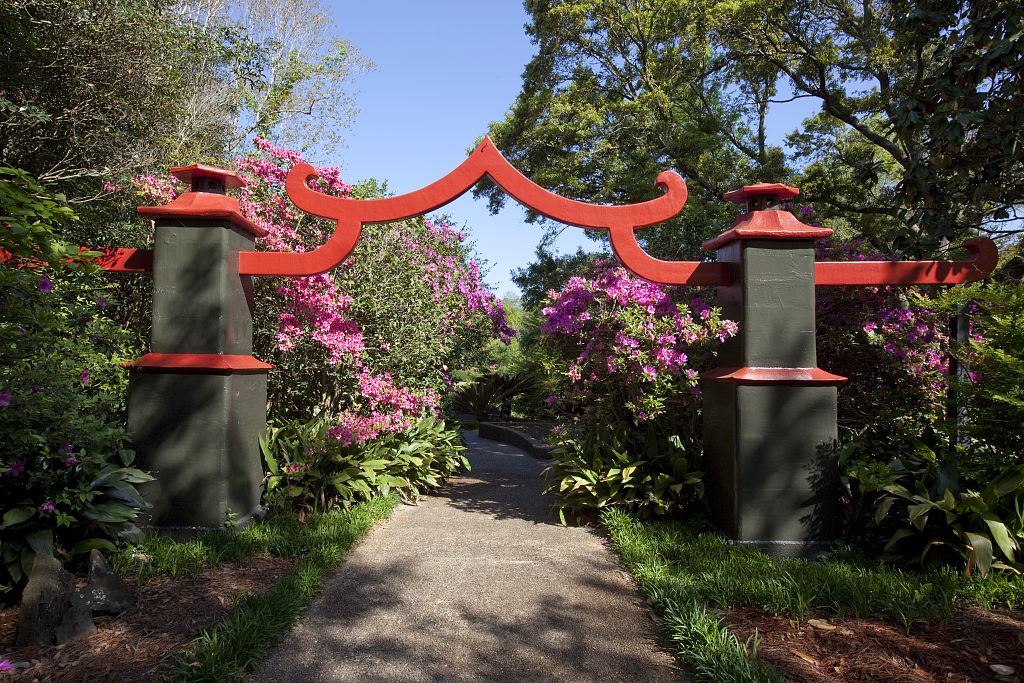 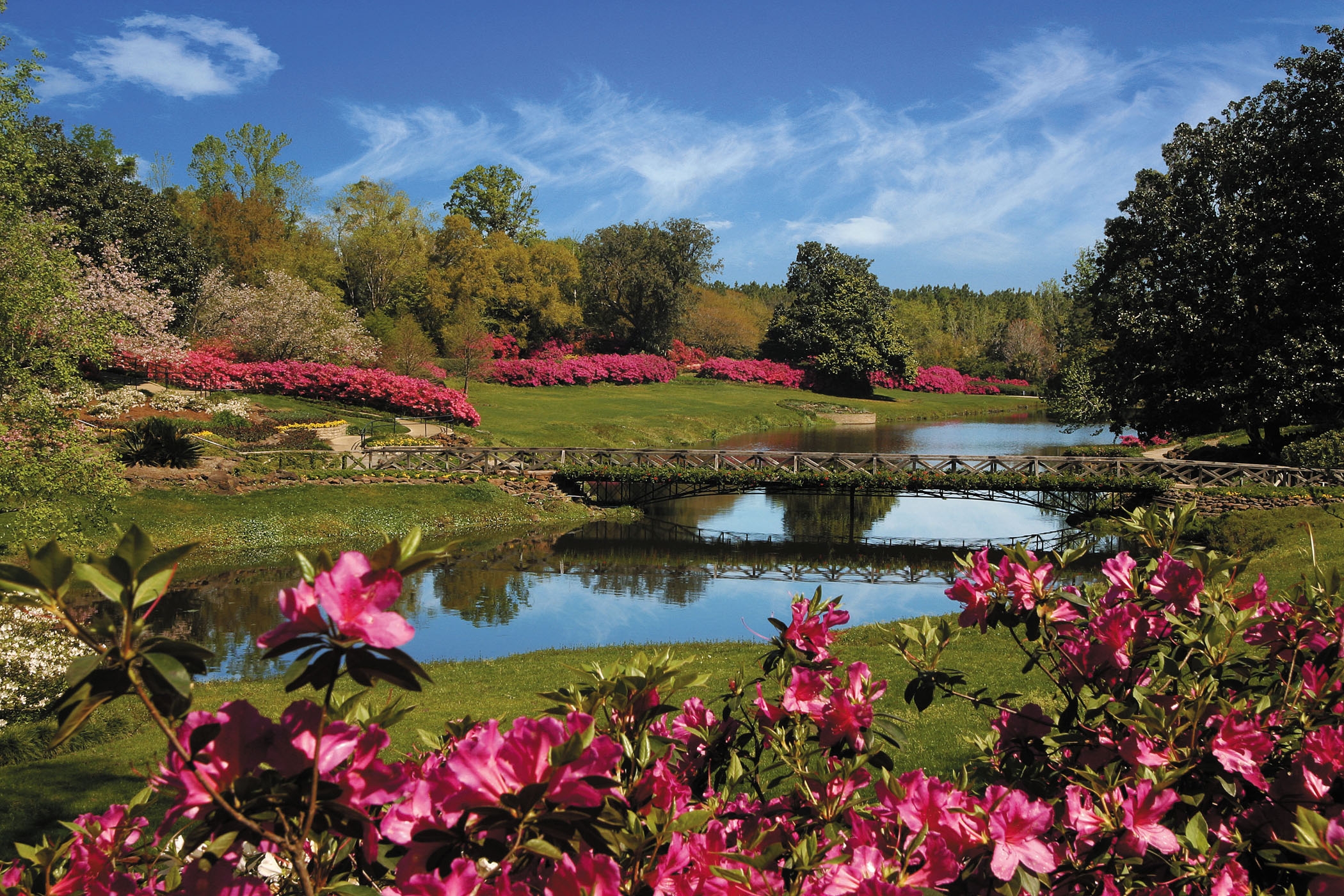 In 1950, a few years after Bessie died, Walter established a foundation that would assist in keeping the property open to the public. After he died in 1956, the estate officially became a museum, containing all of the Bellingrath furnishings.