Declared a National Historic Landmark in 1994, the Bottle Creek Indian Mounds is the second largest archaeological site in Alabama and on the Central Gulf Coast, consisting of 18 mounds (the largest one being 45 feet high). It is located several miles north of Mobile in a remote, swampy area in the Mobile-Tensaw River Delta. Given this inaccessibility, it is rarely visited and can only be reached by boat. It was inhabited by the Pensacola people—a variant of the Mississippian culture—between 1250-1550 C.E. The site was a significant social, economic, and religious center; its control of the rivers enabled it to control the trade networks in the surrounding region. Between 1991-1994, the University of Alabama conducted the first extensive excavation of the site. Among the archaeological remains they found were prehistoric and historic floors (the only ones found in the Central Gulf Coast region) and evidence of mound construction methods. The site was listed on the National Register of Historic Places in 1974.

An architect's rendering of what the mounds may have looked like. Credit: Richard Thorton 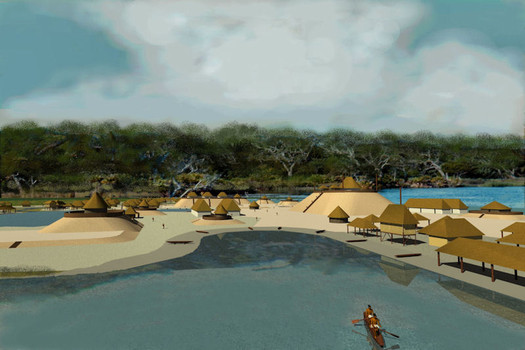 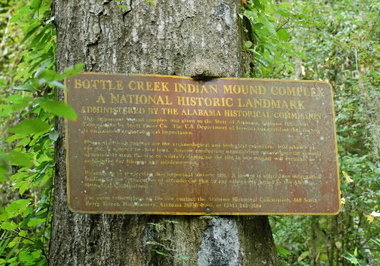 The site's remoteness has protected it from looting and also more extensive research. It was first mapped in the 1880s and later investigated by Alabama Museum of Natural History archaeologist David L. DeJarnette. The land on which the site is located was owned by the McMillan family, then a paper company, and then finally the State of Alabama.