The Dam Tender’s House (or Richards House) was built in 1816. It is one of the oldest homes in Perry Township and one of the oldest limestone structures still standing in Ohio. After being sold to the City of Columbus in 1904, it was used as the home for the Griggs Dam tender and his family. Efforts to restore the property began in the early 2000s, but city officials did not know what to do with the place. Finally, in 2017, the house became the Gregory S. Lashutka Event Center, named for one of the city’s former mayors.

This historic structure was once identified by the Columbus Landmarks Foundation as one of the most endangered historic sites in the city. 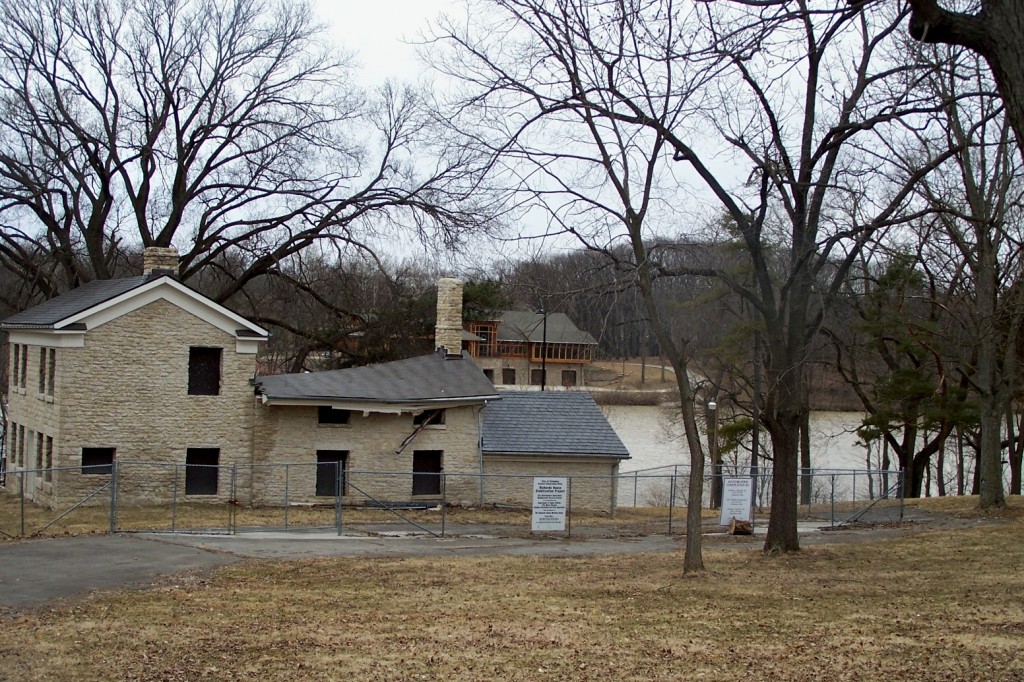 This house was built in 1816 by Ebeneezer and Lois Richards. It was later sold to the city of Columbus in 1904 during the construction of the Scioto Storage Dam (now the Julian Griggs Dam). Once the dam was completed in 1908, it was used by the dam tender and his family until technology was developed to open and close water valves without human assistance.

Almost a hundred years later, in 2003, the City of Columbus spent $250,000 on stabilizing the old building and adding a new roof, security system, and furnace. After renovations were completed the next year, the house continued to sit empty. By 2006, it had been covered in graffiti and was being considered for demolition. Plans changed after a 2007 study suggested that the house could be used as a meeting facility or business space. Still, change came slowly as a 2012 windstorm damaged the roof, and the house remained vacant.

The City of Columbus then decided to turn the Dam Tender’s home into the Gregory S. Lashutka Event Center, named after the mayor of Columbus from 1992-2000. Plans were laid out to expand the structure from 1,624 to 3,827 square feet so that it could serve up to fifty people. The project was successfully completed in 2017.