Goodale Park is the oldest park in Columbus and among the oldest in the United States. Dr. Lincoln Goodale, the community’s first physician and its first millionaire, donated the 40-acre space to the city in 1851 to forever be kept as a public park or resort. Once part of a neglected area of the city, the park has been improved by the Friends of Goodale Park who have raised $2 million in donations and grants to enhance the park from 1987 to the present. This effort coincided with the development of the Short North Arts District, an urban renewal project that turned former factory and warehouse spaces into a neighborhood full of art galleries, restaurants, and retail spaces beginning in the late 1980s. The park is home to several summer festivals and contains a playground, tennis courts, pond and fountain, and a signature gazebo.

This fountain was financed by the Friends of Goodale Park and designed by Columbus resident Malcolm Cochran. 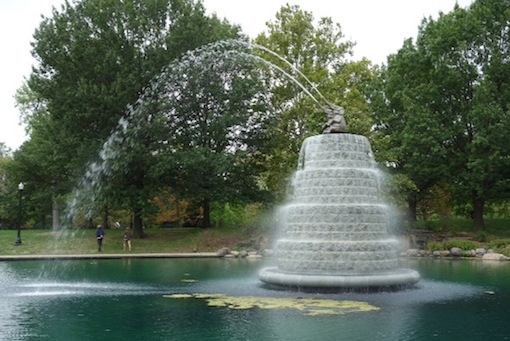 This statue of Goodale is located at the south end of the park. 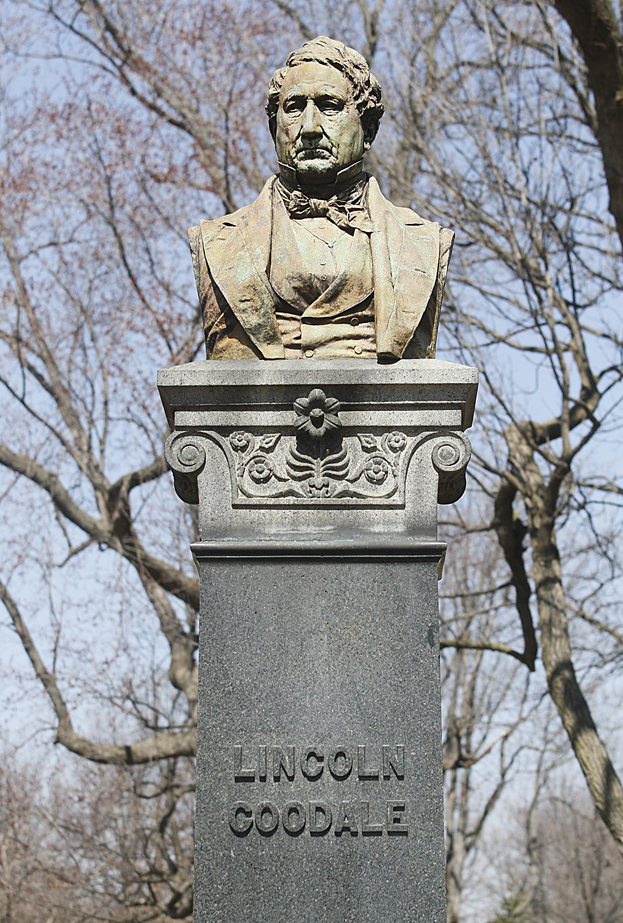 The fountain design pays tribute to the elephants of the Sells Brothers’ Circus House that entertained guests at the corner of Buttles and Dennison avenue. 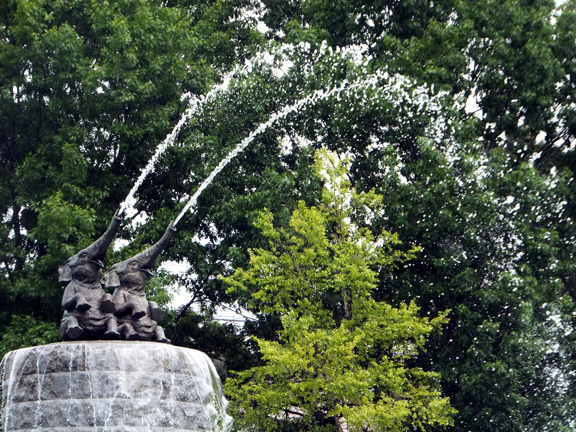 Dr. Lincoln Goodale was born in 1782, in Worchester, Massachusetts to Nathan Goodale, a captain in the Revolutionary War. After a few years of training under the tutelage of another physician, and at the age of 23, Lincoln Goodale moved to Franklinton, Ohio (west Columbus today). Goodale never married and amassed a fortune as a physician and merchant. He donated land and money to area schools and Capital College (today Capital University, a private liberal arts college just east of the city center).

Goodale donated the land and worked to oversee the development of the park that now bears his name, which was dedicated on July 14, 1851. By this time, factories and boarding houses for workers surrounded the area. As a result, some believe that Goodale was motivated by a desire to create a park that would be enjoyed by laborers and their children. Others point out that Goodale owned land surrounding the park and was hoping to gentrify the area and increase the value of his holdings.

For a short time following the outbreak of the Civil War, the park, as one of the only vacant spaces in the city, became a defacto Union training camp when seven thousand Union recruits were directed to make camp in the area. Goodale was a strong supporter of the Union and even served as a pall-bearer when Lincoln's funeral train passed through the city. However, he feared that the soldiers presence might lead to his park becoming a military installation and reminded the city that his gift specified that the land be used as a park, else ownership of the land would revert back to his estate. The city worked with Union leaders, and soon announced the creation of Camp Chase, just west of the city.

Although Goodale passed away in 1868, a statue of Dr. Lincoln Goodale greets visitors to the south end of his park.