The Fort Lauderdale Antique Car Museum is the vision of retired floral company owner Arthur O. Stone. The museum features dozen Packards (all in running condition) from 1900 to the 1940s, along with a gallery saluting Franklin Delano Roosevelt. In addition to cars, the museum interprets the history of automobiles through everything from grease caps, spark plugs, and gearshift knobs to Texaco Oil signage. 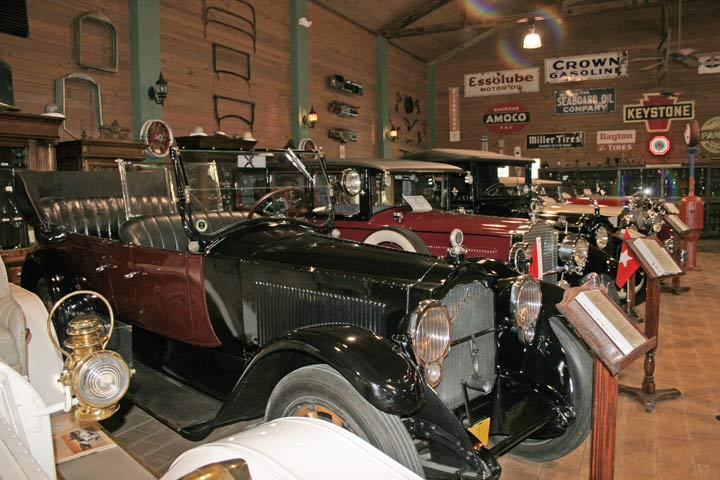 Arthur Stone made about a dollar a day, selling flowers on the streets of New York during the Great Depression. He became taken with the fancy cars that he would see role by. Stone moved to Miami in 1937 and then to Fort Lauderdale five years later.

Stone purchased Buning the Florist, a Fort Lauderdale establishment since1925, in 1944. After asking John Buning how much he wanted for the shop — $3,000 —Stone returned in a month to buy the business with a borrowed $2,500 and $500 of his own money. When he sold the business in 1999, it had grown to 11 stores with $6 million in annual revenue.

Arthur Stone bought his first Packard in 1948 for $700. His Packard fleet became so large that Stone established the museum to house them.

The 30,000 square foot museum is available to rent out for special events. There is also a research library.