Founded in 1929, Copper Falls State Park is one of Wisconsin's most scenic parks, featuring lakes, creeks, deep gorges, waterfalls and ancient lava flows. For thousands of years, Native Americans inhabited the surrounding region. The Old Copper Culture (3000 BC-1000 BC.) mined for copper in the falls area and used it to make tools and weapons. European-Americans arrived in the early 1860s searching for copper as well but these efforts did not produce much copper. After the park was founded, it was developed for tourism by the Civilian Conservation Corps and the Works Progress Administration. They cleared land for baseball fields, campgrounds, parking lots, and cut trails, built viewing areas, and other tasks. Due its terrain, most of the trees in Copper Falls were not cut down and the park has remained largely untouched.

The park features waterfalls such as this one. 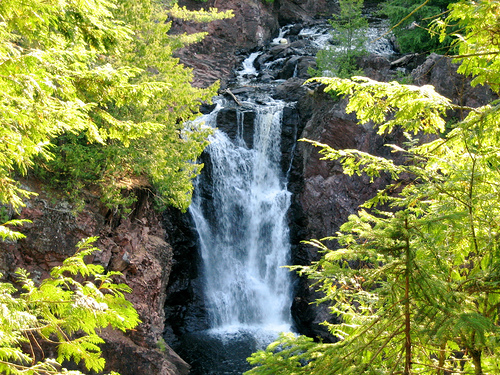 One of the shelters in the park 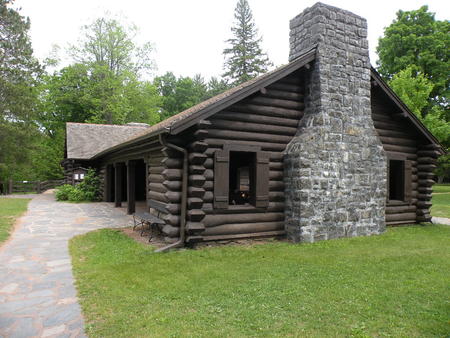