Riversdale is one of the last and finest examples of Federal architecture combined with European elements in Maryland. Restored in 1988, it was built between 1801-1807. Wealthy Belgian aristocrat Henri Joseph Stier started its construction. His daughter, Rosalie, and her husband George Calvert finished it. The Calverts were one of the prominent families in Maryland. George and Rosalie had nine children, five of whom survived to adulthood. One of them, Charles Benedict Calvert, founded the Maryland Agricultural College (now the University of Maryland at College Park) and, as a member of the U.S. House of Representatives, pushed the legislation that established the U.S. Department of Agriculture. Other prominent figures lived in the house: former California Governor Hiram Johnson, Senators Thaddeus and Hattie Caraway (his wife and the first woman elected to the Senate), and Congressman William Laferty of Oregon. The house was restored to its 1801-1821 appearance and is furnished with items belonging to the Calverts. It is listed on the National Register of Historic Places and is also a National Historic Landmark. 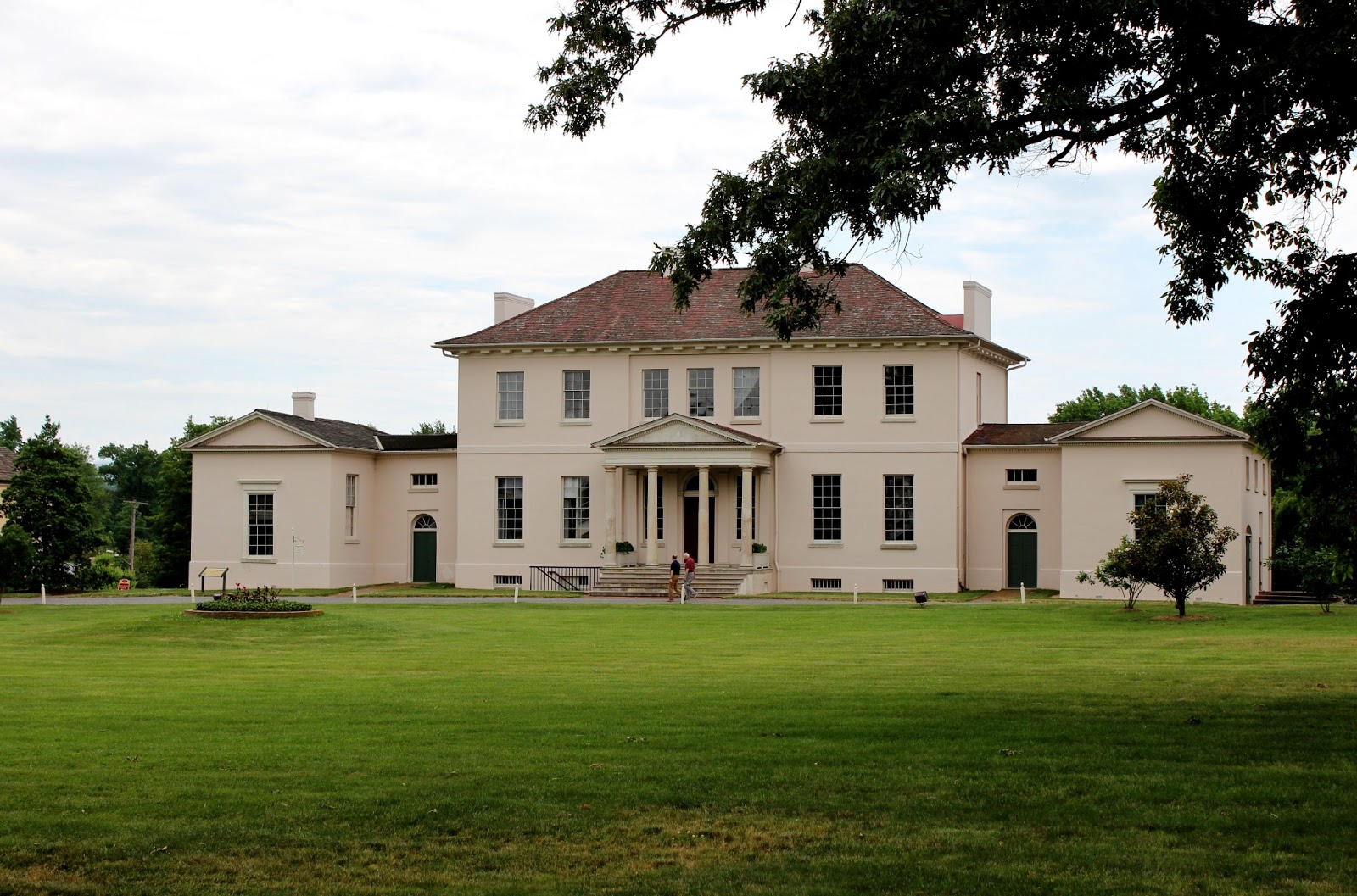 View of one of the rooms in the mansion 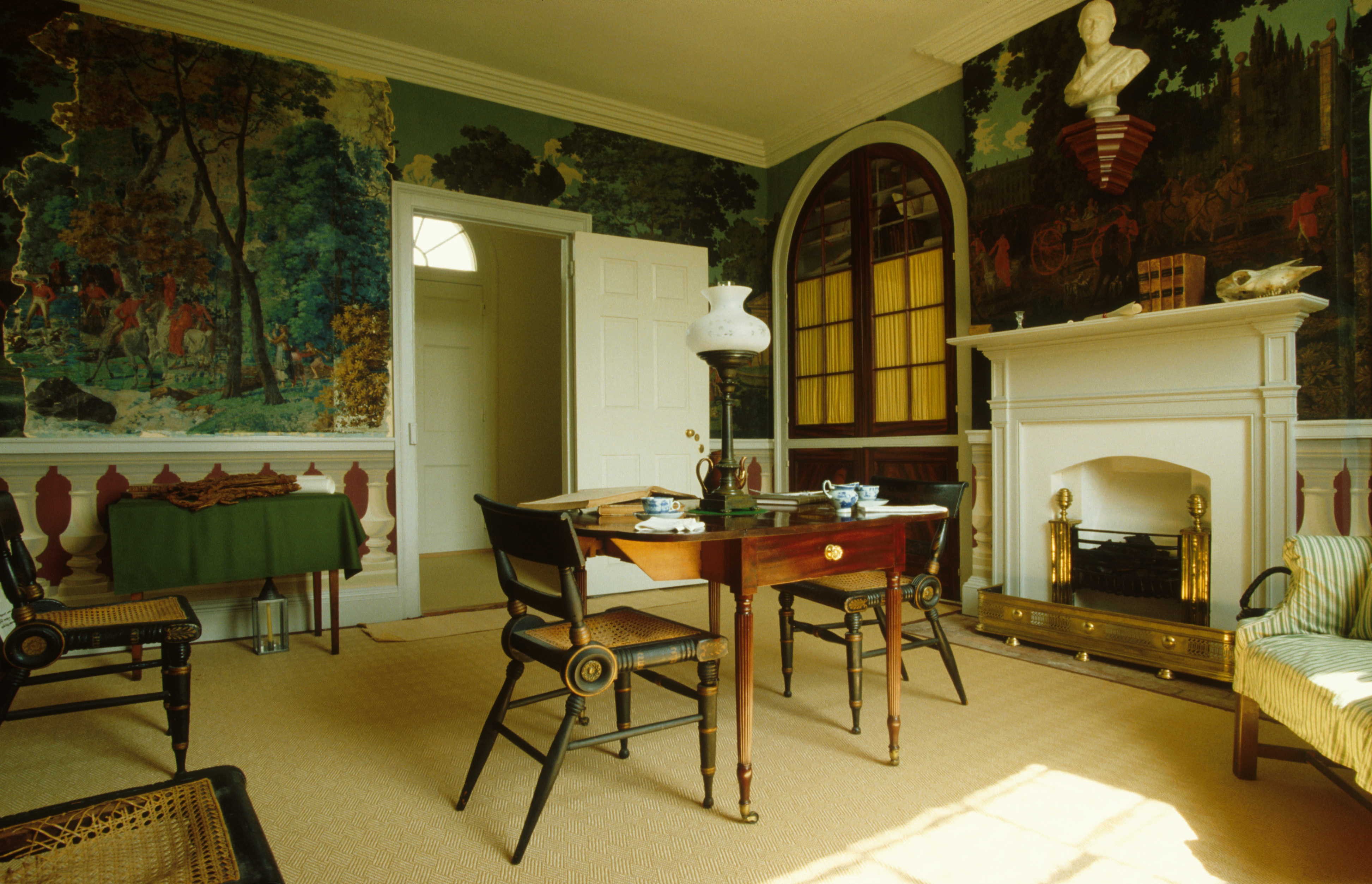 Riversdale, built between 1801–1807) stands as one of Maryland's grandest late Georgian, five-part houses and operates as a museum today. The historical significance of Riversdale rests with its builder Henri Josef Stier, his descendants, and many notable figures that stayed in the home, as well as one of its slaves whose diary can be read today. Steir's grandson, Charles, founded the Maryland Agricultural College (now known as the University of Maryland at College Park), served in the U.S. House of Representatives, and helped establish the U.S. Department of Agriculture.

In 1794 Josef immigrated to the United States from Belgium, then occupied by the French army. He and his wife, Marie Louise Peeters, first lived in Anne Arundel County and then Annapolis before building Riversdale, which he modeled after one of his European houses. In 1799 Joseph and Marie's daughter, Rosalie, married George Calvert, a descendant of the Lords Baltimore. In 1801, construction started on the Riversdale Estate and the grounds. By 1803, Josef and his wife decided to return to Europe, leaving his Prince George's County home in charge of Rosalie and George Calvert. They continued to oversee the rest of the mansion's construction, which did not get completed until 1807.

By the time the property had finished, its grounds had expanded to nearly 2,000 acres. The Stier family also maintained a significant number of Old World paintings in Riversdale during the early 19th century, considered by many to be one of the best collections at the time.

The Calverts were one of the prominent families in Maryland. George and Rosalie had nine children. Unlike the 20th and 21st century, children often struggled to survive into adulthood; four of the couple's nine children died early in their lives. However, one of the surviving children, Charles, went on to great success. Charles devoted his life to agriculture through his supervision of this 2000-acre farm as well as county, state, and national agricultural societies. As a member of the U.S. Congress (House of Representatives), he developed legislation that led to the creation of the United States Department of Agriculture in 1853. Charles also founded the Maryland Agricultural College (now the University of Maryland at College Park).

Other prominent figures lived in the house: former California Governor Hiram Johnson, Senators Thaddeus and Hattie Caraway (his wife and the first woman elected to the Senate), and Congressman William Laferty of Oregon. Henry Clay also visited the house many times, and it rumor has it that he developed the Compromise of 1850 while staying in Riversdale.

The historic house now functions as the Riversdale House Museum. In 1988, a renovation project restored the house to its 1801-1821 appearance, which includes furnishings belonging to the Calverts. Among the many items one can find in the museum are correspondence between Rosalie and her family after they had moved back to Belgium in 1803 (after the French Revolution). As well, one can read the diary of Adam Francis Plummer, one of the slaves who worked on the plantation. Born in 1819, he arrived at Riversdale at the age of ten and, unlike most slaves, was iterate. His dairy is one of the few first-hand accounts of slavery emancipation in Maryland.