Located just ten miles north of Murfreesboro, the Sam Davis Home and Plantation is a restored middle-class antebellum farm and plantation that has been giving guided tours since 1930. The original home was built in 1810 by Miles Ridley and renovated in 1850 by the Davis family. Aside from the Davis Home, the guided tour also includes the grounds, the former slave quarters, various outbuildings and the grave of its most famous resident, Sam Davis, “the boy hero of the Confederacy.” The home was added to the National Register of Historic Places in 1969.

Churning butter in front of the Davis Home. 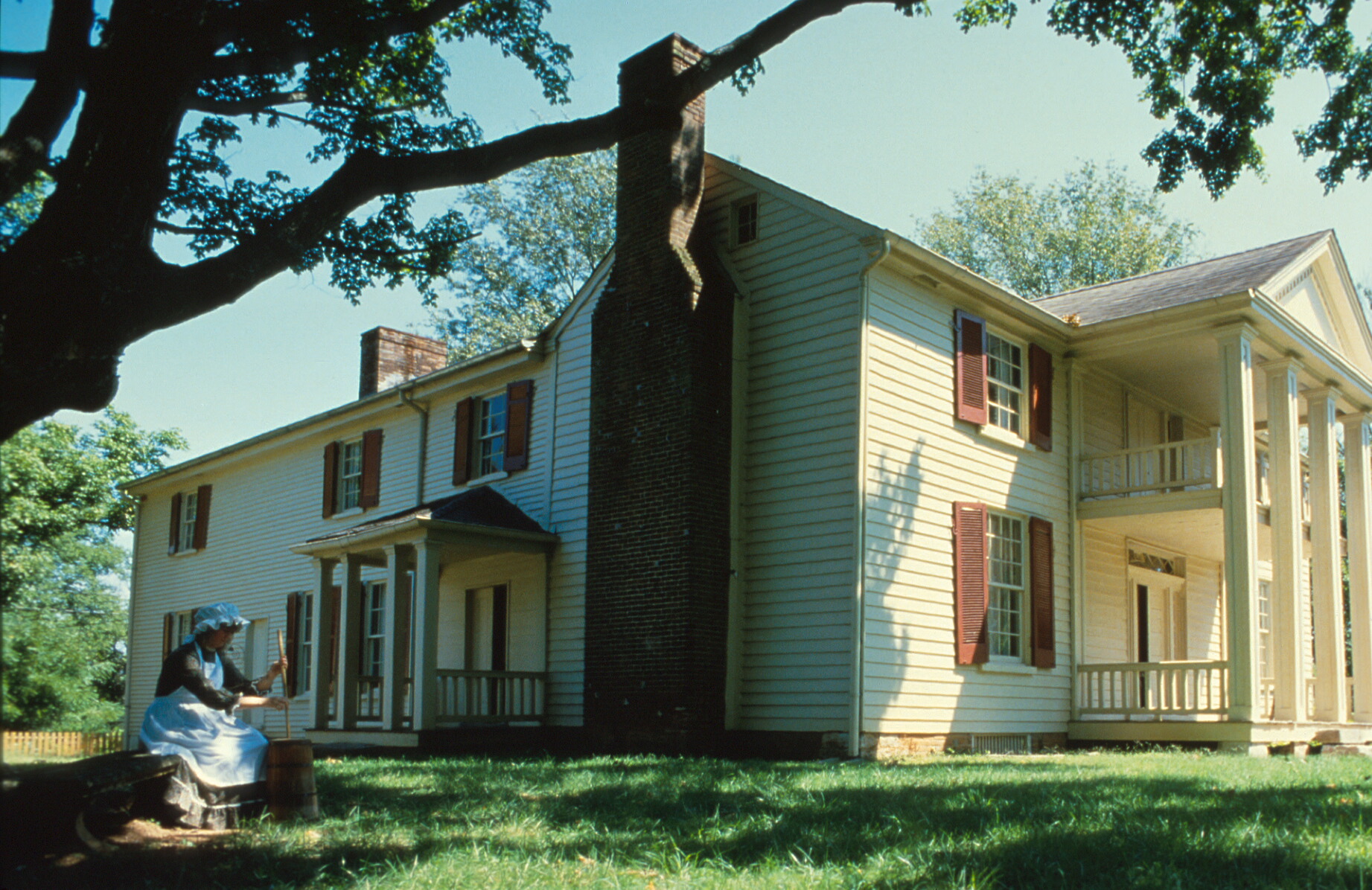 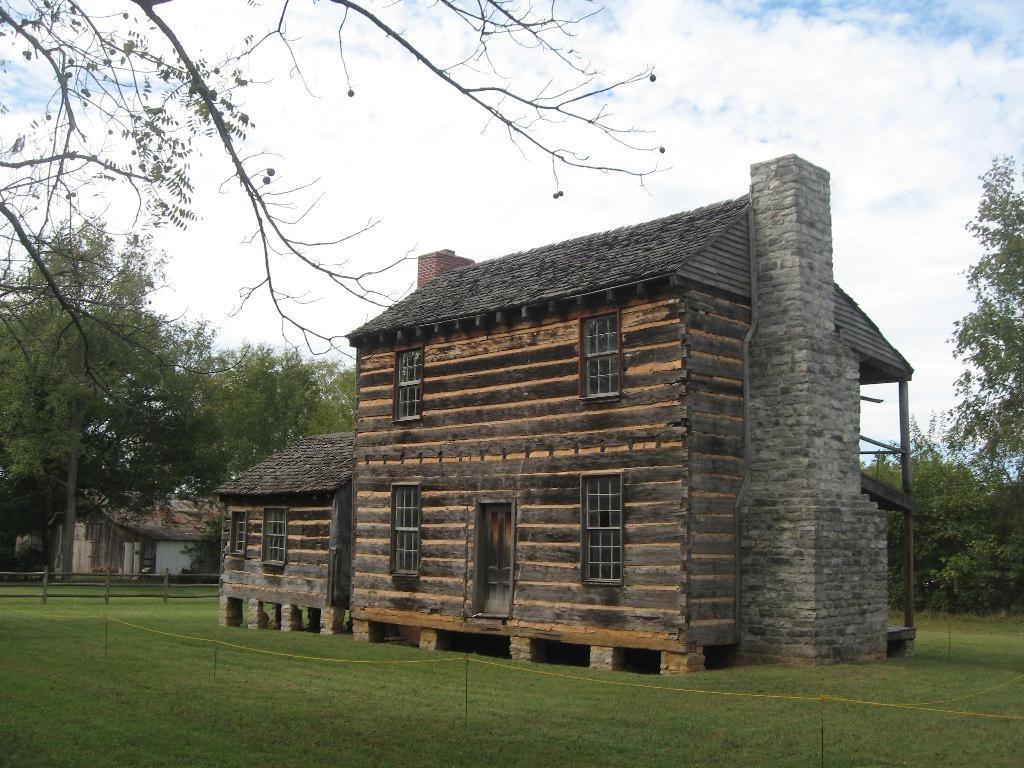 The grave of Sam Davis. 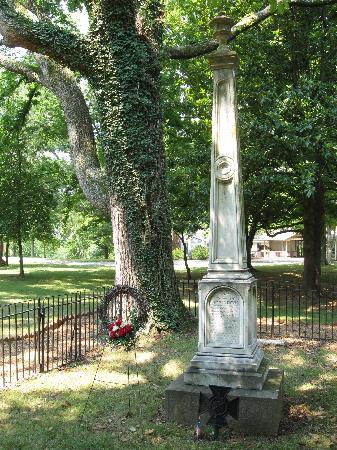 Born in 1842, Sam Davis enlisted in the Confederate Army prior to Tennessee’s secession from the Union in 1861. He served as a scout after middle Tennessee was occupied by Union forces. He was eventually captured by Union soldiers in 1863, court-martialed, tried as a Confederate spy, found guilty, and hung in 1863. He is famously known for going to his grave rather than revealing his sources as evidenced when he stated, “If I had a thousand lives to live, I would give them all rather than betray a friend or my country.” Davis was 21 at the time of his death.

His boyhood home was eventually purchased by the state in 1927 and opened to the public in 1930. The Davis home houses over 100 authentic family heirlooms and the doors, floors and a majority of the woodwork are original to the 1850 home. The plantation originally occupied 830 acres and the Davis family owned over 50 slaves by 1861. These slaves worked the fields, manufactured furniture, bricks, and clothing as well as worked in a Blacksmith’s shop.  Little is known of their lives prior to emancipation, but recent archaeological and archival work has revealed the fate of some after being granted their freedom.

A Civil War-themed museum opened in 2003 and the plantation hosts various special events to include Days on the Farm every May and Heritage Days in September. They also offer summer camps for children during the months of June and July. The plantation is also a popular site for weddings, parties, corporate events and photography.