Located in Bowie, this small park contains the restored remains of two former slave quarters that were once part of the Northampton Plantation, which was founded by Thomas Sprigg in 1673. Like other plantations in the area at the time, Sprigg owned slaves and grew tobacco. Archaeological excavations have revealed a lot about the lives of the slaves and later the tenant farmers who lived and worked here. Interpretive signs at the site describe this history in detail. Pottery sherds, animal bones, toys, buttons and other items have been found. These items as well as historical documents, oral histories and other sources of information have helped shed light on the social and religious life of these workers. 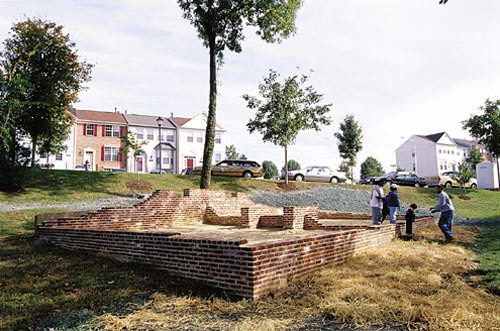