Dinosaur Park is of one of the most important fossil sites east of the Mississippi River. Fossils were discovered here (at the time it was an open pit mine) beginning in the late 1850s and they were eventually identified as dinosaurs bones and plants from the Cretaceous period, about 115 million years ago. The park features a garden of plants from that period as well as interpretive signs that describe the dinosaurs found, the prehistoric environment, and African American history of the area. The fossil deposit site is closed to the public except on open houses on the first and third Saturday of each month. Paleontological research continues today fossils discovered by the public during open houses are carefully catalogued and preserved. 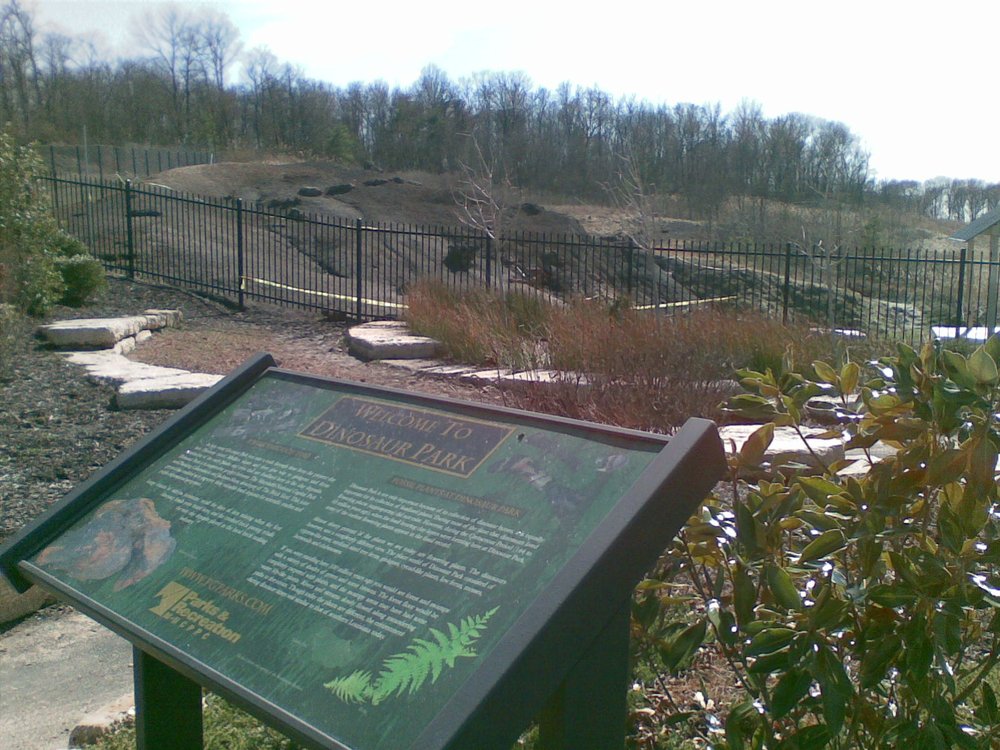 African American miners were the first to discover fossils in the open pit mine in 1858. Fossils, many of which comprised complete skeletons, from this site and others finally gave scientists a better understanding of what dinosaurs looked like. Collection continued unabated until the mine closed in the early 1900s. Research and collection began once again in the 1980s. In 2009, the site was fenced off in order to protect it.

The garden area and interpretive signs can be visited from dawn to dusk, seven days a week. The fenced fossil site is accessible during free Open Houses from 12 to 4 pm on the first and third Saturdays of each month.