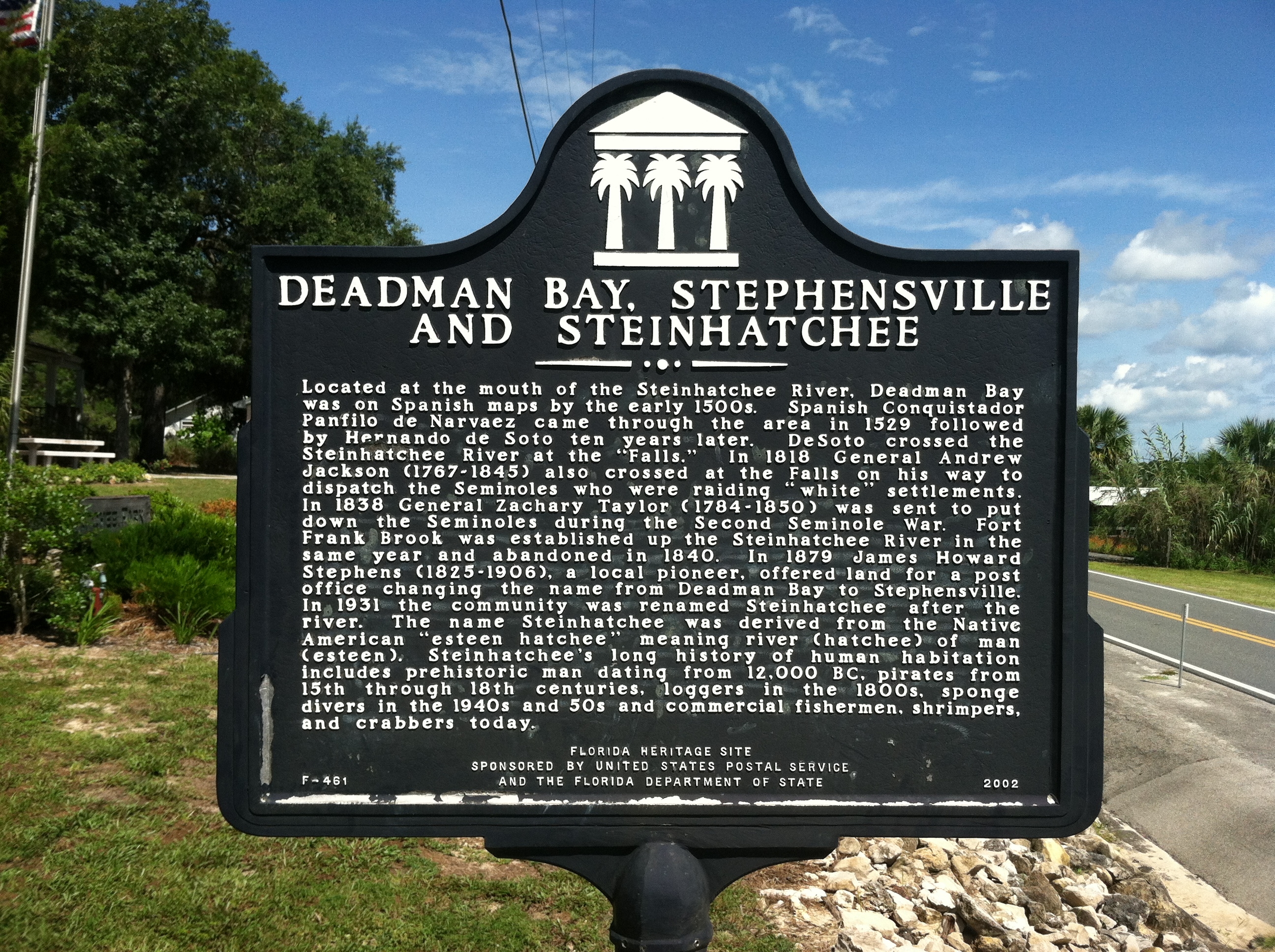 Ecosystem of the Steinhatchee River 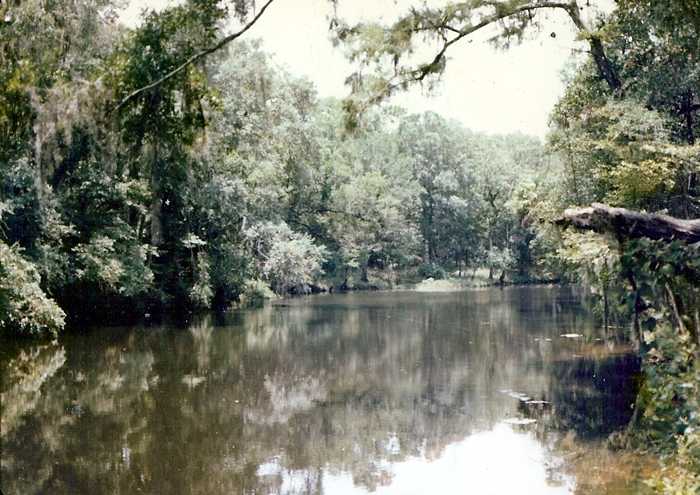 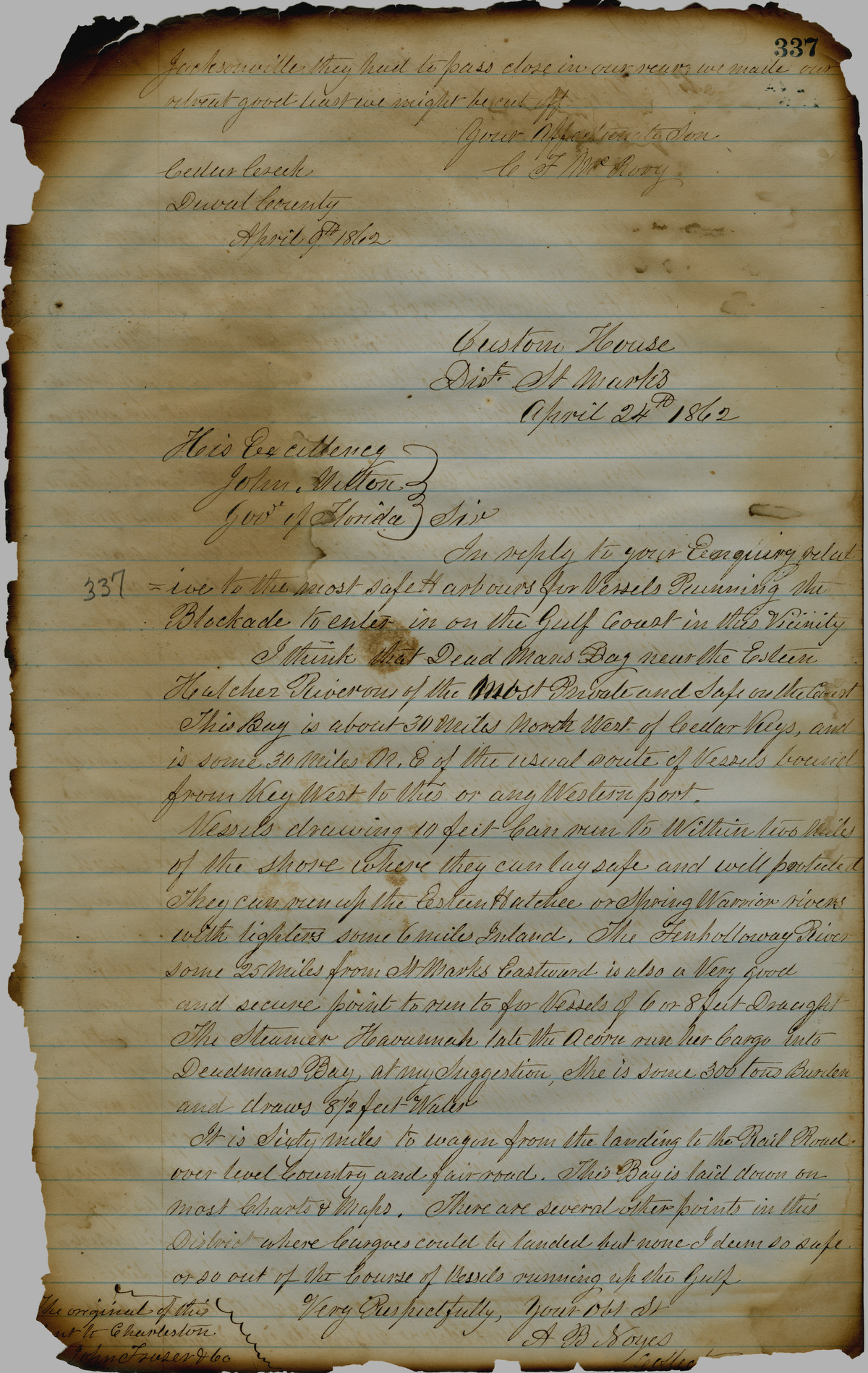 According to legend, Deadman’s Bay obtained its name after Native Americans found several white men floating in the Steinhatchee River in the 1500s. Most likely, these men were part of the Narvaez expedition, who arrived in 1528 near modern day St. Petersburg. Marching northwards through Florida’s interior, the Narvaez expedition met with hostile locals from various tribes, including , and, historians claim, it was Narvaez’s men who gave rise to the rumor of the white men found in the river.

Nonetheless, Deadman’s Bay is not recognized for its brutal history, but instead for its vast fishing prospects as well as natural defenses against harsh Gulf storms. With the Suwannee, -, Econfina, Steinhatchee, Fenholloway, and St. Marks rivers dumping mineral-rich soils and foodstuffs into the Apalachee Bay, the greater Bay area developed into one of the most productive ecosystems in the world. Furthermore, the slope of Deadman’s Bay is very gradual, allowing for shallow waters for greater distances. Not only did the shallow waters contribute to highly attractive fishing conditions for both Natives as well as early settlers, but also traveling ships and smaller vessels found safe anchorage and refuge in the bay.1

By the Civil War, with the Union Navy a blockade against all Confederate commercial ships porting in the Gulf, Deadman’s Bay also established a reputation as being safe and secure for vessels running the blockade. According to a 1862 letter by Florida politician John Milton, a major advocate of Florida’s ability to supply food and salt for Confederate troops, Deadman’s Bay was “one of the most Private and Safe on the coast.” According to Milton, blockade runners could “lay safe and well protected” in the bay, and they could run up the Steinhatchee or Spring Warrior Creek. From the Bay, Milton writes, blockade runners would have to travel about 60 miles to the railroad, over “level country and fair road.”2

Located at the mouth of the Steinhatchee River, Deadman Bay was on Spanish maps the early 1500s. Spanish Conquistador Panfilo de Narvaez came through the area in 1529 followed by Hernando de Soto ten years later. crossed the Steinhatchee River at the "Falls." In 1818 General Andrew Jackson (1767-1845) also crossed at the Falls on his way to dispatch the Seminoles who raiding "white" settlements. In 1838 General Zachary Taylor (1784-1850) was sent to put down the Seminoles during the Second Seminole War. Fort Frank Brook was established up the Steinhatchee River in the same year and abandoned in 1840. In 1879 James Howard Stephens (1825-1906), a local pioneer, offered land for a post office changing the name from Deadman Bay to Stephensville. In 1931 the community was renamed Steinhatchee after the river. The name Steinhatchee was derived from the native American " " meaning river () of man (esteem). long history of human habitation includes prehistoric man dating 12,000 BC, pirates from 15th through 18th centuries, loggers in the 1800s, sponge divers in the 1940s and 50s and commercial fishermen, shrimpers, and crabbers today.3