Tyre Glen and his wife Martha Glen were the first owners of the Glenwood Plantation, built in 1851, and are located in the community of Enon of Yadkin County. This is one of the largest plantations in North Carolina. The Glen home settled on 3500 acres and was home to over 200 slaves. The lands consist of servant quarters off to the side of the main home and slave cabins on the backside of the main house. Tyre Glen even owning one of the largest plantations was an avid fighter for abolition and was against succession of the states. He never held political office to change the views of the people but never ceased to give his opinion to his quests.

Front of the Glenwood Plantation Home 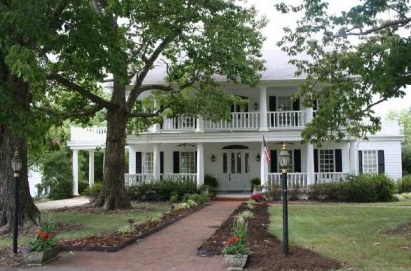 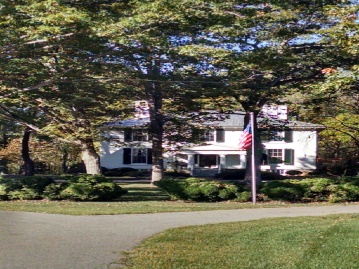 The Glenwood Plantation was built and owned by Tyre Glen and is in the small community of East Bend in Yadkin County. This plantation home is a large two story Greek construction with several large rooms on each floor. The home remained in the glen family for almost a century after its construction but was recently sold to another private owner.

In Tyre Glen’s early twenties, he became interested in the slave trade, but living in a small community in Stokes or Surry Counties, he could not ascertain the knowledge that needed to operate within the business. He met up with a man by the name Isaac Jarret from Mississippi that had many connections with in the business. Glen followed Jarret back to Mississippi where they stayed for roughly five years. This business relationship broke down and Glen returned to North Carolina with his own connections in the slave trade and his new wealth from the Deep South trade. After returning home Glen married and bought a 901 acre tract of land in what was then Surry County now Yadkin. This transaction was the first stretch of land added to the Glenwood Plantation.

Glen and his new Wife lived in a small home that was already on the land while his home was under construction. The supplies used to build the home were made on site or made from the materials on the plantation by the architect and the slaves, such as the logs for the building and the mantels of the fire places. This allowed Glen to watch over the entire process of the homes construction. The home took over five years to be completed but while it was under construction the cotton production boom all across the south. This allowed Glens slave business to increase significantly.

After the war was over Glen was still one of the wealthiest men in the region. He was able to hold his wealth by liquidating his slave stock throughout the war realizing that it was a futile attempt to hold rights over other people. Losing his major form of income he had to use the money retained from selling the slaves to hire labor for the farm. After a few years of trying to produce the same amount of crops on his lands using paid labor Glen began to sell lands that were not adjacent to the plantation home. Selling nearly 2300 of his 3500 acres Glen insured the family wealth and was still able to raise the production of his remaining lands. The smaller plantation in 1870 was valued at just over $15,000 and produced roughly $5,500 a year in agriculture. Tyre Glen died on October 7th 1875 and willed 14 separate tracks of lands to his offspring. The Glenwood Plantation remained in the family for a century before being sold off to another private owner.